What are Orgone Generators? By Tracy Mitchell 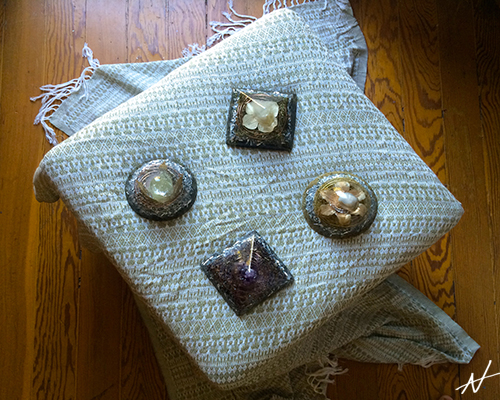 What are Orgone Generators? 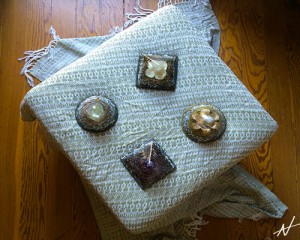 “The most beautiful thing we can experience is the mysterious. It is the source of all true art and all science.” – Albert Einstein

The word Orgone represents the idea of Universal energy. Universal energy is the vibrational makeup of all living and non-living things. It is the energy that animates our bodies, powers the sun, moves the planets, stimulates plant growth, and brings all life into being. It is a conscious or aware substance, though mainly unseen, that is always within and without and enlivens life. These ideas may seem really out there, so I will attempt to bring it down a notch (I swear I’ll try). Many cultures and spiritual traditions utilize this energy in their teachings, from the Far East to some Western traditions. It is called Ka in Ancient Egyptian, Ki or Chi in China,  Prana in Indian yogic tradition, Reiki for the Japanese energy healing system, Universal life force, Cosmic fluid, the enlivening factor, energy, and spirit. There are many more names for the same energy, but I am attempting not to bore you.

The idea of Orgone was created by a gentleman named Wilhelm Reich. He termed the word from the sensation of energy that builds up during sex to the climax of orgasm. This energy creates life and embodies spirit into matter.  Reich was Sigmund Freud’s pupil and protégé in the study of psychology and sexual function. He broke away from following Freud’s path by incorporating a taboo idea into his body of work. This idea states that there is cosmic energy within the body and environment that if imbalanced causes all sorts of issues, from psychological to physical. He experimented by utilizing an enhanced electron microscope and found that energy, or Bions, spontaneously sprung into life from the destroyed inorganic objects.

He thoughtfully created constructs that were composed of alternating organic and inorganic materials – fiberglass and metal – that caused Bions, or energy, to build and accumulate. In turn, these bions would affect an individual and his/her environment in a multitude of positive ways, with many claiming to have overall sensations of ease and comfort from pains and disease, followed by spontaneous healing. The documentation of much of Reich’s studies ended up angering the Powers-That-Be, and he was imprisoned because of his “pseudoscience.” He eventually passed while in prison and most of his work was stolen or buried with him.

From the remaining work that survived, researchers and explorers began reconstructing, as best they could, his old devices. They recreated tools that dealt with weather manipulation and healing the body by enhancing vitality.

Through these initial creative experiments the orgone tools evolved and new ways of creating them surfaced.

This is where my story begins:

Back in the mid ‘90s I became a guinea pig for the experimentation of Orgone accumulators. I had little idea as to their function or benefits. At this time, I was deeply involved in alternative psychology and metaphysics, attempting to understand myself in relationship to life. I had no idea what the layering of organic and inorganic materials might accomplish for an individual and his/her environment. For a test subject I was perfectly ignorant and naïve of the science and process behind Orgone accumulation. I didn’t even like the name Orgone, it was unfamiliar and unpleasant for me to mouth.

The beginning experimentations had little to do with weather modification or physical vitality. The orgone devices were all utilized by my mentor for metaphysical purpose. The energy was used to expand the auric field and kick off a Kundalini experience.  The aura is a field of energy which permeates your physical body, is generated by the emotional aspect of spirit, and survives after death. It is also the real you without a body. Now, Kundalini is considered a Conscious, or spiritual energy that lies dormant at the base of the spine. When activated it climbs up the spinal column causing an awakening of energy centers, or Chakras. This awakening eventually leads to enlightenment and Nirvana, or Christ Consciousness. The idea of having a personal relationship with spirit and following a process to awaken to a higher, spiritual self, helped me through these experiments.

Surprisingly, a multitude of states and experiences occurred from this experimentation.  I will name a few to illustrate what is achievable via their use:  astral projection and travel, psychic experiences, dream and meditative visions, subtle energy (or Chi) manipulation, physical manifestation of inspired thought, divine synchronicity, and most importantly, Kundalini awakening and Chakra development.

Furthermore, I found myself physically, emotionally, intellectually, and spiritually vital. I was full of energy and exuded a lust for life. The more energy my body took in, the more I felt full, expanded, protected, and self-assured.

Utilizing this Orgone energy became easier. The condensing of energy became sensual in nature and I learned practical ways to move it, to control it, and to project it into the physical world. Throughout the years, I began co-creating with my higher self. My relationship with spirit became substantial. I have an ‘it is not my will, but thine’ understanding. Spirit has the reigns and I am traveling with it in every moment. It inspires every thought, decision, and emotional expression; physical and spiritual experience.
Furthermore, I was led to instructions on alchemy, the metaphorical idea of turning lead into gold. I began learning the properties of metal and how they relate with specific planetary influences. From Jupiter and tin for expansion and benevolence, to Venus and copper for love and empathy, these ideas would transform my experience of Orgone to new levels.

Then, I delved into stones and how each purported a spiritual influence on the one who carried it. From Amethyst ‘spiritual awakening’ to Black Tourmaline ‘protection from negativity’, and Citrine ‘abundance’ to Quartz ‘spiritual cleansing’; the stones became another ingredient for my amulets.  I began utilizing the same substances they used in ancient times to create magic mirrors and fluid condensers.

In conclusion, the Orgone amulets are alive. They emanate a conscious power and vitality. Each has a purpose to assist in expanding the wearer’s consciousness to higher and more developed levels. They aren’t needed to achieve enlightenment, but can be extremely helpful with spiritual development. Spirit inspired my life with these beautiful tools and I am grateful to be able to share them with others.