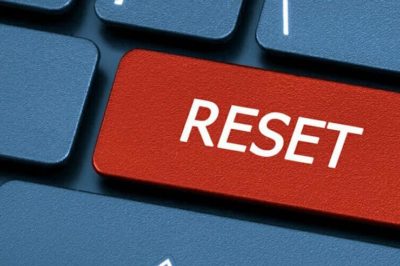 If the last two years taught us anything, it’s that humanity is now at its most critical inflection point. We stand at the precipice of a major turning in western civilisation – the culmination of a millennium of human development, seminal events, knowledge, and culture.

It is undeniable, yet not at all clear, the direction we are headed, or what the future holds, and who will be around to see it come to fruition. We are not seers or prophets and cannot peer into the future, but we can read the signposts of the past and present.

We have a wealth of shared experience and a vast living memory – a collective consciousness updated and added to every day. If we search humanity’s archive, we find answers to many of these questions. Those answers have always been available, gleaned from understanding ourselves, our journey as a family, and the human race.

French novelist Alphonse Karr famously coined the saying, “plus çachange, plus c’est la même chose,” or, the more things change, the more they are the same.

Yes, we have been here before.

Let’s step back to the late 19th and early 20th centuries – a time of upheavals and period of great turbulence on many human fronts – politically, spiritually, and technologically. The western world was in the midst of an existential crisis as secularisation brought with it two disruptive forces to the traditional order of knowledge and influence: the rise of the intellectual and mass media.

It is perhaps no coincidence that the world finds itself in a very similar impasse approximately a century later, with many of the same conditions present today, only on a much more pervasive level.

The parallels between then and now are astonishing. This should not be viewed as ‘history repeating itself’ but rather as a more intense interlude of what had already come to pass – only this time events are unfolding at much greater speed, propelled by advances in communication technology on a global scale inconceivable to previous generations. Such changes were equally profound in 1900, as were the transformations that took place across society.

As the 20th century approached, theology was supplanted by evolutionary science. An ascendant Darwinian authority presided over existential questions like “Who are we?” and “What is man’s purpose?”

Undoubtedly, this was a tumultuous time, intellectually and spiritually, with acrimony leading to heated exchanges between clergy and scientists, even leading to violent confrontations. But, with its newfound status, it was inevitable the secular power of Darwinian science would colonise the political and social sciences before giving rise to the sordid science of curative breeding known as eugenics.

Recent history leaves no doubt that if left unrestrained by morals and ethics, wanton destruction and incredible suffering are wrought in the name of science and progress. These forces of modernity materialise in today’s advances in genetic engineering that have brought us back to that point once again: humanity faces the dilemma of resisting game-changing advances of technology and innovation or surrendering to it and prostrating at the altar of science and progress.

We are an entire century into a fully secularised society in the West. Today’s tech gurus, vaccinologists, and public health officials now occupy positions of prestige and command the reverence once reserved for pontiffs, philosophers, and poet laureates. The divine mysteries have given way to the ‘divine’ algorithm, and timeless sublime prose to the transience of the latest epidemiological model – from Gandhi to Gates, Whitman to Whitty, in just a few generations. How else could a man like Dr Anthony Fauci, an 80-year-old career gatekeeper for the transnational pharmaceutical cartel, still occupy the US government’s highest-paid job, and recently voted People Magazine’s “sexiest man alive”? Albert Camus once said, “Nothing is more despicable than respect based on fear.” Indeed, if not for the wave of mass hysteria and fear that swept over the world in February 2020, few would even know of Dr Fauci, let alone revere him as a demigod. On one level, we may be deluded into believing that today’s gaudy exhibitionists are mere frivolities of pure media spectacle, but behind the facade of political celebrity is an unforgiving ideology called technocracy.

You will often hear the trope that “more people have been killed over religion than anything else.” If only it were true. The 20thcentury serves as a potent reminder of the misleading nature of that statement, for no other century witnessed the sheer brutality and crimes against humanity on an industrial scale perpetrated in the name of various despotic interpretations of some variant of social Darwinism or political science, reaching levels of totalitarianism never seen before in human history. There are too many examples: WWI, WWII, Nazi Germany, Soviet Russia, Maoist China, Cambodia, Vietnam, Central America, Afghanistan, and Iraq, to name only a few. In almost every instance, the preservation of secular dogma took precedence over the lives and souls of humans who were unfortunate enough to be caught in the crossfire of ‘progress’. Fascism, socialism, communism, neoliberal capitalism – each would justify collateral damage as a means to achieving the goal of transformation or the formulation of a new order.

In the 21st century, the forces that inherited the mantle of power – the dynastic families and special interests – are preparing the next act in this worldly saga.

So often it’s been said that in war, history is written by the victors, who impose what is known as the ‘living memory’ of a nation or people, chronicling a shared experience, generally of collective sacrifice undertaken for the greater good, and paying tribute to the martyrs along the way. These become the narratives that post-war orders and worldviews are built upon, a central pillar around which the reorganisation of society and economies occurs. Without marshalling the “narrative,” a ruling establishment cannot lead and steer society in its direction of choice.

What happens in the absence of a bona fide world war? Can elites still construct an equally compelling living memory which the people can rally around?

Grand narrative management is precisely what Klaus Schwab’s World Economic Forum (WEF) has been attempting from the onset of the ‘global pandemic’ crisis. In 2021, the WEF announced its “Great Narrative” initiative, although evidence for this project can be traced much further back through a number of their documents and website presentations.

To create the requisite living memory, Schwab and the WEF replaced the usual military war piece with the new war on microbes. “The pandemic has revealed the acute need to focus on the future and long-term health of our societies,” said the globalist luminary.

While the rhetoric sounds innocuous, everything we’ve witnessed over the last 24 months proves beyond any doubt that their hyper-centralised ‘public health’ planning has little to do with the health of the individual and more about how the individual can be more effectively managed to serve the collective, that in turn is to be administered by the new technocracy. The WEF is merely the latest avatar for this elitist ideology whose primary goal is always to meet the ruling oligarchy’s financial and consolidation goals and objectives. This was true 100 years ago as it is today.

Just as with the global financial crash in 2008, when elites privatised their profits and socialised their losses through gargantuan government bailouts, so too will elites seek to consolidate their baronial individual asset wealth portfolios and privileged asset classes while demanding infinite self-sacrifice for everyone else – all for the greater good, of course. It is also about managing expectations, as the WEF states:

“The Great Narrative Meeting [in November 2021] is a linchpin of the Great Narrative initiative, a collaborative effort of the world’s leading thinkers to fashion longer-term perspectives and co-create a narrative that can help guide the creation of a more resilient, inclusive and sustainable vision for our collective future.”

You might be asking: what is their endgame? Put simply, every new world order needs a financial reset, and in the WEF’s Great Reset, the plan is to intentionally overinflate and collapse the current fiat money system, reimagined and replaced by a new globalised economic system backed by a new superficial asset class under the guise of the “financialisation of nature.”

That plan gained a significant foothold in October 2021 when the Rockefeller Foundation and the New York Stock Exchange announced the creation of a new asset class that will effectively monetise the natural world as well as the processes underpinning all life. All in the name of “sustainability.” The lifeblood of this system will be a new Central Bank Digital Currency (CBDC) which will be fully programmable, meaning that the currency issuer can stipulate how the digital money is spent.

This is the highest form of social engineering conceivable and can become the payment mechanism for Universal Basic Income, allowing the government issuer power over what you are allowed to purchase. It could limit your transactions to green spending and ‘carbon-neutral’ activities. It’s also a system designed to eliminate upward mobility unless you gain promotion through the political economy.

It could lead to the ultimate victory of the technocracy. However, its Achilles heel might be that it seeks to remake the world in such a short space of time, presumably so these masters of the universe can marvel at their ‘remarkable achievements’ in this lifetime – the ultimate act of hubris by these self-anointed stewards of the planet.

When the technocracy movement first emerged in the early 20th century, contemporary thinkers raised the alarm that pseudo-intellectualism and the mechanised worldview augured an eventual collapse of western civilisation. The timeframe wasn’t clear, only that it was inevitable. In his historical literary work, The Decline of the West (1928), Oswald Spengler described the event horizon that eventually consumes all major cultures, and which generally have a limited lifespan of roughly one thousand years. He examined eight major civilisations as examples: the Babylonians, Egyptians, Chinese, Indian, Greco-Roman, Mayan-Aztec, Arabian, and European-Western. He envisioned the West being consumed by its intellectual vortex:

Today we live so cowed under the bombardment of this intellectual artillery, the media, that hardly anyone can attain to the inward detachment that is required for a clear view of the monstrous drama. The will-to-power operating under a pure democratic disguise has finished off its masterpiece so well that the object’s sense of freedom is actually flattered by the most thorough-going enslavement that has ever existed.

Now realise what is at stake. The unconstrained vision of Davos elites may become the final revolution within a larger civilisational cycle. The Covid-19 pseudo-pandemic would be one of the catalysing events in this process, followed by global cyberwar, and then finally ending in something more outrageous like a nuclear conflagration before ushering in a New World Order.

Such a protracted multi-phased upheaval would mark the end of the main features of modern western civilisation: the post-Westphalian nation-state, the era of enlightenment and rational thought, self-governing democracy and republican forms of government. The world would move into what Zbigniew Brzezinski called a Technetronic Era. Compared to the 20th century, this would more resemble a centralised command and control economy and a highly automated society. In terms of individual rights, it would look like a neo-feudal dark age.