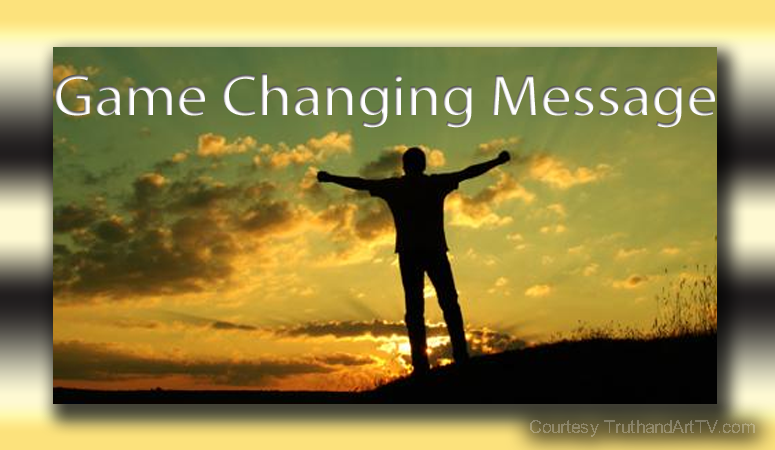 It isn’t always that I can say I’ve got a message for all freedom lovers that if you pay attention real closely I believe it can and will reaffirm or change your perspective. This is about getting down to the bottom of what it is we all value. Everything around us has value of some kind. Some things are more valuable than others and we, therefore, pay more mind to those things. We ultimately choose what is most dear to us and what we value the most. Whatever that “thing” ends up being, that is what we spend our time and energy on.

The times in which we live are historic in many ways. Things are happening that we have not seen or perhaps even imagined before. Yet they ARE happening. Maybe it’s me but doesn’t it feel like our perception of time has changed dramatically in comparison to past decades? Now one day seems equivalent to one year of yesterday and political events and developments are happening by the hour, a speed unheard of throughout history.

Perhaps this is a natural phenomenon that humanity experiences when awakened to outside turmoil implying an imminent threat and danger. If this is so, then I believe the current engineered political climate in America would explain this time perception difference. This, no doubt then would be a physiological side effect of the “revolution” and “chaos” being engineered by George Soros’ Liberal Left and their mainstream media machinery.

I equate this phenomenon of modern day events happening so quickly to a time warp seen in science fiction films. Are we in a time warp as we speak? Although time itself is an illusion based on moving objects in space, and although the concept of time warp is largely said to be a fictitious concept I believe that if there is such a thing as a time warp it would be all imaginary by definition. Thus it would be something strictly perceived by the human race not something tangible to prove. Taking all of this into account then very likely we are in one right now. That’s right! I believe we are perceiving time as moving very fast directly due to the speed of developing events of our time. Think of modern day events and developments also as a storm where things are happening fast because many segments of the species are fighting for survival. Don’t forget the “survival” mindset is a basic human instinct. If allowed to take over it can push away reason and logic while embracing emotions and fear.

In summary, human “purpose” has been manipulated at a mass scale here in America and people everywhere are being subjected to a chaotic rapid moving situation forcing people to react in survival mode. And that brings me to today’s message.

Today’s message will likely not be received by those who are fearful, living in chaos or anger, however. Quite the opposite, it will be received by those who think critically, have a good sense of history and are likely to apply reason and logic when it comes to solving problems. The solution I offer is simple. It starts with basic logic and truths about what “America” represents, what’s happening today and what might be the best and most logical and reasonable political attitude to apply today in order to achieve the goals we are striving for and in order to help humanity rise.

My message is simple today, rediscover the mechanisms that were set in place to give ourselves the best crack at freedom from oppressive government, accountability and justice. Think of America as a car that needs fixing and instead of fixing it, restoring or even fighting for it to the bitter end some prefer to throw it away instead. But is this the best move or is there a better way?

Bernie is a revolutionary writer with a background in medicine, psychology, and information technology. He is the author of The Art of Overcoming the New World Order and has written numerous articles over the years about freedom, government corruption and conspiracies, and solutions. Bernie is also the creator of the Truth and Art TV project where he shares articles and videos about issues that raise our consciousness and offer solutions to our current problems. As a musician and artist his efforts are designed to appeal to intellectuals, working class and artists alike and to encourage others to fearlessly and joyfully stand for truth. His goal is to expose government tactics of propaganda fear and deception and to address the psychology of dealing with the rising new world order. He is also a former U.S. Marine who believes it is our duty to stand for and defend the U.S. Constitution against all enemies foreign and domestic. He believes information and awareness is the first step toward being free from the control system which now threatens humanity. He believes love conquers all fear and it is up to each and every one of us to manifest the solutions and the change that you want to see in this world because doing this is what will ensure victory and restoration of the human race and offer hope to future generations.