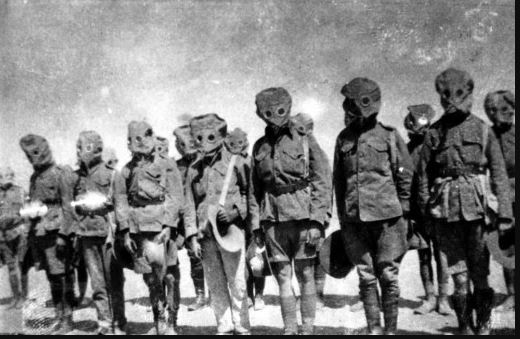 (Natural News) The Guardian, a mainstream propaganda outlet based in the United Kingdom, recently ran a hit piece blasting a Christian missionary for distributing a natural remedy known as Miracle Mineral Solution, or MMS, to malaria patients in Uganda for free, erroneously describing it as “bleach.”

Writer Alon Mwesigwa repeatedly insinuates in his article that New Jersey pastor Robert Baldwin is somehow taking advantage of vulnerable Ugandans simply by giving them MMS, an innocuous mineral supplement that, despite being a constant target of the health police, is successfully used by millions of people all around the world.

Many claim that MMS is powerfully effective against not just malaria, but also HIV, AIDS, and even cancer. It’s also inexpensive and easy to make, which is why Big Pharma and its media mouthpieces like The Guardian are constantly attacking it – even as they remain mysteriously silent about the dangers of sanctioned “medicines” like toxic chemotherapy, which was actually derived from the mustard gas chemical weapons used during World War I.

While it only takes a few drops of MMS to achieve results, chemotherapy requires that a patient’s body be flooded with large quantities of an FDA-approved biological weapon, and one that completely annihilates that patient’s immune system, potentially leading to death.

MMS has never killed anyone, as far as we know, and even Mwesigwa admits that the only real side effect from using it is possible diarrhea. But this didn’t stop him from maligning MMS regardless, as well as casting aspersions about Baldwin’s motives – Mwesigwa made sure to put quotation marks around Pastor Baldwin’s “church” to imply that he’s some kind of scam artist.

The intended spin of Mwesigwa’s article is to make Pastor Baldwin out to be some kind of witch doctor peddling snake oil, even though Pastor Baldwin isn’t making a dime from MMS as he distributes it for free, partially at his own expense.

Meanwhile, the conventional cancer industry rakes in untold billions of dollars by peddling the snake oil of toxic chemotherapy, which kills more than one million people every single year.

If it works and it’s cheap, you can be sure the government and media will demonize it

Perhaps the worst part about Mwesigwa’s article is his contortion of statements made by Pastor Baldwin about having to “stay under the radar” with his distribution of MMS. Describing MMS as “quack medicine,” Mwesigwa tries to make it sound as though Pastor Baldwin is running some kind of racket, when in fact he simply knows that Food and Drug Administration goons have literally raided people’s homes and businesses over the mineral solution, which threatens Big Pharma’s bottom line.

“We don’t want to draw any attention,” Pastor Baldwin is quoted as saying about his smart approach. “When you draw attention to MMS you run the risk of getting in trouble with the government or drug companies. You have to do it low key. That’s why I set it up through the church.”

“America and Europe have much stricter laws so you are not as free to treat people because it is so controlled by the FDA. That’s why I work in developing countries,” Pastor Baldwin added, emphasizing that health freedom is increasingly under attack throughout the West, and not as much in Africa.

For more news about how the government and media constantly attack our right to choose our own medicine, be sure to visit HealthFreedom.news.