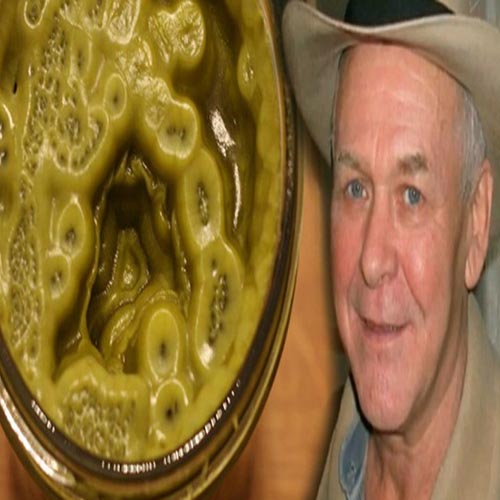 Someday, everyone will know the name ‘Rick Simpson’. Why? Because, according to sources, the man rediscovered the cure for cancer. After being diagnosed with basal cell carcinoma skin cancer in 2003, Rick underwent conventional treatment and surgery. The Western method of ‘treating’ the issue, however, did little to benefit his condition.

Getting desperate, Rick decided to do something drastic – at least in the eyes of the mainstream.

Rick remembered that thirty years prior, the University of Virginia discovered that cannabinoid in cannabis THC could kill cancer in mice. He figured, “If it works for mice, why not for me?” Therefore, began applying cannabis oil to his skin cancer.

He figured that if the oil didn’t help within four days, he would give up the practice. Amazingly, in just that short period of time, his cancer disappeared. That’s when Simpson knew he was onto something.

Simpson’s success inspired others to give cannabis oil a try as an alternative treatment for cancer. And guess what? The therapy has proven to be wildly successful for a wide variety of ailments.

Because of such, the public’s perception of the herb as a medicine has changed drastically in recent years.

Which means, if you or someone you know is suffering from Cancer, it might be the time you try out Rick Simpson’s personal cannabis oil recipe.

IMPORTANT: These instructions are directly summarized from Rick Simpson’s website. Be VERY careful when boiling solvent off, the fumes are extremely flammable. AVOID smoking, sparks, stove-tops and red-hot heating elements. Set up a fan to blow fumes away from the pot, and set up in a well-ventilated area for whole process.

Start with one ounce of dried herb. One ounce will typically produce 3-4 grams of oil, although the amount of oil produced per ounce will vary strain to strain. A pound of dried material will yield about two ounces of high quality oil.