“Please… Come Into the Sanctuary of Divine Love in the Secret Heart of God.” 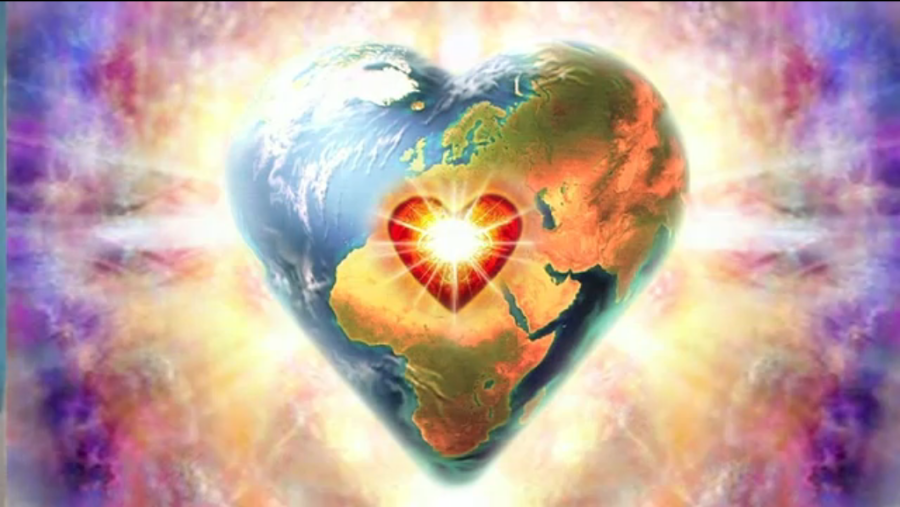 “Please… Come Into the Sanctuary of Divine Love in the Secret Heart of God.”

May a Blessed and Serendipitous New Year Come Upon You in 2020!!!

I’ve talked about Materialism and its direct offspring on a number of occasions. The reason I have done so is that I consider it to be CRITICALLY IMPORTANT to the quality of life and the PREDICTABLE direction of it; where it will end up. The offspring are the major players in the general life drama of us all. For most of us (so far) it is, thankfully at a distance. We are more likely to hear about or read about it than we are to experience it. WE DO EXPERIENCE IT, in the overall climate and atmosphere of our times.

For instance… 9/11 changed all of our lives, yet the larger majority of us were not in New York City on that day, or even in New York, or on the East Coast, for that matter, BUT it dramatically altered our lives; more than we generally notice. When Nitwityahoo, Ehud Barak, Michael Chertoff, Dov Zakheim and quite a number of others, in concert with PNAC, plotted out the attacks, they knew full well what the results would be.

It changed airline travel for us forever. It took the fun out of travel. It ushered in the age of Fake Terrorism, Incipient Police State Apprehension with Paranoia and the whole fabric of existence went to chiaroscuro shades after that. THEY DID THIS TO US and some of us have long known the answer to ‘most of the questions’. For those of you who do not know, not counting those WHO DO NOT WANT TO KNOW, here are 3 of the most powerful treatises on the affair, in no particular order of importance. First we have the work of a man I consider a good friend; Christopher Bollyn, though we’ve not all that much to do with one another in the day to day, besides laboring in our particular fields of enterprise, which parallel. He is, however, a friend to all of us, whether we know this or not; a man of profound courage and shining integrity and much the same can be said about these other heroes and true soldiers of the living God.

Next, there is the commentary by Zander C. Fuerza. Thank you, you warrior priest on the side of the angels! Finally we have the detailed overview by Victor Thorn, who has written many another work on behalf of the awakening of the human race.

If, by the time you have finished any of these and you don’t have a good idea of what happened, you don’t want to know, or you are terminally blind or demonically possessed, the way a Christian Zionist is, who… despite incontrovertible evidence, refuses to acknowledge the truth. It is a conundrum, when those who purport to believe in the living spirit of Liberty and Salvation, which ‘is’ Jesus the Christ, refuse to accept what runs counter to what they prefer to believe is true and which is often not true at all.

I do not want to talk about 9/11 today. Why I opened with this, I do not know. It came out of somewhere (heh heh, I almost reflexively said, “nowhere”). I wanted an example of conditions of life, brought about by the offspring of Materialism and somehow 9/11 jumped in and said, “Pick me!” So I did. End Digression… 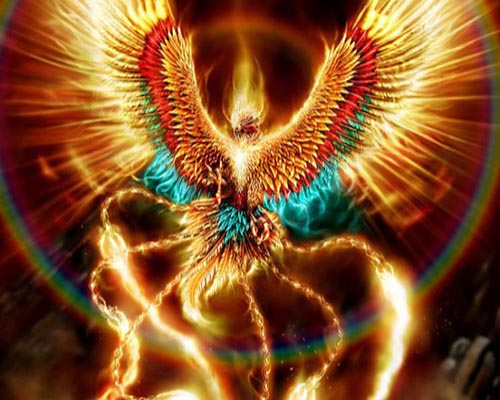 At the heart of the motivation of every Materialist is ‘the desire for acquisition and control’. The area in which a Materialist operates, is an environment of madness. After a certain point it is all Krazyville. It doesn’t appear to be crazy because everything makes sense, within the space capsule of their contained environment. It is, perhaps, how a rich man might look at the homeless crisis. He thinks these people are either degenerates, or people who made poor life choices …but he does not see how everything he does is directly tied to the creation of it, because of the system of enterprise he engages in. I’m not saying most of those people (all of them really), aren’t where they put themselves. What I am saying is that the collateral damage increases by increments, as Materialism intensifies. When the richest 10% owns 70% of the wealth, there is going to be guaranteed disparities and the wreckage of a significant amount of broken lives is going to wash up, with all the other flotsam and jetsam, on the shores of these vanishing times.

Materialism breeds Insanity and as materialism increases, so does the insanity. Materialism also breeds generations of people who do not believe in God and each generation is more inclined toward disbelief in a divine being than the one before …and you start to wind up with generations of vipers and “where there is no vision, the people perish.”

What I am hoping to do here is to provide you with a basic truth that I believe is beyond argument to the point that it could be called a law of nature. When you bend nature out of shape, such as building large, congested cities, where nature has been mostly eliminated, you wind up with a preponderance of unnatural lifestyles. You wind up with more and more sexual aberrations and dysfunction, which are then verified by ‘experts’ as natural. You wind up with spontaneous ignitions of violence and an ever increasing indifference to the well being of others, unless of course, by virtue of economic privilege, you can live in protected enclaves, while demanding open borders into your country and an endless array of privileges and rights, conferred on immigrants that are denied to the natural citizens.

In times of Material Darkness, CRAZY becomes the order of the day, as Materialism intensifies and the crazy gets more and more crazy, with every passing day. It happens in progressive stages, so that it can be hard to detect how HERE got THERE but… unfortunately, a particular direction will always lead to a particular location. You can look at that literally, like Highway 40 takes you to Oklahoma City, OR depraved behavior is going to, inevitably lead to certain conditions and states of being. There may be several options in that but none of them are desirable.

Along with Insanity and Atheism as offspring, you get Satanism because Satanism is the religion of Materialism. Unlike most, I’ve read “The Satanic Bible” by Anton Szandor Lavey. I’ve also read, “A Witches Bible”, “The Grimoire of Pope Honorius” and many another text of the kind. There is little difference between the practices of a Satanist and a dedicated Materialist. Why did I read those books? I prefer to know what I’m talking about before I start talking. Strangely enough, even in these time of epidemic stupid, you do run across people who might be informed about what you are saying. It then, should go without saying, that it is a good idea for you to be informed too.

Perhaps you have wondered where all the Pedophilia is coming from. Has it always been so and we’re just finding out now? Is it the work of Mr. Apocalypse that is exposing this and so many ancillary practices? That’s part of it. Apocalypses are regular occurrences, even if they don’t come round that often and Grand Apocalypses are very rare. The truth is that Pedophilia is a rite of passage on the dark highway to spiritual perdition. It’s a requirement at a certain point because one of Satan’s chief amusements is the despoliation of innocence. Whatever offends God the most is what is most attractive to the minions of evil. In order to come to certain states of spiritual darkness, you must kill out certain human qualities within you and there are particular blood sacrifices that will very successfully damn you effectively to that end.

We are in the times of the greatest spiritual trials and tests of them all. As a result, the opportunity for spiritual advancement in this time is remarkable… Unique and extraordinary beyond my capacity to define it. Chances like this REALLY don’t come around very often and… as we’ve said many times before, that is why there are so many distractions and also why there are so many people here, whether they know it or not.

When you are pursuing the course of Spiritual Evil, there are stages, very much like the Stations of the Cross. In fact, the parallels are surprising for those informed and at each stage, where Evil is the objective, one is possessed by a different entity who then operates through you, just as is the case in the realms of light, when one channels a deity, an angel, or illumined spirit. I’m not referencing New Age Hucksters here. On any given day, if you pick up one of those voluminous New Age newspapers, in any major city, you’ll find quite a crowd of individuals, ALL OF WHOM ARE CHANNELING Jesus Christ, Archangel Michael (he’s very popular). The Comte de St. Germaine (also very popular), Moses, Abraham and many another. Talk about multi tasking. Some of these notable spiritual personages seem to be very busy indeed. Sadly… for those born every minute, you’re not getting the real deal.

There are broadcasting towers on the Lower Astral Plane that are 24/7, sending out subliminal messages, into the greater human subconscious and the unwary are being siphoned up (and siphoned into) right and left. The hunger for Pedophilia and all manner of other special tastes (no longer that special) are being urged with a great intensity from these conning towers. I say ‘conning towers’ because submarines have them and it is an appropriate image when discussing the ocean of the subconscious.

I met so many people in my various periods of incarceration, who could not remember doing what they did, or could not fathom why they did it. These subconscious broadcasts is why that is. If EVER THERE WAS A TIME to get right and stay right with The Lord (however you understand that) NOW IS THE TIME. This is the hour of The Summing Up. This is the harvest time. Literally there will be two men standing in a field and one will be taken and one remain. Two women will be grinding at a mill and… so on. What precedes that scripture is very interesting;

Materialism… Insanity… Atheism… Satanism… Chaos and Confusion… a pandemic of licentious excess… Possession… Sanity is halfway out the door of the building. None of these disturbances, calamities or catastrophes need concern you, if you have entered into the sanctuary of divine love, in the secret heart of God …but I think you can rest assured (poor choice of words, Visible) that there will be ♫ a whole lotta shakin goin on ♫

♫ Listening to God in the Morning ♫
“If only we did listen to God in the morning we wouldn’t have so much trouble later in the day.”