Pleasure vs. Pain in the Programmed Society 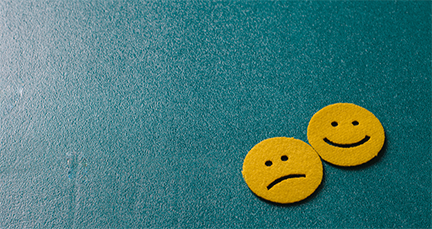 Pleasure vs. Pain in the Programmed Society

“In experiments on mice, scientists rewired the circuits of the brain and changed the animals’ bad memories into good ones…The researchers said they were able to do the opposite as well—change a pleasurable memory in mice into one associated with fear.”  (Kevin Drum, Mother Jones, 8/27/14)

“[The world’s rulers’] lust for power can be just as completely satisfied by suggesting people into loving their servitude as by flogging and kicking them into obedience. In other words, I feel that the nightmare of Nineteen Eighty-Four is destined to modulate into the nightmare of a world having more resemblance to that which I imagined in Brave New World.”

Brain researchers believe they have the future of the world in their hands. For example, they assume that one day, they will be able to turn on or turn off circuits that induce pleasure and pain in humans. Easily, reliably, precisely.

If humans seek to find pleasure and avoid pain, or if they pursue goals that deliver pleasure as a side effect…why wait? Why go through the process of striving at all? Why not cut to the bottom line immediately and experience pleasure?

In an age where instant reward, entitlement, flickering attention, and entertainment are paramount, why not stimulate the brain and give people what they want?

Work is the middle-man. Eliminate it. The interval between desire and fulfillment is long. Erase it.

In the process, simplify human aspirations. Reduce them to a lowest common denominator. Assume that what a Tesla, a Rembrandt, a Beethoven achieved was unnecessarily complicated—the “same result” could have been handed to them on a silver platter.

Individual triumph? An outmoded concept. And why should one person accomplish more than another? It’s victimization. A cardinal sin.

If a thousand robots working in a factory can turn out more cars per day than their human counterparts, thus alleviating the stress of labor, then by analogy, delivering pleasure to a population through drugs or electromagnetic stimulation, bypassing the need for work, is a worthy objective.

These are the arguments, and a significant and growing percentage of the human race would find them persuasive and attractive.

“Pleasure arises within the brain. Sweetness or other natural pleasures are mere sensations as they enter the brain, and brain systems must actively paint the pleasure onto sensation to generate a ‘liking’ reaction — as a sort of pleasure gloss or varnish. Our lab has discovered brain generators of sensory pleasure, in the form of anatomical ‘hedonic hotspots’ in the brain, which use neurochemcal signals [to] paint intense pleasure on sensation, embedded within larger hedonic circuits. It is important to identify such pleasure-causing brain hedonic hotspots, neurochemicals and circuits, in order to identify true mechanisms of pleasure. The need to find true pleasure generators is especially pressing because hedonic circuit dysfunctions may underlie mood disorders and related clinical disorders, and because several other brain candidates once thought to mediate pleasure are now increasingly recognized to not cause pleasure after all (e.g., dopamine, electrical brain stimulation). Therefore we aim to find true causes and mechanisms in the brain for pleasure.”

Thousands of brain researchers all over the world believe they are on the road to curing “mood disorders.” But the big picture is quite different. It involves the shaping of society.

The individual, stripped of goals, vision, imagination, and creative force drops into a slow-motion vortex of despair; and painting a pleasure-gloss on his interior sensations is no cure.

Brain research has come a long way since Pavlov, but the basic formula is still the same: stimulate a reaction.

Humans brought to a trough of “sweetness” and drinking from it all at once may initiate a pleasant scene; but at what price?

Tesla is just a little boy with wild ideas and a talent for mechanics, and he is offending other little boys who can’t approach his insight; so he must be cured of his disorder. To do that, he’s given a few jolts of precisely directed pleasure-stim, and he forgets. He forgets what he is and what he can do.

He’s sacrificed on the collective altar.

The level of happiness is not important. It only matters that people will accept the degree of pleasure they are afforded. They will come to view it as the fulfillment of what is possible.

So it rests with the individual to become free, powerful, and creative. No one else is going to deliver that gift.

Up the road toward the Brave New World, pleasure will be counted as a fundamental sacrament underlying the Bill of Rights. “Everyone deserves it.”

In whatever form the technology can deliver it, it will be given.

Until something untoward happens.

Below the level of consciousness, a massive rebellion will be brewing and boiling. People, like it or not, will experience waves of repressed energy they can’t explain or identify.

The inchoate desire to be what they actually are will force its way to the surface and shake the world.

The pleasure dome will shatter and fall into the sea.

Beyond the reworked and cauterized brain, like a memory, the fires of consciousness will return.

The technocrats will take to the hills.

Or: knowing what the utopian program is—and what we are—we can refuse the program now.

The author of three explosive collections, THE MATRIX REVEALED, EXIT FROM THE MATRIX, and POWER OUTSIDE THE MATRIX, Jon was a candidate for a US Congressional seat in the 29th District of California. He maintains a consulting practice for private clients, the purpose of which is the expansion of personal creative power. Nominated for a Pulitzer Prize, he has worked as an investigative reporter for 30 years, writing articles on politics, medicine, and health for CBS Healthwatch, LA Weekly, Spin Magazine, Stern, and other newspapers and magazines in the US and Europe. Jon has delivered lectures and seminars on global politics, health, logic, and creative power to audiences around the world. You can sign up for his free emails at NoMoreFakeNews.com or OutsideTheRealityMachine.