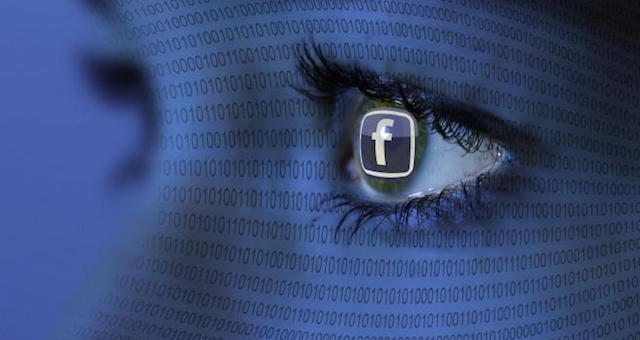 According to an article on the website of ‘Radio Free Europe’, a nondescript modern 4-storey building on Savushkina Street, St. Petersburg, houses the innocuously titled ‘Internet Research Centre’.

St. Petersburg blogger Marat Burkhard recently came forward to describe the apparent covert activities in detail. Burkhard describes his co-workers as “politically illiterate young people” who must be briefed on current topics at the beginning of each shift and continually supervised.

At this point it would be pertinent to note the source of the article – Radio Free Europe – notoriously a CIA funded propaganda outlet for decades (now financed, more obtrusively, through the State Department and ‘private donors’). While only the congenitally naive would doubt the veracity of the article’s basic claims, what is (unsurprisingly) lacking is context. Whether financed and operated by Russia’s intelligence agency FSB, or some other shadowy enclave, it is estimated that the entire Russian security establishment currently operates with just one twentieth (1/20) of the US equivalent (not even including the UK and other close Western allies).

What that means, in a nutshell, is that for every Internet Research Centre in Russia, the CIA/NSA/GCHQ/private contractor nexus would be operating the equivalent of (at least) 20 such centres. Flooding the social media networks, news and other sites of their domestic populations with thousands upon thousands of comments, posts, disruption, disinformation and propaganda bullets every day. Salvos in an escalating, but largely unseen, ‘Information War’.

Furthermore, recent reports cite the development of software that actually scours the web, automatically switching between user names/identities and generating propaganda, provocations and automated comments as it goes. Coupled with Google’s recent announcement of A.I. software that can discern (Google’s version of) ‘the truth’, it doesn’t take much imagination to envisage any online expression of ‘untruth’, ‘heresy’ or ‘dissent’ being automatically swamped beneath a torrent of managed obscurity, cyber-troll bile, distraction and chicanery.

Seismically underreported, similar allegations about the ‘troll farms’ or ‘web brigades’ of the West (such as GCHQ’s ‘77th Brigade’) have barely surfaced in the blinding mass of ‘Snowden Revelations’. Chilling images (reportedly leaked from internal GCHQ presentations) document operations in ‘virtual communities’, ‘social identity theory’, ‘herding’, ‘mimicry’ and the ‘psychology of deception’. Much of the language used seems best suited to neutralising dissent and activism in the ‘target’ (domestic) populations (and not the lame-duck excuse of ‘fighting terrorism’).

As an astounding amount of human activity and intercourse migrates online, public spaces empty and forums/social media fill with a new species – homo digitalis – a being safely cubicled and shepherded into approved opinions, paradigms and navel gazing.

Accordingly, corporations now view social media and online social networks as their plaything and happy-hunting-ground – each ‘like’, ‘trend’, ‘tweet’ and online action the precious raw material to map, direct and monetise consumer behaviour. Edward Bernays (pioneer marketeer, nephew of Sigmund Freud and author of the seminal text Propaganda) could hardly have dreamed of the marketing, perception management and social engineering possibilities now available at the press of a few attractive and endorphin-stimulating keystrokes. Today’s brave new keyboard-warrior looks an awful lot like yesterday’s plantation indentured servant or herd of cattle (in sleek, Apple designed ergonomic garb).

A plethora of research (let alone common sense) suggests that our reliance/addiction to social media and its associated devices is already having a profoundly deleterious effect on basic cognitive skills, human interaction, attention spans and functional intelligence. Factor in a cocktail of narcissistic personality disorders and body dysmorphic disorders (with a chaser of smartphones and other hand-held devices) and humankind looks at last set to plunge over the precipice of unfathomable stupidity.

Doubtlessly technologists (and the teams of psychologists who work for them), minutely design every latest gadget to further exploit the very human weaknesses of vanity and the desperate need to be endlessly and pointlessly distracted. A chronically self-obsessed, trivialised generation (like no other generation before it) of ‘selfie’ snappers and banal ‘tweeters’ is the technocrat’s utopia.

Disinterested, disenfranchised and disengaged from the outside world, ‘Generation Now’ (the iGeneration) have become tyranny’s best enablers – politically, philosophically and spiritually ineffective – vapid consumers and mindless infants. Delivering themselves up ‘freely’ to the corporate-military-complex – their every mood, ‘status’, location, relationship and conversation accessible in real time or stored in vast information vaults secreted away in distant desert bunkers.

The very architecture of social media seems intrinsically designed to be nothing more than a gargantuan electronic trap to collect as much data, biometric and psychological information as possible about the population.

Facebook’s notorious ‘experiments’ in ‘emotional contagion’ and political herding become even more sinister when placed in their rightful context. Despite Facebook’s chummy image and branding, ostensible founder Mark Zuckerberg has made it clear in numerous interviews his desire to mould a future of what can only be described as pure techno-totalitarianism. A consumer’s/user’s every action and thought mediated through the ‘safe’ interface of Facebook – always surveilled, always stalked and tabulated – available to corporations and intelligence agencies at all times. ‘Dangerous’ physical interactions minimised and discouraged.

Whilst Facebook may have a hidden nativity story, its birth secretly shepherded by funds channelled through In-Q-Tel (the CIA’s venture capital arm), the same in fact may also apply to the very foundational platforms of the Internet itself. Recent research by journalist Nafeez Ahmed has revealed the cosy (symbiotic even) relationship between (‘Don’t Be Evil’) Google and the entire American intelligence apparatus. Mediated through a decades-old shadowy group known as the ‘Highlands Forum’ – leading technologists, corporate heads and intelligence chiefs have met privately innumerable times to cross-pollinate innovations, strategies and policy.

Ahmed makes it clear that the entire contemporary surveillance landscape may well have been seeded through the Highlands Forum, as business and the secret state pursue their (remarkably similar) aims. Much like the unspoken ‘revolving door’ that operates between the Pentagon and the armaments industries – the board members and senior officials of Google, Facebook and alike have the striking habit of being familiar faces from the recesses of the Pentagon, CIA, NSA and so on. So ubiquitous is this limited personnel pool, that ultimately the question must be asked whether Google and Facebook are simply not just clandestine arms of the national security state.

(developed apparently to protect communications in case of a devastating nuclear conflict at the height of the Cold War) are naturally products of ARPA (the predecessor of today’s DARPA) the research and development arm of the Pentagon.

Does it take the mind of a paranoiac to wonder whether decades of social engineering research, think-tank profiling and Rand Corporation policy directives, coupled with the natural desires of bureaucrats, tyrants and salesmen (control of a captive market), has finally produced the perfect homogenised and pasteurised Panopticon Supermarket? An online, and global, Stepford village.

The only rational reaction to such a possibility is disconnection. To remove oneself from the insidious web of trivia, celebrity inanities, prefabricated media events and puerile conversation. Escape from the moronic matrix. But who has the courage to do that?

David Thrussell is a poet trapped in the body of a hillbilly. Or a hopeless romantic hidden in the twisted frame of a dark electronic musician. Late at night Thrussell fantasises that actually he lives next door to Hieronymous Bosch in Medieval Europe and has hallucinated the whole dreadful modern era while suffering from acute ergot poisoning. We are not entirely convinced that this is not the case. The world knows him (if it knows him at all), as the creator of a seeming multitude of obscure recordings (Snog, Black Lung and Soma among others) and film scores. He has written previously for Wax Poetics, Fortean Times and numerous other publications.

**The above article appeared in New Dawn 150 (May-June 2015), if you appreciated this article, please consider a digital subscription to New Dawn.**