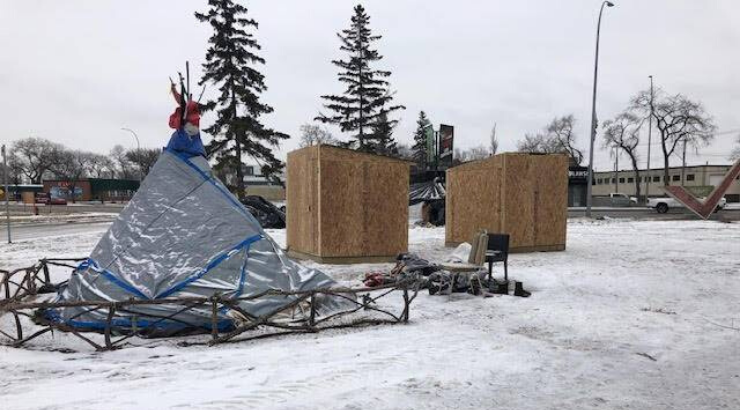 City officials accused activists of building the shelters on city property without asking.

Homeless residents in Winnipeg are facing potentially months in the freezing cold after police in the capital of Canada’s Manitoba province tore down a number of donated warming huts.

The warming huts, which were built by students at Stonewall Collegiate and installed by community patrol group the Urban Knights and Ladies Peace Patrol, were meant to offer much-needed shelter to unhoused veterans and other people experiencing homelessness in the area.

Alina Beda, vice president of the community group, said that local organizers are crestfallen over the dismantling of the project. Beda told CTV News:

Beda had also sought permission from the indigenous Manitoba Métis Federation, whose building is adjacent to the location where they erected the structures. She added:

It was heartbreaking when we just found out … We went to see the Métis Nation because they were just beside, and we talked to the homeless people, and they were very excited, very happy about it. They said it was a very good idea, so I don’t know what the city had a problem with. 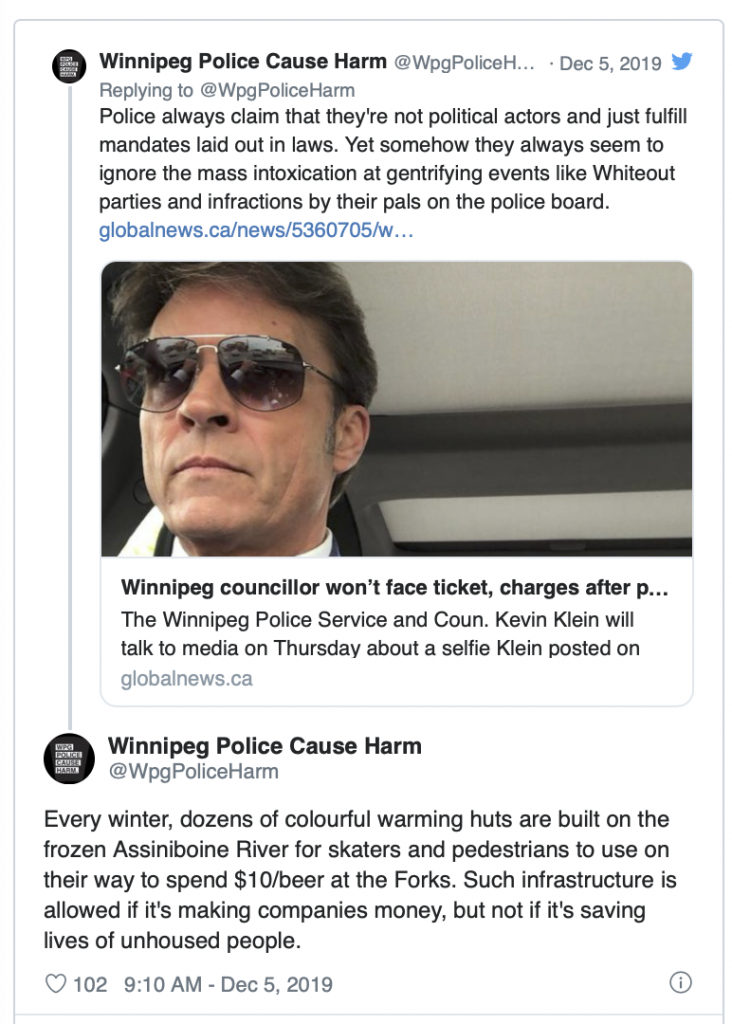 However, city officials accused the groups of building the shelters on city property without seeking clearance from the municipal government or even notifying the city about the humanitarian project. Police claim that they had no luck attempting to reach the community groups, whom they accuse of ignoring city regulations around water, sewers, and “tiny homes.”

They should have had permission if they were going to do an initiative such as this.

We appreciate their efforts, but at the same time, the focus wasn’t in the right direction. It would’ve been a lot better if they’d contacted the End Homelessness Committee and had some conversations about what we’re doing with that organization.

However, the Urban Knights and Ladies have called on the city to apologize and compensate them for the $5,000 spent on the huts. Much of the money was raised by the students at the Stonewall Collegiate, who worked hard to raise money and in-kind donations for the project.

Stonewall Collegiate vice principal John Loochuk said that the students had been enthusiastic about the project, explaining:

It was awesome that they wanted to help others and the Urban Knights said that they had a need for this … Our kids were just really fired up to be helping others.

For Beda, the project of offering help to locals experiencing homelessness is ongoing. She hopes that future efforts won’t run into the same obstacles. She added:

We will try to contact [the city] and work with the Councillor or the Mayor or whoever will be involved.