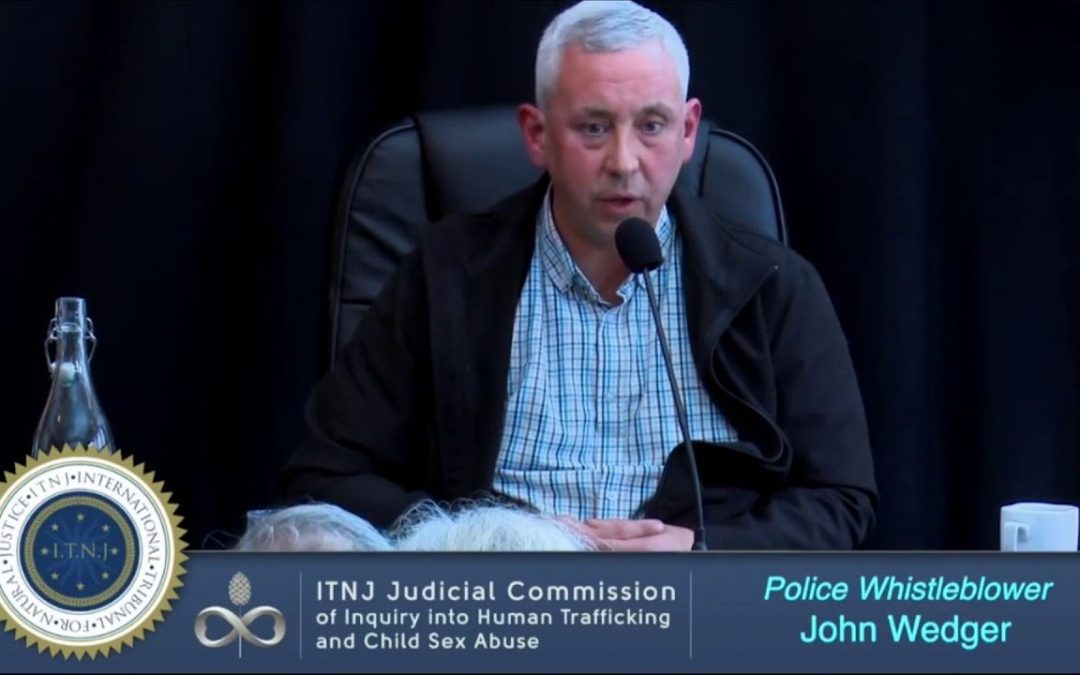 Jeffrey Epstein’s arrest and death brought a lot of attention to the topic of elite level child trafficking and more awareness to the idea that powerful people may actually be running sex trafficking pedophile rings, as unbelievable as it sounds. The truth is, prior to Epstein’s ‘fame,’ this type of activity was well known. For example, there are strange cases of child porn from within the Pentagon and many more examples within politics, even within the Royal Family–something that Prince Andrew’s supposed involvement brought more attention to. If you want in-depth details and evidence, you can refer to this article I published a few months ago, which provides that type of information. There’s no point in re-writing it all here.

The key to all of this seems to be bribery and blackmail–at least there is information suggesting that part of Epstein’s role was to entrap ‘elite’ level figures who had the power to make decisions with regards to political policies and much more. You can read more about that here.

A paper published in European Psychiatry titled “The cremation of care ritual: Burning of effigies or human sacrifice murder? The importance of differentiating complex trauma from schizophrenia in extreme abuse settings” by Dr. Rainer Kurz, a chartered occupational psychologist (PhD at The University of Manchester, MSc in Industrial Psychology at The University of Hull) explains:

Research eventually led to the Franklin scandal that broke in 1989 when hundreds of children were apparently flown around the US to be abused by high ranking ‘Establishment’ members. Former state senator John W DeCamp, cited as one of the most effective legislators in Nebraska history, is today attorney for two of the abuse victims. A 15 year old girl disclosed that she had been abused since the age of 9 exposed to ‘ritual murder’ of a new born girl, a small boy (who was subsequently fried and eaten) and three others.

It’s quite shocking stuff, and who really knows how deep the rabbit hole goes and what these supposed rings are involved in.

Jon Wedger is one of many people who has testified at the International Tribunal For Natural Justice (ITNJ). Here is a list of the ITNJs commissioners, and here’s a list of their advocates. Wedger is a retired Police Detective with over 25 years service in the investigation into child abuse. According to his testimony, he was threatened and bullied out of his job for exposing the high-level cover-up of child prostitution. Since his retirement, he’s been working with anti-child abuse campaigner Bill Maloney in raising awareness of the true extent of the scale of this heinous crime. Himself, along with other whistleblowing cops as well as victims and survivors of abuse, are campaigning for a change in the Law to give brave whistleblowers the protection they truly deserve.

The truth is, there are many leaks that have come out and will continue to be revealed that have implicated a large portion of the global elite in the use, abuse, and murder of many children. These are very powerful people who basically control the judicial system as well as the mainstream media. Because of their power, they are able to protect themselves from ‘punishment.’

When people like Wedger dig into these cases, they are eventually stopped and threatened, and many are then afraid to speak out and of being wrongfully accused, put in prison, and silenced forever.

Whistleblowers in all fields have tremendous problems. The intelligence community does not make it easy for these people, and they show great bravery for speaking out.

The interview with Wedger below is a good interview to give you the extent of this problem and just how high up it goes. Places like the Vatican, global politics, Hollywood, and within the military industrial complex have all been implicated, and there are multiple examples in each field to choose from. Collective Evolution has covered many stories on this topic for multiple years, and you can find more articles on our website if you’d like to learn more. The ITNJ is also a great place to begin your research as well.

The testimony below is a great way to get an idea of how this type of activity is able to continue.

Obviously, the world is waking up to the fact that some powerful, influential people are involved in some very immoral things. But does this surprise you? To engage in such activities, perpetrators have to not only be dealing with a great amount of trauma, but also lack the ability to feel, lack empathy in some sense, and be devoid of the moral character that makes human beings so special. If many of these people are atop our political and financial worlds, making decisions that greatly influence our entire planet in a number of different ways, are you really surprised to see that our climate and our political relationships are in the states they are today? How can people involved in the abuse of children, among other things, really care about planet Earth and humanity as a whole? Something to think about…

I joined the CE team in 2010 shortly after finishing university and have been grateful for the fact that I have been able to do this ever since 🙂 There are many things happening on the planet that don’t resonate with me, and I wanted to do what I could to play a role in creating change. It’s been great making changes in my own life and creating awareness and I look forward to more projects that move beyond awareness and into action and implementation. So stay tuned 🙂 arjun@collective-evolution.com