Practicing Licensed Medicine Without A License By Rosanne Lindsay 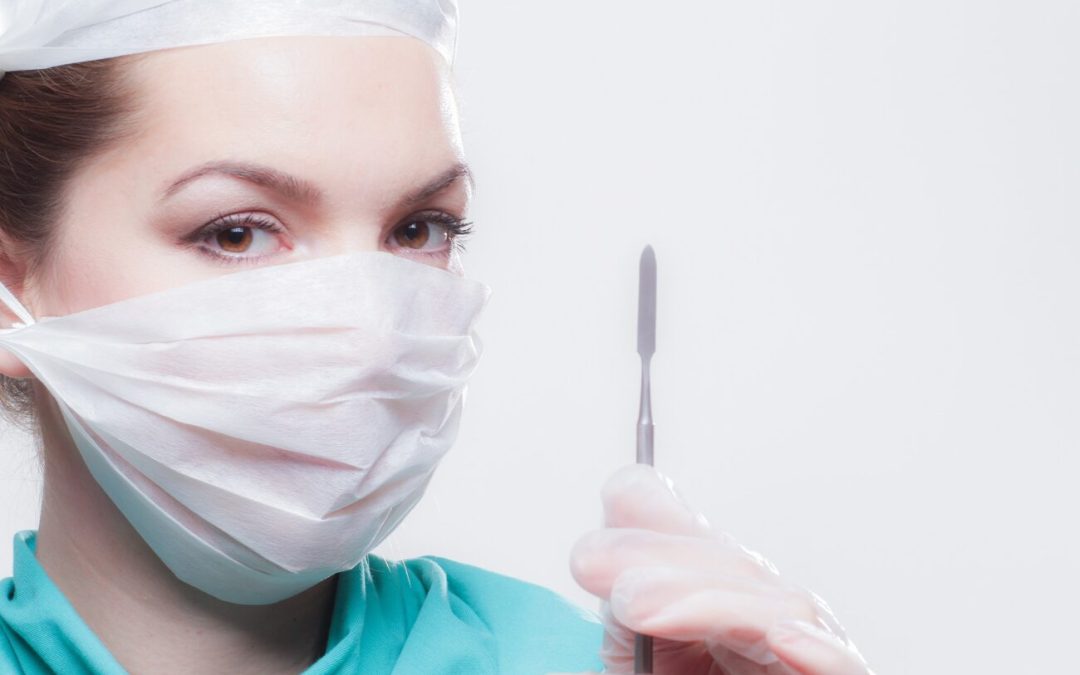 “A wise man ought to realize that health is his most valuable possession.” ~ Hippocrates

When it comes to the practice of western allopathic medicine, there is a shift in the winds.  Now, some medical doctors are asking to repeal governmental licensure laws in the name of medical freedom.

Is that a good idea, or an oxymoron? Whatever it purports to be, it is “practicing medicine without a license.” 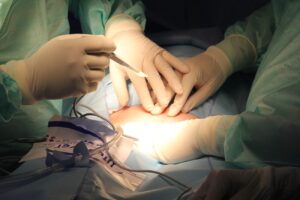 In today’s world, the “practice of medicine” has been legalized under the auspices of governmental Medical Practice Acts. In order to operate, medical doctors must abide by the law due to  the inherent risks of allopathy. In fact, the license came into being around 1930, after people who claimed to be medical doctors were causing adverse patient outcomes with their experimental, invasive procedures. According to one early account from a 2019 Journal Focus: American Psychiatric Publication:

In the early 1900s, John Brinkley wanted to become a doctor. The United States and the world of medical education appeared much different at that time than it does today….  Brinkley’s ultimate “success” came after he began to surgically implant goat testicles into men for $750 per operation. Brinkley touted this procedure as curative for male impotence, claiming that patients experienced “an astonishing sexual vigor”.  Despite his lack of sufficient medical training and concerns about his drinking, Brinkley continued to perform the goat testicle transplant operation on patients and was financially successful until the public, and Morris Fishbein of the American Medical Association (AMA), began to take notice of unfortunate patient outcomes, including deaths, that occurred under Brinkley’s care.

Why do allopathic doctors entertain the idea of practicing medicine without a license when the license is the legal foundation of today’s healthcare industry?

“Medical Freedom,” they claim. They no longer wish to rely on government, the same government that granted them rights to operate in the first place.  In choosing this path, western medicine goes against its own grain. In all industries combined, there has been a five-fold increase in licensed workers since the 1950s when only 5% of workers were licensed. More than one quarter of U.S. workers need a government-issued license to work.

Currently, there are at least two alternatives to medical licensure in the states: 1) safe harbor practitioner exemption laws for natural, holistic healers, who do not practice licensed medicine, and Private Membership Associations (PMAs), whose members do not fall under the jurisdiction of local, state, and federal governments and corresponding laws and regulations.

Now, several bills are being introduced as an alternative to government licensing under the term, “Competitive Certification.” In other words, private certification would replace the medical board license. The National Health Federation is calling for the 50 states to reform or repeal licensing laws. In a recent email, they write:

Even well-intended licensing can prove inferior to alternative methods of assessing occupational quality – such as certification. Because licensing can bar work, endanger consumers, and fail to live up to the quality of alternative quality measures, the National Health Federation calls on all 50 States to reform or repeal their licensing laws.

The real question is, is it the license or the licensed procedures that can prove inferior, or cause harm? Does certification fix the underlying problems that the license failed to fix? In Oklahoma, this bill would “allow a professional in any occupation to escape licensing requirements by following the qualification criteria of any registered organization that follows certain guidelines focused on market transparency.”

History of Licensure in Medicine

“We must turn to nature itself, to the observations of the body in health and in disease to learn the truth.” ~ Hippocrates 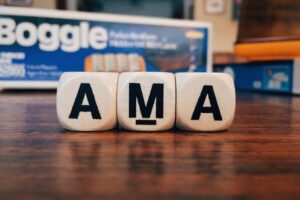 The American Medical Association (AMA) was established in 1847. In a part of the Bill of Rights, passed in 1791, states were given the right to regulate health. In 1889, in Dent v. West Virginia, a unanimous Supreme Court confirmed that states can regulate medicine and other professions via professional licensing boards.

While some medical boards were functioning by the early 1900s, these institutions did not have the power, organization, or oversight that they have today to regulate medical practice using the license. Meanwhile, licensing and regulatory functions of state medical boards (SMBs) have evolved significantly since that time. The FSMB, founded in 1912, oversees all medical and osteopathic medical boards and maintains a repository of U.S. physician licensing and credentialing information.

The trend has been for trade associations to petition state governments for more regulations. Even so, it has been well established that more licenses have the effect of: 1) increasing the cost of doing business, 2) shrinking the number of available jobs, 3) reducing competition, and 4) allowing businesses to charge more for their services. A 2018 IJ study “At What Co$t” estimated that licensing costs the American economy nearly 2 million jobs and up to $197 billion annually.

No wonder that workers are arguing for fewer restrictions in the  workplace. A 2017 report from the Wisconsin Institute for Law and Liberty (WILL) titled, “Fencing Out Opportunity” showed that licensing laws continue to drain the US economy and urged less licensing. The report found that occupational licenses are “one of the most substantial barriers to opportunity in America today.”

What is a license?

Make a habit of two things: to help; or at least to do no harm. ~ Hippocrates 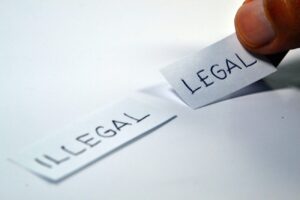 In practical terms, a license is power in the hands of government, or a group such as the AMA, to legislate choice where there is the likelihood of causing harm. Under contract law, a license is granted by an authority to allow someone to do something otherwise deemed to be illegal.

A license grants government the right to say whom you can and cannot do business with. It restricts the right of individuals to travel freely. It prevents medical practitioners from sharing holistic health advice in medical settings. And it often fences out unlicensed, holistic healers from competing with their licensed counterparts. Moreover, it destroys careers because any license can be revoked as easily as it was granted by the granting authority. A license is not a right because rights are not gifts from government. For instance, the ruse of “Children’s Rights” gives more power to the state.

In a dog-eat-dog world, the government says every dog must have a license. If you practice licensed medicine and do not toe the party lines of the health insurance industry, or the policies of licensing boards, be prepared to give up your license and your ability to practice.

A new California law makes spreading “misinformation” or “disinformation” grounds for revoking a doctor’s license.  Basically, if you have an opinion different from the medical board, you will lose the license. What the government giveth, it can also taketh away. This is how science and law align today.

The Federation of State Medical Boards has released a statement warning that physicians who engage in the dissemination of COVID-19 vaccine misinformation or disinformation risk losing their medical license, and that physicians have a duty to provide their patients with accurate, science-based information.

In his day, Hippocrates, the father of medicine, did not require a government license to be a healer. Hippocrates used food as medicine. He knew that all healing is individual and that doctors are teachers, there to assist the natural healing process. Since Hippocrates’ time, the push for all holistic practitioners to become licensed has been growing steadily. Uniformity over unity. Homogeneity over identity. 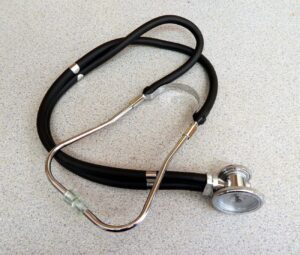 Today, medicalized, licensed, naturopaths are becoming like their allopathic medical counterparts in passing laws that allow them to practice licensed medicine. Licensed naturopaths attempt to criminalize all traditional, unlicensed, naturopaths and holistic healers for “practicing medicine without a license,” while allowing themselves to perform risky procedures that can cause harm (puncturing the skin and cutting into the body). Such a trend prevents a choice for legitimate and safer alternatives. It fences out all competition using the license as a weapon.

And now licensed medicine wants to fence out the license, itself?

Is that “medical freedom” or a medical monopoly?

In 2019, the article, How a License Legislates Choice, argues that [holistic] “medicine is an art to be practiced, not controlled. It asked,  “What happens when mandates are rolled out and Americans are made to roll up their collective sleeves under the Healthy People 2020 Act?” Ironically, medical mandates were deployed two years later by government officials “practicing medicine without a license!”

Medical mandates are illegal in free societies.  Mandates for experimental procedures have caused backlashes from groups such as Millions Against Medical Mandates. Recently, a court in New York ordered that city workers who refused experimental COVID shots must be reinstated. Unfortunately, the ruling does not affect the city’s mandate or the other approximate 1,700 workers who were fired for failing to follow the mandate, as it only applies to the plaintiffs in this case. Specifically….

The judge found that the city’s health commissioner did not have the authority to change the terms of employment for city workers; the vaccine mandate was arbitrary and capricious; the mandate violated the New York Constitution’s separation of powers doctrine, and it was a violation of the city workers equal protection and due process rights.

However, the city refuses to enforce the order and is appealing. Since when do appointed or elected officials have the power to declare and enforce mandates? Since the people give up their power to become victims. 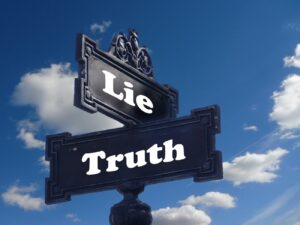 No one is a victim unless he or she assumes the role. Everyone has a choice about what goes into his or her body. If people say “No,” it does not happen.

Natural forces within us are the true healers of disease. ~ Hippocrates

Today, there are two types of mainstream health practices, allopathic and holistic. Two models of medicine, western and eastern, which produce two different outcomes, by their very nature. They serve to provide a clear choice. Therefore, they must be treated differently.

If there are dangers and risks involved in the procedures practiced under the science of allopathic medicine, then a license is necessary to offer safety protections, even if dangers continue to produce poor outcomes under said license.  After all, the patient always has the inherent right to decline any offer, including a medical procedure. Health is still a personal responsibility. The practice of saying “No” does not require a license.

Thus, “medical freedom” really exists, by default, for the patient, not the doctor.

Will the world of allopathic, western medicine, do away with its own license to practice, and go back to the days of experimental procedures? Are we there already?

Does history tend to repeat itself if people are unconscious?

If you are not your own doctor, you are a fool.~ Hippocrates