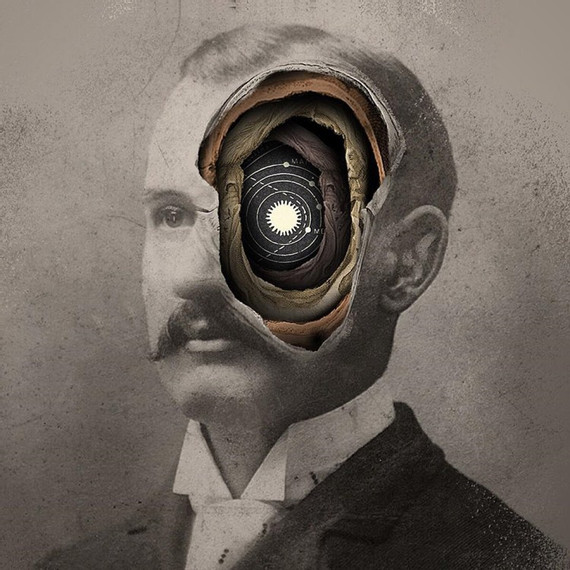 “The generosity of the magnanimous man should include gracefulness…I believe you capable of any evil, therefore I desire of you the good. May your goodness be your ultimate self-over-powering.” ~Nietzsche

In a world where the richest 100 people own more wealth than the poorest four billion, you know something has got to give in order to bring the world back into a healthier balance.

In our world, money equals power. Too much power tends to corrupt. We all know this, and yet we’re also okay with only a few people having the monopoly on power (too much money). This does not bode well for a species that has evolved by practicing cooperation first and competition second. Especially when history also shows that our species has the tendency to become corrupt from too much power.

Lest we de-evolve into a species incapable of compassion, honor, tolerance, open mindedness, and love, something must change in the way we acquire, use, and expiate our wealth. The problem is that those 100 people with more wealth than four billion people are the ones with the power to make healthy change. The sad thing is that they probably won’t do anything healthy with their power.

At some point in our history, it became “cool” to hoard and to stockpile money. If you hoarded anything else, you would probably be laughed at—but not money. It became “cool” to have more than you needed. The story everybody began telling themselves (and believing) was: “Get rich or die trying.” A lot of people did die trying, and very few ever became rich. But those few who did became cultural icons. They seemed so “cool” with their money that people forgot the fact that they, themselves, had none.

How did this happen? We tend to forget that our psychology as a species is still very much a product of living tribal as hunter gatherers on the African Savannah. Hoarding wealth, whether its lion skins or money, buffalo meat or wampum, is a natural reaction to the “survive or die” threat of the open Savannah (or corporate world). If you saved meat, you were more likely to survive the cold winter than if you didn’t. Similarly, we subconsciously save money for a “rainy day”.

Smaller tribes are better at keeping power in check because there are mechanisms in place to check it. For example: If a skilled hunter came back from a great hunt with all the kills, and the other hunters had no kills, he would be shamed by the tribe and considered greedy and selfish if he hoarded all the meat and didn’t share.

The story of the tribe is a healthy story: sharing wealth is honorable, cooperation over competition, people before profit, health of the tribe over personal wealth.

Now, contrast the healthy tribal story with the unhealthy story the billionaire tells himself: hoarding money is cool, competition over cooperation, profit before people, personal wealth over the health of the tribe.

Something’s got to give. But what exactly is that something? And how do we give it?

Let’s go back to that hero hunter in the healthy tribe story. After the great hunt, he is deemed a hero, but he doesn’t become a “prestigious” hero until he shares his wealth (meat) with the rest of the tribe, in order to keep the tribe healthy and balanced. But that should not take away from his heroism. It should bolster it. It should reinforce it. He goes from being a typical hero, who gains great wealth from his skill in hunting, to becoming a prestigious hero, who expiates his wealth for the health of the tribe. That is honorable. That is compassion. That is prestigious.

It’s important to understand that although the hero hunter should be shamed if he hoards his meat and decides not to share, he should not be forced to share—neither through violence nor through taxation. It must be the hero’s choice to share, lest tyranny prevail. And it should be his choice how he shares it. For example: there is nothing wrong with taking the choicest meat from each kill and then sharing the rest. He should be rewarded for his skill. After all, he is the hero, and it is his power to expiate, it’s nobody else’s power.

Now, back to the wealthiest 100. They have probably read or heard the famous quote by Stan Lee, “With great power comes great responsibility.” But they have probably been focused more on the outdated story of “get rich or die trying,” and “hoarding wealth is cool.” But if they can manage to update those unhealthy stories with healthier stories, they might be able to become prestigious in their heroism.

Just as the hero hunter keeps the choicest meats and spreads the rest, the hero plutocrat could keep the choicest “meats” and spread the rest (universal basic income; a percentage for rent, for food, for health, and for education).

Easier said than done, sure. But, really, for the richest 100, it’s actually easier done than said. They are the only ones with the wealth, the power, the time, and the wherewithal to do it. And it would add prestige, honor, and compassion to their legacy. They wouldn’t just be remembered as wealthy plutocrats (today’s typical hero). They would be remembered as prestigious heroes with the honor and the courage to create a healthier story, and thus a healthier “tribe”.

“If a man is proud of his wealth, he should not be praised until it is known how he employs it.” ~Socrates

If the heroes of our day, specifically those with the most wealth and power, do not find a way to right the lopsided ship of spaceship earth, then we are heading for some very dark and troubling times.

What happens when technology reaches the point where the super-rich are the only ones who can afford to extend their lives or “upgrade” physically and cognitively? What happens when a small elite, running on outdated and unhealthy stories, monopolizes godlike powers through advanced technologies? On a long enough timeline this could result in a biological split into a new species. What then?

We must update the stories we tell ourselves. “Get rich or die trying” is outdated and unhealthy. So is the story: “It’s cool to hoard wealth.” These are failed stories. It is our responsibility, all of us, to update these stories and not fall for them anymore. We must be the checks and balances for each other’s power.

Let’s update the story. Like maybe the following… Get healthy or die trying. It’s cool to expiate power. Prestige is the new wealth. Sharing is honourable. Or, keep the tribe healthy.

Yes. In order to update our current sick society, we must practice cooperation over competition, people before profit, health of the tribe over personal wealth. If we don’t, then we are doomed as a species. It really is that critical.

We can only hope that the richest among us choose to become prestigious heroes rather than greedy heroes, but we should never underestimate human stupidity. Belief is a powerful thing. If the richest among us believe in the failed stories of our culture, then almost nothing will change their minds. Sometimes there are simply not enough cultural leveling mechanisms in place to keep them in check. And cognitive dissonance is one a hell of a drug. 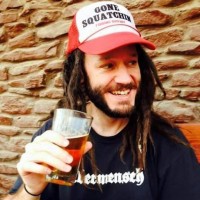 This article (Prestigious Heroism: Transforming Wealth into Health) was originally created and published by Self-inflicted Philosophy and is printed here under a Creative Commons license with attribution to Gary Z McGee and self-inflictedphilosophy.com. It may be re-posted freely with proper attribution, author bio, and this statement of copyright.