Pssst – there is no virus. Don’t tell anyone. They get really angry. 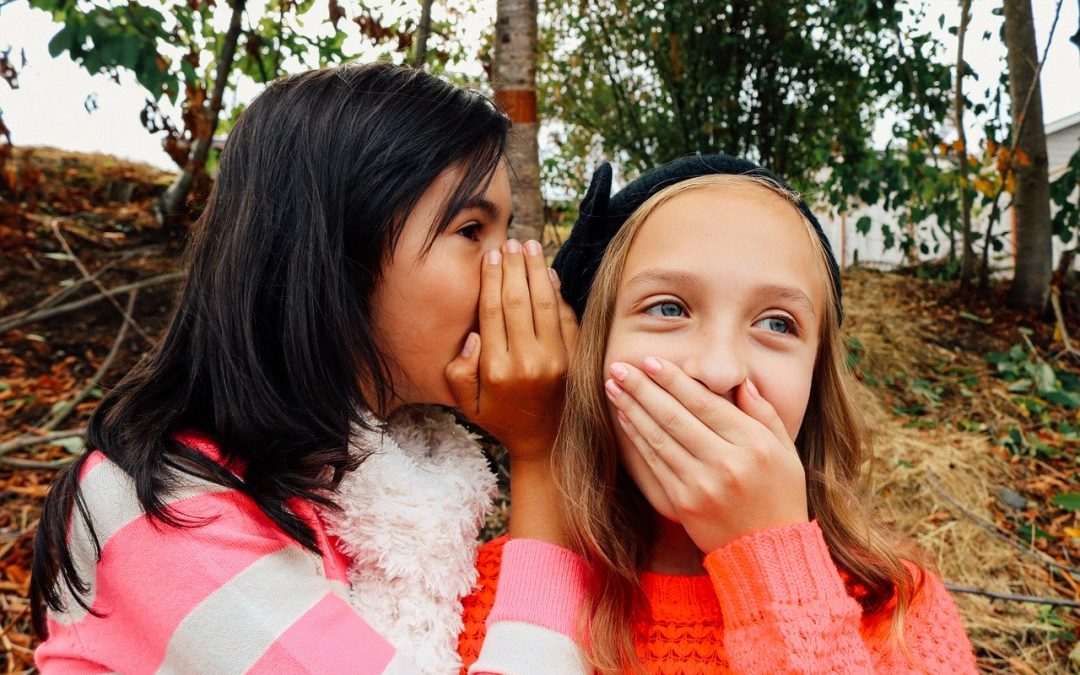 I set out yesterday to centralize all of the links I’ve come upon about Coronavirus. I have a mild case of stenosis, caused by too many years hunched over staring into my computer screen, the CPA’s affliction. Only too late I realized I should have been standing with a workbench in front of me all those years, and not a desk. Literally, looking at all those links was a pain in the neck.

This morning AB with this link took on the task himself. Thank you, AB, and thank you for everything you’ve done up to now. All of my work yesterday was poring over links that you provided.

I have two thoughts this morning. One is the sense that I am getting that even the smart people who come to this blog are afraid. Some of the talk is magical, but most of it just intimidation. We are facing a mighty power, and it has shed its cloaking device now. It has come out in the open.

But it has always been there. They have always had the power to confine us to quarters, to generate fake panics, limit our ability to travel and freely associate with one another. Our Constitution from the beginning has been mere words on paper, meant to soothe us, to convince us that they respect our inalienable rights. In 1963 they put on a TV show gunning down our young and handsome president. They had the power to make it seem real. In 2001 they blew up some buildings, same thing, a TV show. This year they have told their news media to hype a worldwide pandemic based on a bug that does not exist. There is no “Covid-19.”

Central to all of this is TV. Just turn the damned sets off. Also, stop being afraid. Fear will turn your brain to mush. It starves the cerebral cortex, and overfeeds the amygdala. It creates irrational panic. We are OK. Things will return to normal. The problem they are addressing is unknown to us. I can only guess, but what I saw going on before all of this nonsense was amazing human progress in all areas. It was brought about by cheap and abundant energy, and the Internet.

After all of this is done, we will still have cheap and abundant energy, and the Internet. And 5G, which seems to be another boogeyman. They cannot make those things go away.

There is no virus. In going over the evidence yesterday, four items stood out, all taken from this source, at it was my starting point. I beg you do what I did, download or print out David Hammol’s 35 Sources showing the COVID19 / corona virus is over hyped, and likely fraud, as nothing is forever on the Internet. The same people in control of the hoax have power over the Internet too. Just as in China, the Internet is heavily censored here, items only slipping through and often then disappearing, even from Wayback.

1. Paper by David Crowe taken from The Infectious Myth

Here is the first, which goes back to the beginning of this hoax. It is a chapter of a book that is in progress, but was released in response to the hoax, by David Crowe. Again, download it. Read it. It is 25 pages, six of them footnotes. It is not easy, but worth the effort. (I find it interesting that Mozilla warned me away from this paper, saying the site is not secure. Don’t be afraid. The site is secure.) Here is the opening paragraph:

The world is suffering from a massive delusion based on the belief that a test for RNA is a test for a deadly new virus, a virus that has emerged from wild bats or other animals in China, supported by the western assumption that Chinese people will eat anything that moves.

Here is the concluding paragraph:

The coronavirus panic is just that, an irrational panic, based on an unproven RNA test, that has never been connected to a virus. And which won’t be connected to a virus unless the virus is purified. Furthermore, even if the test can detect a novel virus the presence of a virus is not proof that it is the cause of the severe symptoms that some people who test positive experience (but not all who test positive). Finally, even if the test can detect a virus, and it is dangerous, we do not know what the rate of false positives is.

Everything in between is evidence marshaled to support those statements, none of it magical. I again urge you take time to read it.

I studied statistics in college, didn’t do very well (my mind was infected by a certain girl), and have not stayed in practice over the years. So I have to rely on others to assure me that what this linktells me is reliable.

In stat classes we spent a great deal of time studying correlation. If two variables are dependent, then there will be an incidence of correlation between them. Correlation is usually expressed as a value between 0 and 1. What was interesting was that in the real world, nothing comes close to “1.0”.  0.7 is considered extremely high correlation.

Once correlation is measured, a statistician can make predictions that tend to come true, as, for instance, how voters will vote or consumers will behave. It is never perfect, as statistics is an inexact science that only tends to bring order to chaos.

In China they projected a bell curve of how the Coronavirus would behave. The correlation between predicted behavior and actual behavior is .9999.

In other words, it is fake. They made it up. Why? Most likely, they did so because there is no Covid-19 virus. They had to fake it.

3. A search for real evidence

Cases in Santa Clara County, California (part of the Bay Area) went from 4 to 20 to 60 in very short order. Dr. Tim O’Shea, who writes “The DoctorWithin” newsletter (scroll down to #3 on this page), decided to follow that evidence to its source.

He started by calling the Santa Clara Health Department, telling them he wanted to be able to distinguish influenza cases from Coronavirus for his own patients. Could the Health Department help him? No, he was told. They have no testing facility. Then where did they get the information that there were 60 people testing positive? Doctors provided the cases, and the Health Department merely tallied them on its website. Then how do the doctors test for the Coronavirus? They don’t know.

I am not making this up.

Dr. O’Shea then began a search, calling fifty pulmonary doctors and clinics in the bay area, probably not scientific from a statistical standpoint, but maybe overkill anyway. He asked all of them if they could help him distinguish influenza cases from Coronavirus. None could. None had the necessary testing ability, and further, were not even interested in acquiring it.

They referred him back to Santa Clara County, completing the circle. My conclusion: The landscape is being deliberately seeded with “persons” who have tested positive with Coronavirus. None have. It is all the work of people behind the scenes manipulating real people with real jobs, as the Santa Clara Health Department.

So a perfectly valid hypothesis might be this: the County’s online scoreboard is fraudulent. There are no proven cases at all. These reported cases of so-called COVID are nothing more than the flu, because there is no available testing procedure in all of the Bay Area that can diagnose the disease – in an area with 5 million people.

And even if there were, the standard test cited in any medical reference for COVID is the RT-PCR test, for which we have seen above the evidence of its inherent inaccuracy and lack of reliability.

By extrapolation then, it is fairly reasonable to say that the random reporting we see at work in one of the richest, most populous communities in the US is no different from what is going on everywhere else across the nation. Looks like it’s all being orchestrated via the same corporate narrative.

Misdirection is a large part of Intelligence work, to get people to ask the wrong questions. I see if often and everywhere. I was misdirected yesterday as I sat here going over various bits of evidence. From WorldHealth.net:

Confirming the reports from small independent studies and 3 clinical trials, Shanghai has announced a recommendation to use high dose intravenous treatment of vitamin C to treat COVID-19, according to the Orthomolecular Medicine News Service.

The announced official recommendation that COVID-19 should be treated with high doses of intravenous vitamin C come as welcomed news as the virus continues to spread. The dosage recommendation will vary with the severity of illness ranging from 50-200 milligrams per kilogram body weight per day to as much as 16,000 mg/kg/day.

Good news indeed. Until I gave it some thought. The misdirection was that this news was being suppressed.

I had already concluded that the Covid-19 virus does not exist. Why be glad there is a cure, then, for something that is not real? Thinking more about it, I came to understand that Vitamin C, which our body processes naturally and rapidly, is basically a harmless (helpful) substance, and that we all benefit from it. Giving it to us via a needle in the arm … that would concern me a little, as we can OD on anything.

But then I realized that I was looking at a harmless substance used to cure a disease that does not exist. It’s a placebo, and the story is misdirection.

More evidence that there is no virus.

That’s all folks. I sit here now looking out my window, my neck hurting, but realizing that I’ve not yet been impeded in anyway by all of this nonsense. I come and go as I please. We have toilet paper. We have not hoarded anything. We have not cancelled any plans, though a trip to San Diego in April might not be allowed. I have assisted in helping a person avoid the 14-day self-quarantine, gladly. Nothing here on the blog has yet been impeded, though I don’t know if people get the dreaded “Don’t go there” warning when they come here, as is happening to David Stowe.

My advice, as always, is stop being afraid. I refer here again to a scene from the 1959 movie Journey to the Center of the Earth. I was nine when I saw it, and this scene has always stuck with me. The exploration party was deep underground and carrying lanterns to guide them. They were desperately afraid that they would run out of fuel before they could get back to the surface of the planet. They would be trapped in darkness and die a slow and horrible death.

They ran out of fuel. As they sat trembling in fear, an amazing thing happened … the cave walls around them contained phosphors, and once the lanterns went out, they basked in natural light.

The lanterns they had carried to help them make their way actually limited their vision. There was never any danger.