Did Psychedelic Mushrooms Play a Role in Inspiring Christian Tradition? by Phillip Schneider 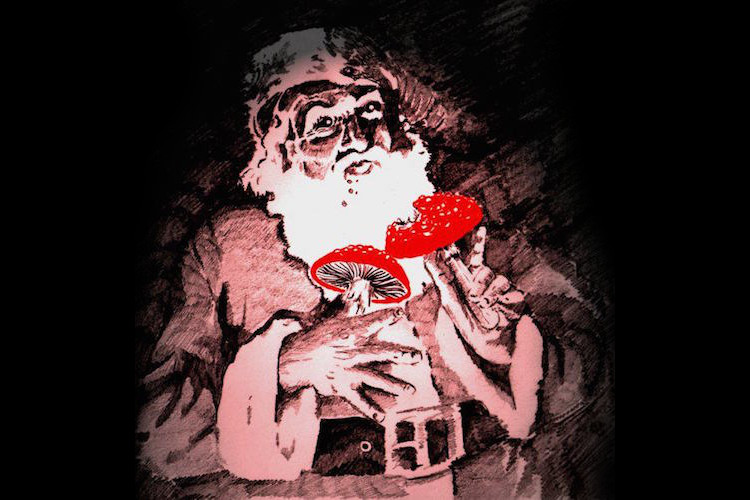 Did Psychedelic Mushrooms Play a Role in Inspiring Christian Tradition?

Was early Christian tradition inspired by psychedelics? This is the question which Julie and Jerry Brown set out to answer in their new book The Psychedelic Gospels. According to their research, there is a wealth of evidence suggesting that both psilocybin-containing Cubensis as well as Amanita Muscaria mushrooms did play a role in the development of the religion.

Jerry claims that the trees of knowledge and immortality were actually sacred psychedelic mushrooms and the inspiration for Jesus’s revelation of the Kingdom of Heaven. He asks us to rethink our understanding of religion and consider an alternate theory which opens up the possibility of a link between psychedelics and the teachings in the Bible.

Most of the evidence has to do with visual interpretations of Christian art. For example, the Green Man of Rosslyn Chapel has a distinct mushroom imbedded into its forehead. Paul Stamets, one of the world’s leading mycologists, has even been able to verify the type of mushroom as Amanita Muscaria. Many others have been identified by ethnobotanists right down to the variety of psilocybin they are.

The Green Man of Rosslyn Chapel

“The psychedelics we’ve found in early Christian art were pretty much balanced between Amanita muscaria and psilocybe mushrooms. The amanita was very distinct.” – Jerry Brown, PhD.

In Egyptian art you can find both psilocybin mushrooms as well as datura plants, a species of poisonous, yet psychedelic flower which grows abundantly in Nepal and is sometimes called devil’s trumpet or devil’s breath. Amanita is also present in Mount Horeb at certain points during the year as well as among the trees in Lebanon. There is an interesting quote from Jesus which talks about the “five trees waiting for you in paradise” whose “leaves will not fall” and “whoever will become acquainted with them will not experience death.” Evergreen trees, which are being suggested here, are hosts of Amanita which cultivate in the humus of decaying pine needles.

Sometimes these depictions are as large as human beings, which is especially significant in art from this era. Ancient illustrations in the church of St. Martin de Vicq in France depict Jesus being greeted by disciples holding psilocybin mushrooms. One depiction of the Last Supper featured mushroom caps on the table instead of bread, along with drawing of mushrooms within the robes and on the hands of the disciples.

Claims like these require a great deal of evidence in order to make their rounds in modern society. Jerry recognizes this and has made the effort to back up his theory with historic works such as, “Temptation in Eden,” the “St. Eustace Window,” and “Jesus’s Entry into Jerusalem,” all of which have very clear depictions of entheogenic mushrooms and range all the way back to the origin of the religion.

During and prior to medieval times it was extremely dangerous to challenge the church in any way, especially teaching that psychedelics were involved in the making of the religion. As Jerry notes, Pope Gregory from the 6th Century said, “let art be the bible of illiterate people.” Most people were illiterate during the time these paintings were made, which suggests a strong need to embed hidden religious teachings within art. Is it possible that these artists were trying to illustrate to the people a psychedelic history of Christianity?