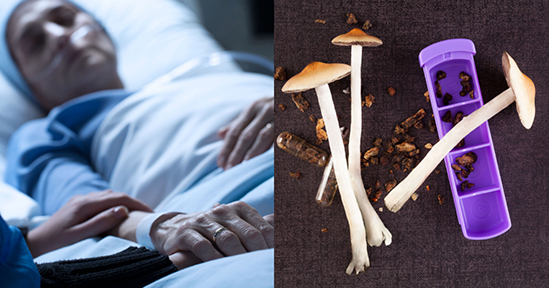 Studies in recent years have shown that psychedelic compounds can be used to treat a variety of different conditions, and current research suggests that they could even be used to bring a person back from a vegetative state.

Neuroscientist Adrian Owen has dedicated his career to studying consciousness in patients with disorders of consciousness (DoC), who are typically believed to be entirely unaware of their surroundings. A DoC condition is slightly different from a coma or vegetative state because the person is still technically awake, and can many times move or open their eyes, but they are unable to sense or perceive what is going on around them.

In his research of patients with these types of conditions, Owen found that many of them exhibited similar brain activity as healthy patients. In one of his earliest cases, a woman in an unresponsive state was asked to imagine that she was playing tennis, and her brain responded in the same way that a healthy patient’s brain did when given the same instructions. Owen then began to look for these brain responses in his other patients and found that a large number of them had very high levels of brain activity.

These studies gave other scientists in the field a variety of different ideas about how this knowledge can be used to treat DoC conditions. One of the most interesting proposals of new treatments for these conditions is the idea that psychedelic drugs could help to bring someone back from an unresponsive or even vegetative state.

A paper published this month in The Neuroscience of Consciousness, by researchers at George Mason University, suggests that DoC patients could be given psilocybin to stimulate desired brain activity.

Andrew Peterson, an assistant professor at the Institute for Philosophy and Public Policy is one of the authors of the paper, along with co-author Enzo Tagliazucchi. The paper does not necessarily advocate for psychedelic treatment, but merely advocates for further study into whether or not it would be effective.

Gregory Scott, a neurologist at Imperial College London has conducted research showing that psychedelic substances can increase levels of complexity in the brain. In theory, these increased levels of complexity could bring an unresponsive patient back to consciousness.

There are many regulatory hurdles that researchers will need to overcome to set up a study for unconscious patients, because although the FDA recently designated psilocybin as a “breakthrough therapy” for depression, DoC patients represent different legal challenges because they can’t exactly consent to experimental treatment. However, these patients are already subjected to a variety of experimental treatments without their consent and psilocybin is likely much safer than many of the other procedures like deep brain stimulation.

John Vibes is an author and journalist who takes a special interest in the counter culture, and focuses solutions-oriented approaches to social problems. He is also a host of The Free Your Mind Conference and The Free Thought Project Podcast. Read More stories by John Vibes
Follow on Twitter