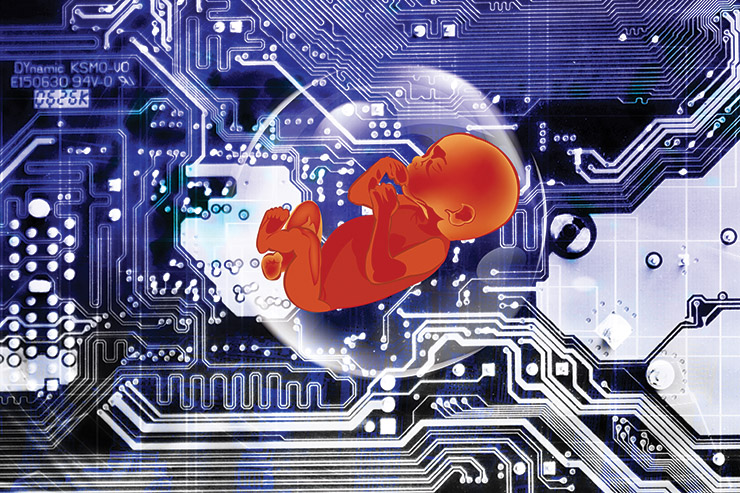 The role of biopower from the last century onwards represented a shift into forms of ‘disciplinary power’ over people, as I have discussed in previous New Dawn articles.1

The move into industrialisation necessitated a form of bodily discipline to adapt workers to the manner of machinic production. Now that modern societies across the globe are transitioning from industrial to digital life, power is no longer solely over the ‘docile body’ but intra-body – the genetic, programmable cellular life – as well as the conscious life of a person. Disciplinary power was all about training the body, subjecting it to drills and rules. However, now control over the ‘docile body’ is expanded to include control over the ‘docile psyche’ – to reach into, influence, and steer the psyches of the population.

Brought about by the COVID-19 pandemic and infecting governments worldwide, this new reign of biopower seeks to secure its dominion through a combination of a carefully controlled “administration of bodies,” a calculated “management of life,” and a persistent “programming of consciousness.”2 In the words of Jose Delgado, a professor of neurophysiology at Yale University and a famed mind control researcher: we are shifting into a psychocivilised society.3 In psycho-power, the human being is the target site, including their conscious and unconscious thought patterns.

To frame human life under a reign of comprehensive biopower, State authorities must also render conscious life under its rule. The contents of an individual’s mind is another aspect of our existence and, as such, also is to come under State jurisdiction. For all human life born into this world, the State automatically assumes the power to dictate the conscious thought of that new life. This means not only external control over an individual’s body but also techniques to interiorise this control – both mentally (conditioning, programming) and biologically (health treatment, vaccination, etc.).

As the reign of biopower continues to unfold, the situation may be increasingly managed so that each person is limited in how they make health decisions. I refer to this as a form of psycho-power that, aligned with the biopower agenda, seeks dominion over external and internal realms through the rhetoric (or double-talk) of claiming to represent the power of well-being. The result will be less ‘well-being’ and more control of the human being. The very process of how we determine human well-being is at the core of what is transpiring.

I propose that biopower is transforming into a control system for human consciousness. The current biological ‘state of emergency’ is forcing people, on a global scale, to accept previously unimagined ideas to the point where the human psyche is tested to its limits. A new narrative is being established and seeded into mass human consciousness. This new ‘consensus reality’ imposed on the world attempts to colonise our private senses. It propagates a new shared affinity of conditioned thought. And yet, this is more likely to cause dissonance than cohesion. The question of freedom, especially freedom of thought, is now bringing forth its own forms of constraint and generating new forms of coercion. German-Korean philosopher Byung-Chul Han has stated this new form of power, emerging from post-industrial capitalism, is psycho-politics.

Under psycho-politics, those being ruled think they act freely, but in fact they act in accordance as directed by the rulers. The individual’s apparent freedom is exploited as they are carefully guided – nudged – to make the right choices through precise control of the psyche.

In turn, we direct our frustration back on ourselves. As Han notes, people are less liable to revolt when they are depressed: “Psychic maladies such as depression and burnout express a profound crisis of freedom. They represent pathological signs that freedom is now switching over into manifold forms of compulsion.”4

Current forms of biopower do not overtly interfere with the human psyche in a systemic fashion, but it has prepared the groundwork for the newly emerging biology of control to gain influence over the intra-space of the human psyche.

New forms of modern governance, being put into place right now, will manage and exploit a ‘psycho-power’ technology of domination. What we are witnessing, and Han agrees, is the emergence of a new form of psycho-governance. Governance imposed not only by traditional nation-state bodies but also through the harnessing of technology to influence the human mind and how people think. This system will employ digital technologies and the digital-surveillance architecture as its dominant, pervasive medium of control.

Further, psycho-power is not about controlling the past but about manipulating memory so that the present can be forged anew. The new consensus reality is already erasing pre-pandemic history. We can sense this already occurring. The world, pre-2020, now seems like a bygone age. It is surprising how many people readily accustomed themselves to the ‘new normal’ with its biosecurity regulations.

Another point is that within the new biopower regime, emotions are actively encouraged and often deliberately targeted and heightened. This is in contradistinction to earlier disciplinary societies where emotions were considered distractions from orderly and mechanical functioning. The “Fourth Industrial Revolution (4IR),” as the World Economic Forum labels it, is about a new functionality – a digitally-managed gameboard of simultaneous disruption, diversion, and entanglement. As part of this increased emotional engagement, certain ‘technologies of the self’ are promoted.

‘Self-Optimisation’ in the 4IR

With more and more people working from home, we can only imagine how practices for ‘self-optimisation’ are going to be peddled even more than previously. These may include online motivational retreats, digital management workshops, Zoom personality seminars, etc. All designed and pushed to make people operate more efficiently within the system, like a cog in a machine. Within such a system, weak points are targeted and ‘worked on’ to gain increased ‘efficiency and performance’.

Berardi sees a psychopharmacological addiction and disorientation as the new despondency – a form of confused passiveness amidst mental mayhem, within which dwells an impotent desire for revenge. It is a sign of painful irony that in an age of impotence, as Berardi calls it, human fertility is rapidly declining and looks set to diminish even further. As the grip of psycho-power continues to imprint new patterns on human thinking, this ‘impotent rage’ feeds into a rising social architecture of human ‘unfreedoms’.

With the lockdowns of 2020 continuing into 2021, many people are finding it very difficult to endure enforced confinement in their homes, cut-off from social engagements and networks. It has caused great personal unrest and psychological discomfort as people were previously accustomed to what they considered a life of ‘freedom’ and leisure. What is now surfacing is that many people harbour unconscious fears about the risks of freedom.

The German-born philosopher and social psychologist Erich Fromm spent most of his life trying to understand freedom in relation to the human condition. Fromm posited that a struggle for freedom is a dynamic between the interior world of an individual and external institutions and systems. Under the prevailing pandemic of personal fears of social isolation and uncertainty, people have willingly given up freedoms and empowered outside agencies. Eventually, this leads to people becoming instruments in the hands of powers external to them. The alternative is seeking a form of self-independence based on personal trust and belief. However, this form of self-belief is constantly undermined by institutions in the modern world.

Fromm says that when individuals attempt to become more independent and self-reliant, they also become more isolated from social systems, which creates fear of isolation. Similarly, the new consensus reality is attempting to strengthen a dependency upon external systems – through the fear of the virus – biosecurity. This dependency is either compelled by triggering people’s fears (through heightened narratives of risk) or enforced through regimes of biopower and psycho-power strategies.

Fromm noted we are fascinated by power wielded outside ourselves yet are blinded to the condition of our inner restraint in the form of compulsions and fears. These individual and social conditions make for the suppression of human life and its tendency for control and management.

I suggest that underneath governmental and State forms of psycho-power is an agenda to manipulate people’s fears about the risks of freedom. People are more liable to turn to authoritarian systems to provide a ‘safe freedom’, especially within the heightened environment of biosecurity risks. In his Fear of Freedom, Fromm proposes that our inherent, often unrecognised, fear of personal freedom and self-independence results in the following escape mechanisms:

Authoritarianism: giving control of oneself to another. By submitting one’s freedom to someone else, this act removes the freedom of choice almost entirely.

Destructiveness: any process that attempts to eliminate others or the world as a whole, all to escape freedom.7

Fromm saw that people turned to external dependencies as a way to save themselves from being crushed by their unprocessed fears. He wrote: “Because we have freed ourselves of the older overt forms of authority, we do not see that we have become the prey of a new kind of authority. We have become automatons who live under the illusion of being self-willing individuals.”8 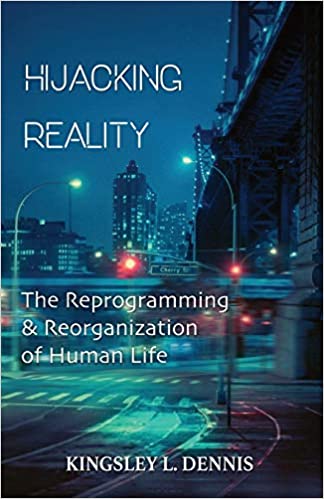 Kingsley Dennis’ new book on this topic is Hijacking Reality: The Reprogramming & Reorganization of Human Life, available in paperback and ebook from online booksellers. 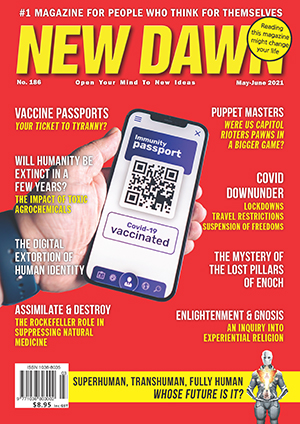 Get the issue this article appears in