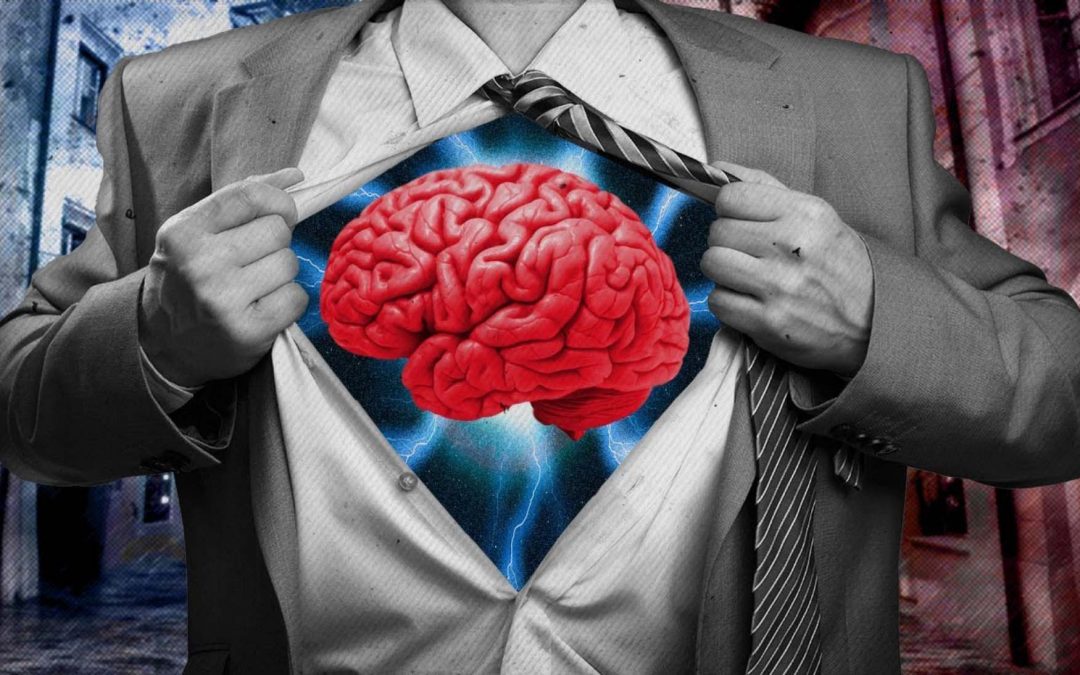 The Most Important Video We Have Ever Watched!

Aaron and Melissa Dykes have made the single most important video that we have ever watched. It is called Putting a Chip in Your Brain Will Not Make You a Superhero or a God.

It follows their astonishing documentary about the history of mind control, The Minds of Men.

Elon Musk, the super-wealthy founder of Tesla, has now officially with great fanfare rolled out his ongoing and rapidly progressing technology for the physical control of the brain and mind by irreversibly hooking up our living brains with thread-like wires to the hard metal of supercomputers. But what will happen to the humans enmeshed in this catastrophe and who will be controlling them?

In the video by Aaron and Melissa, we see and hear Musk and his team at their official roll out describing how they are building a foundation for mass application by first getting approval from the FDA for more limited “medical” uses.

Inevitable Collusion with the FDA

Will they succeed in getting the FDA to cooperate with their grand plans? This is the same FDA Medical Devices division that tacitly approved lobotomy and psychosurgery by never lifting a finger to have it controlled. It is the same FDA division that finally after 80 years took action aimed at electroconvulsive therapy (ECT) this year by officially approving it for the first time.

If the FDA can approve something as grossly brain damaging as ECT—knocking people out with jolts of electricity through their brain causing a severe convulsion, putting them into a coma, flatlining their brain waves, and having them come awake with a severe traumatic brain injury (TBI)—the agency will have no trouble approving “little tiny wires you can barely see” stuck in our brains.

The FDA Introduces Monarch for Our Children’s Brains

In fact, the FDA has already revved up the electrical attack on our brains—starting with the brains of our children. Through our new project, Stop the Psychiatric Abuse of Children (SPAC!), Michael Cornwall and I are trying to stop the newly FDA-approved Monarch device which uses electrodes on the forehead to flood the brains of children with electrical impulses for psychiatric purposes. This electrical “stimulation” technology—really, electrical disruption and destruction technology—was approved by the same FDA division for Medical Devices and is primitive compared to Musk’s incredibly ambitious project. Monarch, as rudimentary as it is, is a gateway to Elon Musk and those who join him in promoting physical control of the brain and mind. If the FDA approved Monarch, how much more readily will they approve interfacing the brain with computers with all the intellectual hoopla and multi-billionaires promoting?

Musk will plant the tiniest possible electrodes (called threads) permanently in the brain along with a chip in the brain to interface with apps that will be controlled by neuroscientist Muskies (my word) doing the great man’s bidding. Even if this were safe, which it absolutely is not, the Dykes remind us that these devices will enable hackers literally to break into people’s brains and minds to work their will on helpless human beings.

Imagine ransomware getting hold of your brain and demanding an astronomical payment for its release. There are so many horrors easily imagined and easily made into reality by these technologies, from taking prisoner the minds of men, women, and children to discovering, in the long run, that the permanently implanted electrodes wear down and destroy free will and the sense of being human. Then there will be all the subtle changes that human subjectivity cannot not detect because the induced brain dysfunctions will inevitably dull our sensitivity to ourselves and begin to seem like “normal.”

Ultimately humans will not know what it was once like to be free and independent thinkers and autonomous beings. There will be vague yearnings for what was once experienced or talked about, references in books to a free will and autonomy, that now seems old-fashioned and romantic. Technology will indeed have won. But that last comment is nonsense, because technology will not be the victor. The victor will be the malicious will of people like Elon Musk.

A Faustian Compact with AI

Watching Musk in the video, we see a person who looks and sounds like Faust making a deal with the devil by accepting physical control of the brain in order to fight off the superiority of Artificial Intelligence (AI) which otherwise will take over the world. I am not exaggerating; you must see the video.

You will witness how Musk once called AI a demon and now he says we have no choice other than to physically interface our brains with the demon AI in order to control it. Musk is specific about this Star Wars of the brain drama—physically interfacing computers with the brain to make us into superheroes who can defend ourselves against and triumph over the monster AI that Musk and others have already supposedly unleashed on us.

Never mind that Musk’s pretensions are grandiose, probably cannot be done effectively with any existing technology, and doomed to end in tragedies beyond human comprehension. Musk is forging ahead with it and he will easily garner billions of dollars from investors to develop and promote it. And as you look and listen to Musk, you will see a man who is sweating, stammering, nearly incoherent at times, frequently giggling and laughing demonically, and literally looking possessed, as he voices megalomaniacal aims. Once again, you must see the video for yourself to confirm what I am saying.

Physical Control of the Brain for Political Purposes

As Aaron and Melissa demonstrated in The Minds of Men, I was probably the first to criticize in detail the blueprint for all that is now unfolding when in the early 1970s I took on the neuroscientist Dr. José Delgado, author of Physical Control of the Mind: Toward a Psychocivilized Society.

Delgado was literally a Fascist, a man who received medals from Fascist Spain, and who claimed that his work proved the irrationality of the American Founders in proclaiming that human beings have free will and the right to enjoy political liberty. I was able to stir up so much criticism of him that he was driven out of Yale University, where he was a visiting professor, and he had to creep back to Spain. I doubt, in the current worshipful environment toward technology, if I could have a similar impact.

At the time he was forced to leave the US, Delgado was masterminding the remote control of hapless mental patients who came under his dominion. This project, which my anti-psychosurgery campaign stopped, was conducted by a psychiatrist and highly respected neurosurgeons affiliated with Harvard in Boston. You can read about all this in my overview report for a law review titled “Psychosurgery for Political Purposes.”

Please, please watch the new video by Aaron and Melissa Dykes: Putting a Chip in Your Brain Will Not Make You a Superhero or a God.

We will be communicating more about this enormous, escalating threat which will make psychiatry with its drugs and electroshock look like a minor phase in the suppression and control of human beings through technology.

Perhaps the most insidious thing of all—the stigma of psychiatric treatment has been removed. Elon Musk and billionaire friends will be using physical control of the brain, not to cure alleged mental illnesses or violence, but to make us Better than Ever—super people physically joined to computers to Take on the World as Cybernetic Superheroes! It will make a great action movie; but it portends the end of humanity as we know it.

TSM [TruthStream Media] Editor’s Note: It wasn’t until after we uploaded the video above regarding the Neuralink rollout that we discovered (unsurprisingly) that DARPA, the Defense Advanced Research Projects Agency, was responsible for funding the creation of the electrode “sewing machine” robot, about which the agency discussed its “excitement” on Neuralink’s progress in an official DARPA Instagram post the day after Elon Musk’s big announcement. 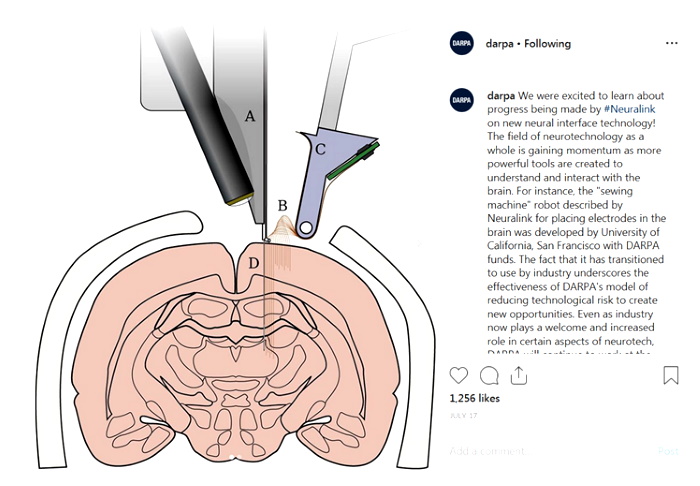 We were excited to learn about progress being made by #Neuralink on new neural interface technology! The field of neurotechnology as a whole is gaining momentum as more powerful tools are created to understand and interact with the brain. For instance, the “sewing machine” robot described by Neuralink for placing electrodes in the brain was developed by University of California, San Francisco with DARPA funds. The fact that it has transitioned to use by industry underscores the effectiveness of DARPA’s model of reducing technological risk to create new opportunities. Even as industry now plays a welcome and increased role in certain aspects of neurotech, DARPA will continue to work at the frontier of what’s possible to avoid surprise, reduce risk, and continue to create opportunity. For instance, our Next-Generation Nonsurgical Neurotechnology program is looking at how to develop high-resolution interfaces that work without the requirement for surgery so that they can be used by able-bodied people. (Images: @UCSF) #brain #innovation

As Engineering.com explains, “Basically, DARPA is looking for a way to wirelessly ‘jack in’ to a soldier’s brain tissue to use AI software systems to control autonomous and semi-autonomous weapons. And DARPA has been pursuing and funding research on brain-machine interfaces since it began awarding contracts to researchers at UCLA starting back in the 1970s, which was previously funded by a grant from the National Science Foundation.” 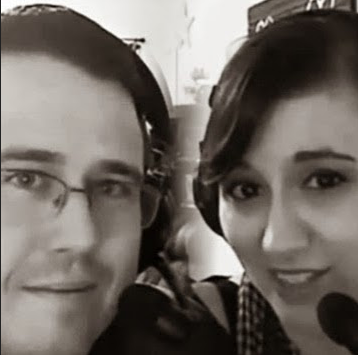 Aaron and Melissa Dykes (formerly Melton) created Truthstream Media to figure out what in the hell is really going on around here.

Co-founder of Truthstream Media, Aaron Dykes is an investigative researcher and video creator with over a decade of experience in uncovering the secretive and often nefarious that gravitates around power. Together with his wife Melissa Dykes, Aaron has traveled across the country in search of threads tied to political intrigue, black ops, military industrial complex, the weaponization of science, a hidden history of eugenics and population control, unethical human experimentation and the quest to control the physical mind that remains ongoing and little known. Aaron has been part of hundreds of videos and interviews on a variety of important topics across the spectrum of geopolitics and conspiracy, news and olds.

Melissa Dykes is the other co-founder of Truthstream Media, and a passionate and witty voice for common sense and sanity in a world plagued by lies, corruption and deep conspiracies that has patched over reality and left a world of naive and helplessly herded people lost in technology, and cut off from their own history. She has focused her investigative research and video production on issues ranging from health and safety in smart meters, EMF, ersatz food, cell towers and other modern environmental concerns, to the dark underbelly of covert experimentation, CIA plots, secret infrastructure and the organized and systematic control over the minds of the population. Melissa has written dozens of articles, edited and produced countless videos, and several documentary projects in the hopes of shining a light in the right places.

Support Truthstream on Patreon and read their goals here: https://www.patreon.com/truthstreammedia