Quantum Self: The Psychology of The Many Worlds Theory 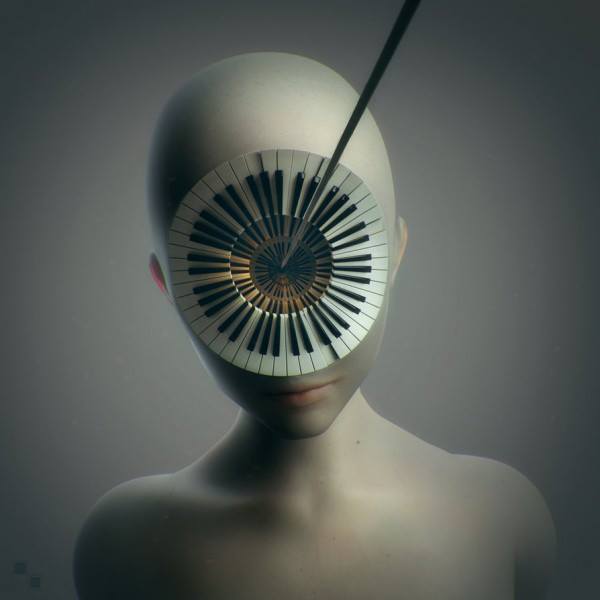 Quantum Self: The Psychology of The Many Worlds Theory

“Understand how great is the darkness in which we grope, and never forget the natural-science assumptions with which we started are provisional and revisable things” ~William James

Imagine you are the universe, and the universe is you. Feel it: the raw stardust in your bones, the ancient heat in your blood, the infinite interconnectedness of all things in your gut. Allow the fresh intensity of the moment to transcend all moments from quantum singularity to singular perception.

Looking back, the story of you is thermodynamically layered through the push-and-pull of entropy. You’ve ascended an infinite staircase. One in which began with a singularity, and only now seems to end in a singular perception of it all.

But what if this singular perception is the illusion? What if the billions upon billions of singular perceptions—including those of other humans and animals and even insects—is but only a smaller infinity hidden within a greater infinity? What if it is less true that you are a finite being experiencing the infinite universe, and more true that you are the infinite universe experiencing itself in a finite way?

Governing this precept, the story you’ve been telling yourself is mostly fictional. It’s a multifaceted cake of hyper-delusion. Your “Self” is more multilayered masks than it is a monumental identity. Though you would probably rather the latter were true, the former is closer to the truth.

But the beauty of this is that when you embrace your multifaceted self, you get closer to connecting with the interconnected cosmos and the ever-changing, never-permanent universe itself becomes your monumental identity. You are the multiverse.

The Many Worlds Theory:

One way to trick yourself into perceiving reality through this kind of metaparadigm is to use Hugh Everett’s Many Worlds Interpretation of the quantum enigma. Everett came up with the idea in the 1950’s to allow cosmology to treat a wavefunction for the universe.

All possible outcomes of any given state or instance from the big bang to the present moment exists somehow in its own universe. There are infinite universes branching from an infinite array of states and instances. This is the Many Worlds interpretation of the quantum enigma.

For example: We can both agree that there is an apple on the table. We can both agree how it got there, how it was grown from a tree, how the tree was grown, how time and evolution created that particular tree, and how the earth at some point in our history created an environment that could begin the evolution that led up to that tree.

But those “realities” are “elsewhere” in the multiverse. This reality, the reality where we can both agree that there is an apple on the table, is our shared perceptual reality.

The amazing thing about this interpretation is that it creates a kind of Super Anthropic Principle, where our reality exists with us in it because it just so happens to not fall into the null set of infinite realities where we do not exist.

“If you reject the infinite, you are stuck with the finite, and the finite is parochial… the best explanation of anything eventually involves universality, and therefore infinity. The reach of explanations cannot be limited by fiat.” ~David Deutsch

Now, let’s take this to the next level: life and death.

Imagine I’ve just cut the apple in two and we’re chewing away on our half apple, and suddenly I’m shot through the head by a sniper on a roof four hundred yards away. Boom! I’m dead.

But what about me? I’m dead. Right? Not so fast.

Death only exists as a null set to the one experiencing their own death. So really, actually, death doesn’t exist. It only perceptually exists. Boom! How’s that for a thought experiment?

You are the universe perceiving itself:

What matters is perception (the collapsed wavefunction), but what’s “actually happening” is infinity (the infinite wavefunction) branching off infinity, infinitely. Infinity doesn’t matter to a being who perceives an infinite reality through finite faculties. But that doesn’t get us off the hook of infinity. We’re always on the hook.

The Pit by Andrey Bobir

This article (Quantum Self: The Psychology of The Many Worlds Theory) was originally created and published by Self-inflicted Philosophy and is printed here under a Creative Commons license with attribution to Gary Z McGee and self-inflictedphilosophy.com. It may be re-posted freely with proper attribution, author bio, and this statement of copyright.