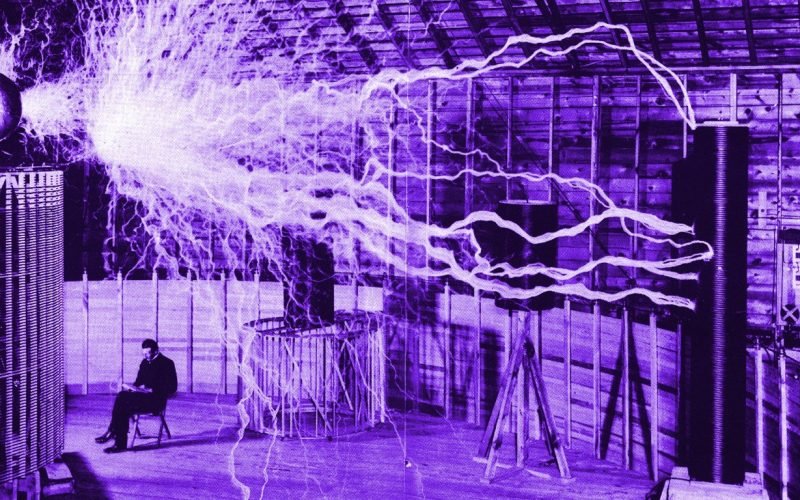 BY ARJUN WALIA
AND

‘Free energy’ is a term that is tossed around a lot in new energy communities. But to be fair to the many professionals we’ve interviewed in the new energy sector, it’s not a term that many within they like to use. That’s because it’s not really ‘free,’ or what we perceive ‘free’ to be. It’s not like the power source for generating the energy to run these machines (discussed below in this article) is coming from ‘nowhere.’

In some cases, the energy can come from clever magnetic configurations, in other cases it’s forms of perpetual motion. But in cases that garner perhaps the most attention, the energy is said to be coming from the quantum vacuum. This ‘void’ seems provide potentially unlimited quantities, given the fact that it’s the invisible ‘stuff’ that makes up our known entire universe. Bottom line, it seems there is enough to go around.

Sure some will say outdated methods like solar, wind, and other ‘clean energy’ initiatives are the way to go, and even “the future,” but truthfully these technologies are primitive in terms of what our team has seen first hand over the years. The challenge we have today is government is pushing humanity in a direction of these primitive technologies, and culture is grasping on as if it’s “the best way”, but fact is there are many more advanced ways to generate clean energy that could revolutionize our world and end government’s control over the population via energy cost and production.

“Much to my surprise, these concepts have been proven in hundreds of laboratories around the world, but have not really seen the light of day.”    – Dr. Brian O’leary

The Quantum Vacuum: What Is It?

Long ago, physicists discovered that what we call ‘space’ is not empty, that there is energy in space, and that it’s full of ‘stuff’ not visible to the human eye. This is exactly what an atom is made up of, spinning and vibrating bits of energy, once perceived to be completely void and empty. Turns out, it’s probably the ‘invisible’ that governs the ‘visible’ matter we see everyday.

“No point is more central than this, that space is not empty, it is the seat of the most violent physics.”

This was further illustrated in what’s known as “The Casimir Effect,” which demonstrates zero-point energy. The implications of this are far reaching and have been written about extensively within theoretical physics by researchers all over the world. Today, we are beginning to see that these concepts are not just theoretical, but instead, very practical. (source)(source)

In simple terms, this energy in space is in fact there, but the next question is: how much of this energy can be ‘tapped’ and how much power generation can it provide us with?

Below is a video of Nassim Haramein, who currently leads a teams of physicists, electrical engineers, mathematicians and other scientists to explore the frontier of unification principles and their implications. In it, he goes into more detail.

“Space is actually not empty and it’s full of energy…The energy in space is not trivial there’s a lot of it and we can actually calculate how much energy there is in that space and that reality might actually come out of it. Everything we see is actually emerging from that space.”

One paper titled “Extracting Energy and Heat from the Vacuum” in Physical Review by Daniel C. Cole, Ph.D. and Associate Professor at Boston University in the Department of Mechanical Engineering, and Physicist Harold E. Puthoff shows that:

“Relatively recent proposals have been made in the literature for extracting energy and heat from electromagnetic zero-point radiation via the use of the Casimir force. The basic thermodynamics involved in these proposals is analyzed and clarified here, with the conclusion that yes, in principle, these proposals are correct.”

Given what Haramein is suggesting, along with the academics mentioned above, we can begin to put a lot of weight in the fact that these concepts are not only true in principle, but are no longer just theoretical. So why is it considered ‘nonsense’ in the mainstream world? Why are we putting so much money, energy and time into outdated technologies if this is truly the forefront?

“These are not just fringe scientists with science fiction ideas. They are mainstream ideas being published in mainstream physics journals and being taken seriously by mainstream military and NASA type funders.”

Theodor C. Loder, III, Professor Emeritus at the Institute for the Study of Earth, Oceans and Space at the University of New Hampshire puts it best:

“There are technologies presently being repressed, that are real and could replace the present fossil fuel usage with appropriate investment in research necessary to bring them online… There are scientists ready to testify at a Senate hearing on the realities of these issues.”

Is There An Example?

“While the world has been distracted by hula hoops, pet rocks, dot coms, fiber optics and the latest new App to to hypnotize the masses, engineers, and inventors have quietly been at work trying to understand what Tesla meant when he said, ‘Ere many generations pass, our machinery will be driven by a power obtainable at any point in the universe.’”

Below is a video discussing an energy device invented by Paramahamsa Tewari. The video discusses some of the challenges we face with exploring new energy technologies, and it shows the ‘over-unity’ tests results done by Tewari and his team as well as results replicated by another factory.

You can learn more about Tewari and follow his work here.

While thinking about these concepts, it is important to acknowledge the world of secrecy. There are multiple inventors utilizing these concepts, and unfortunately the trail leads towards the secret space program, and the powerful people that might have to take a big hit if they do not have control of these technologies.

It’s also important to note that ever since the “Invention Secrecy Act” was brought into effect in 1951, over 5000 inventions alone were issued secrecy orders at the end of 2014. (source)

As Steven Aftergood from the Federation of American Scientists reports:

Something to think about…

“Ere many generations pass, our machinery will be driven by a power obtainable at any point in the universe. This idea is not novel…We find it in the delightful myth of Antheus, who derives power from the earth; we find it among subtle speculations of one of your splendid mathematicians….Throughout space there is energy. Is this energy static, or kinetic? If static our hopes are in vain; if kinetic – and this we know it is, for certain – then it is a mere question of time when men will succeed in attaching their machinery to the very wheel work of nature.”

This is a tough question to ask as why should some suggest humans are not ready for something? Who could say such a thing? Well, this is an important question to consider when looking at these energy technologies and putting them in the context of our current society. These technologies leave no aspect of humanity and our society untouched. Our way of life, minds, values and beliefs would adjust as we acknowledge what these devices are doing and can do.

Are we open to having mysterious questions perhaps answered? Are we willing to change the way we live and relate to one another? Are we willing to forgo the limitations our current societal systems and infrastructures have thrust upon us?

We explore this question more deeply below.