Reading Braille in The Desert By Ariellion 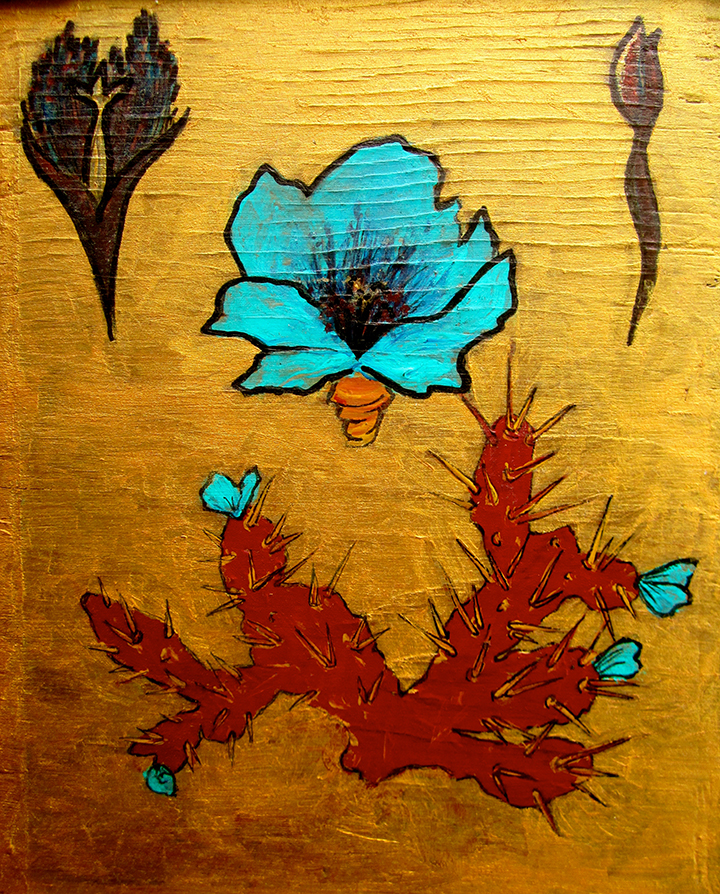 Reading Braille in The Desert

Many years ago I accepted a well-intentioned but presumptuous invitation with my own well-intentioned but naive expectations. The invitation was made by an Anglo woman speaking at UC Berkeley; a self-proclaimed, perhaps (perhaps not) indigenously sanctioned, liaison for the Dine (Dineh/Navajo) people at Big Mountain-Black Mesa. She was rallying volunteers from the student body and general public to serve as witnesses to land and property infringements taking place there on indigenous lands. The Bureau of Indian Affairs was, at that time, confiscating livestock belonging to Dine families that grazed over the boundaries of certain areas under legal and cultural dispute. Many families were losing a prime source of income in this way and were financially unable to retrieve them from BIA impoundment. I travelled to New Mexico with a friend of mine from Guatemala who is half Mexican Indian. As a woman of mixed European and Native American heritage, I had often passed myself off as Latin American, so together he and I felt confident in our “fitting in” potential: ludicrous assumption, that. Any assumption based on such a false equation is bound to be exposed in all its erroneous glory, and more to the point, it reveals some sort of latent humor underlying the assumption of self-importance, one that usually emerges as a last laugh at the expense of the very personage so inflated by this puffy, inconsequential fluff. No exceptions here. 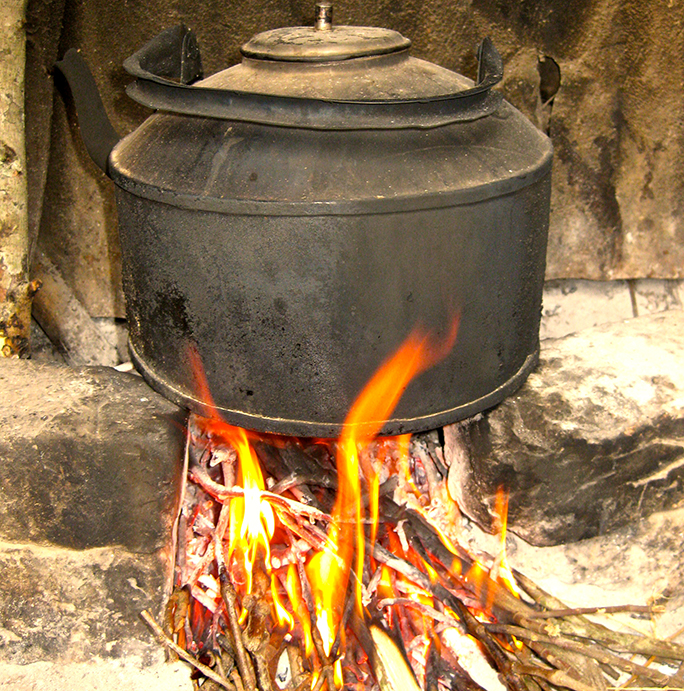 My friend and I were placed with a household of the extensive Biakeddy family. Old Jesse, the patriarch, was a Vietnam veteran who had been a radio ‘code-talker’. He spoke in low monotones, delivering daily directives and wry humor with the same, unchanging expression. His wife spoke Navajo, and if she spoke English too she did not share that fact with us, though she was generous with her smiles and servings of mutton and fry bread. Their son, Ashke, was about sixteen, with a mischievous spark to his cultivated sullenness and a shock of spiked black hair styled in a sort of mullet-mohawk.

On the afternoon of our arrival, Ashke took my friend and I on a ride in a low pickup truck that scraped along the rocky dirt roads, to a canyon where his family’s sheep were brought each day to graze. When we got out Ashke produced a scuffed-up looking pistol and told us we needed to know how to shoot it in case coyotes came after the sheep while we were on watch.

“Who’s first?” he asked. My friend shook his head and I, eager to prove my reliability and grit, reached for the gun. It was not my first time handling a firearm, but I lacked a basic finesse and competency, which soon came into evidence. Ashke pointed at the rock face several hundred yards in front of us, indicating to shoot that way, I assumed. I did so, but not before both the boys had clapped their hands to their ears, ducking into themselves with anticipation of the gun’s echoing report. I entirely neglected to consider that fact. I lost my hearing for almost two days. “You should’ve thought of that before you pulled the trigger”, Ashke said once I’d regained auditory capabilities. A succinct statement of the obvious.

After a month with the Biakeddy household, waking before dawn to herd the sheep and goats through the desert; eating mutton on fry-bread; sleeping in a hammock outside, I began to loosen the grip of self-importance with which I’d been clutching a misconception of myself as some crucial payer in the cycles and the operations of daily life there. My true colors started to show in relation to my personal preferences. My earnest facade gave way to a somewhat more weary, grudging, sense of duty. My sense of ‘noble purpose’ diminished exponentially as the days of babysitting the sheep and goats passed. I sometimes snuck peanut butter to spice up my fry bread, smuggling it to the woodshed with no small degree of shame. I fed mutton to the dog under the table. I snoozed on the ground while the livestock wandered off. But I still wanted to be helpful, or at least mildly useful. This final vestige of self-indulgence was stripped away like a band-aid over hairy skin when Old Jesse made an offhand comment to me one afternoon. His face emitted humor in the crinkles around his eyes, even as the rest of his face remained impassive; “You know we don’t really need you to mind the sheep and them guys, right? Nice sleeping in lately though”. More eye crinkles. “You really wanna be helpful?” I nodded, struck dumb as another simple statement of the obvious realigned my worldview. “You wanna make change, you gotta get to the source of the problem. And it ain’t here.” He laughed. “Go to school, learn how to make laws and write some better ones”. And that was it. He went back to his business and I began putting the pieces of my life plan back together into a different order. 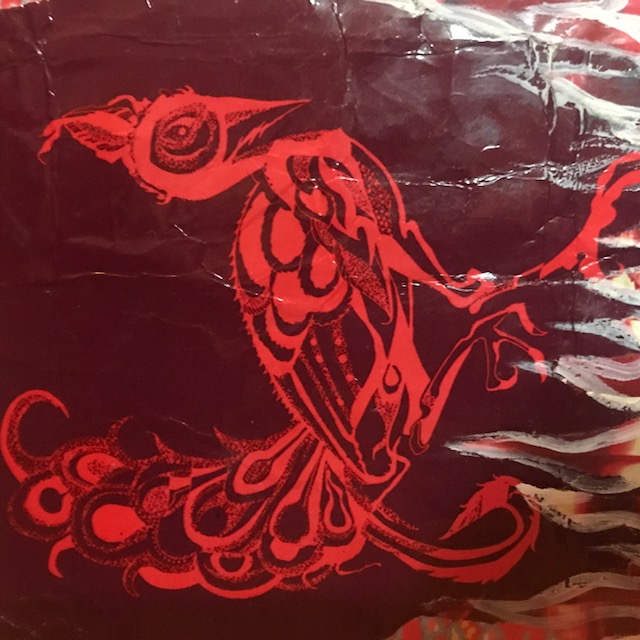 Old Jesse was a catalyst in my life. I had ventured there thinking to serve some purpose for a greater cause, but what I gained was humility and an unforgettable crash course in not taking myself too seriously. I did go to college, though it had not previously been my plan. I began with linguistics at the University of Hawaii at Hilo, studying Indigenous language revitalization movements (Hawaiian, Maori and Navajo, among others). I was granted a scholarship to spend a year in New Zealand studying the politics of Maori culture and sovereignty. There, a Maori elder suggested I could perhaps effect more constructive changes in the field of political science than in the field of linguistics. Another beautiful, stunning statement of the obvious to which I’d been oblivious. Another catalyst. I changed my degree to poli-sci and added a minor degree in Human Rights law. I went on to complete a Masters degree in sociology with a focus on International Human Rights Law and Indigenous conflict resolution methodologies (Restorative Justice). My studies and life lessons took me to East Jerusalem and Ramallah, volunteering at a community center for Domari children and then to Pollsmoor Prison in Cape Town, South Africa, where teen gang members with facial tattoos and head scars disassembled my worldview for me once again.

While the dawning realization that my steadily accrued knowledge base did nothing to really connect me to the deeper source of human suffering, historical trauma or authentically lived experiences of Native people in contemporary paradigms, it did avail me to a great range of resources: from the historical archives of individual indigenous testimonies to the empirical nuances of ceremonial Pow-Wow in action. But my greatest learning came from sitting with humbled silence in a circle of Native women holding prayer for kin in great suffering; from hearing without words the message of Jesse Biakeddy again and again in my mind; from countless examples of the fundamental injustice, imbalance and disarray of the world order as it pertains to honoring Indigenous, Aboriginal, Native and First Nation integrity and sovereignty.

And while I am perhaps no closer to effecting change, being useful or playing any kind of ‘important role’ in ameliorating things beyond my capacity, the essential awareness of my insignificance is coupled with resilient determination to show up again and again with the intention to bear witness, to lend grace, to hold space for effective change. I have been profoundly relieved of my delusions of importance, sustaining only a steady reminder to learn and let go, and always, always laugh when the opportunity presents itself, whether it’s at my own expense or that of a lesson well learned. It seems to me that there are times when reading the signs blindly, with intuition, spell out far more impactful messages than those seen with the glaring eye of assumed awareness.