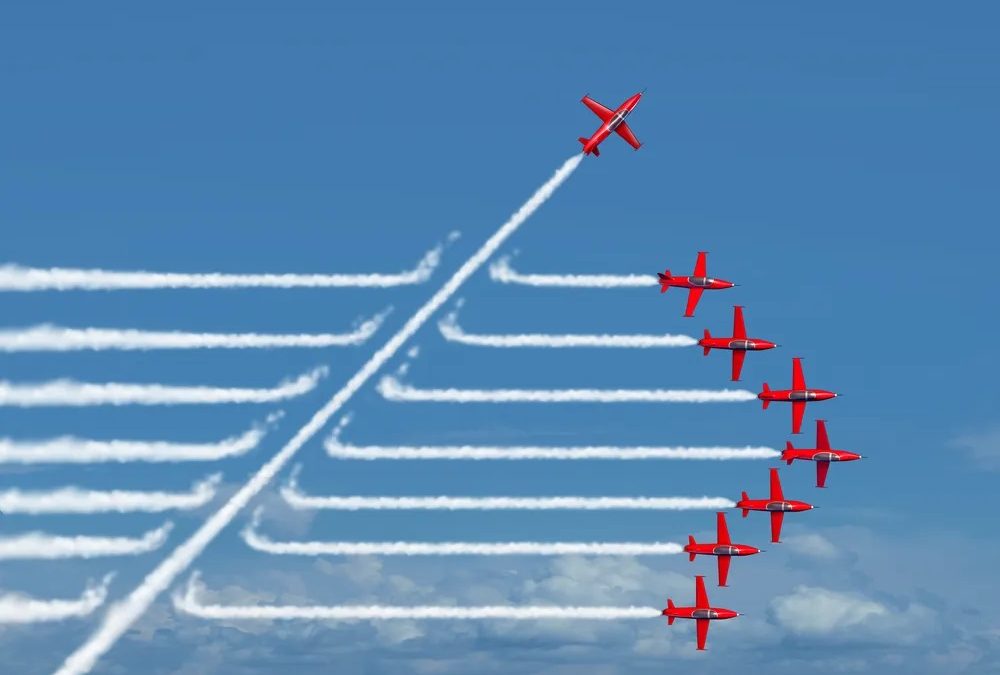 We took a major step in shifting collective consciousness.

As I was inspired to write this I recalled a line from the movie The Matrix: “you’ve felt it your entire life.”

The movie’s it is a distorted version of reality pulled over our eyes that hides the true nature of our reality. Neo senses that the world he lives in isn’t quite right, and that there’s something more. But he can’t put his finger on it. He’s searching for answers.

The it I’m going to talk about here is similar. I believe the it many of us feel is the feeling that the narratives that spew from mainstream media and government officials – pop culture even – are not entirely true. These narratives feel like a distorted version of reality.

We may not know entirely what ‘the truth’ is, at least if we’re being humble and honest, but we know something is off. And many of us go searching for answers to our curious questions as a result.

It can feel lonely at times holding this feeling. Trying to make sense of the world around us as we wonder whether we are the ones who don’t see things clearly or whether it’s the mass of society who doesn’t.

Evidence is usually a big part of what confirms this felt sense or right intuition that mainstream narratives are in fact distorted. But sometimes evidence is hard to come by. Thus we can stand by our intuitions if we like, or bail on them. If we do stand by, it’s often hard to communicate with others because evidence doesn’t always exist to prove what we’re saying.

I believe many moments in 2022 gave us more evidence that the it so many of us feel is correct – that the narratives we are told are a distorted version of reality, but I want to talk about one in particular.

Moving through COVID was a moment where millions of people realized how corrupt our systems of government, social media, and mainstream media truly are. Over and over we got to see the lies and deception of governments as they hid truths, misled their citizens, and worked to censor those who opposed their narratives and policies.

Mainstream media failed deeply to ask basic questions during COVID. And social media giants worked in lockstep to play along with government’s wishes. Even when the truth wasn’t known, curious dialogue that could help us explore what the truth might be was shut down. Experts were sidelined and ridiculed. They lost their careers and were defamed. Most of them turned out to be right in the end.

Does a healthy society do things like this? Do these overt actions help reveal the true nature of our reality?

As we near the end of 2022 I have been reflecting on some of the bigger moments of the year. Moments and stories that I feel have big evolutionary power when it comes to societal shifts. I land on one that might prove to be the biggest. I’m talking about the Twitter Files.

Many of my colleagues in alternative media don’t find this story very exciting, and I totally get why. The Twitter Files are a series of document leaks that came out of Twitter since Elon Musk took over. They clearly and evidently showcase the ways in which Twitter not only worked with government administrations, but also government agencies like the FBI, to meddle in federal elections, and censor scientists and voices who oppose anything that went against government narratives – even when the government narratives were absolutely false. (I recommend checking out Matt Taibbi’s work on the Twitter Files.)

The reason why many of my colleagues in alternative media are not impressed by these files is because many of us have been reporting on this for years. Further, many of us have directly experienced levels of censorship that completely destroyed the businesses we built.

Back then we provided documents, evidence, and personal data showcasing what was going on. It was enough to convince some people, but not many. And THAT is why the Twitter Files are so important.

This new evidence doesn’t just wake up a small portion of people to government intention to distort the narratives handed down to the public, it will wake up millions of people. We now have a movement of people that will realize the depths to which governments will forcibly lie to their own citizens for the benefit of government officials and their cronies. And the Twitter Files are likely just getting started.

The Pulse is a reader-supported publication. To receive new posts and support my work, consider becoming a free or paid subscriber

You know this story has power when mainstream media is virtually silent on the issue of the Twitter Files, and are doing everything they can to shit on Elon Musk in the process. Of course many criticisms of Musk are totally valid, and I have my own, but I still feel an effort is being made to avoid the size of this story and its revelations.

Where my alt media colleagues are losing the script is in the very fact that I said mainstream media “are doing everything they can to shit on Elon Musk.” This sentence makes many of them think I’m suggesting to blindly support Elon Musk. This reveals the bias that is pervading the minds of many. Not allowing them to see the various upsides and downsides of anything that happens in life because we are so stuck in black and white thinking or our own narratives.

Even if you think that the entire Twitter Files story is an agenda to trick the ‘free thinkers’ into loving Elon Musk so they will eventually accept his technocratic agenda of Neuralink implants in their brains so their thoughts can be controlled, are you really going to deny the benefit these files are having on public consciousness?

Before I hear another silly comment about “Musk fanboying” and “saviour complexes” or “you’re so naive,” really read the words I’m taking the time to write.

Nowhere am I saying go and get a brain implant in your head and trust EVERYTHING that Musk says. Instead I’m saying what I’ve carefully said for 15 years: be critical of Musk and anyone else. Take each action moment by moment and oppose what you don’t like while celebrating what is useful. Don’t create more noise. Don’t sow more confusion. No single person is going to be perfect and have a fully clean bill that makes them the ‘truth master’ that will wake up all of humanity. This is going to be a messy process, with bits and pieces coming from all over.

I’ve always stated no one is coming to save us but us. That personal responsibility is the only way out of the mess we are in.

Question whether your views are so deeply cynical that you may have become black pilled. Which is to say you become so lost in the belief that nothing good can happen, no change can occur, and that the elite have ultimate power that you no longer can be an agent of change. You no longer can see possibility. That everything is the all out agenda.

Be open, be curious, be critical, and be courageous. No one is asking you to have blind faith. Even if this was an agenda, what if it backfires? What if because of your ability to hold nuance you can be an agent of change that allows the Twitter Files to wake people up while also helping others think critically about transhumanistic futures?

We Have The Power

In the end, the collective has all the power. We as people decide what will happen in our world with our collective direction and consciousness.

The more proof that enters mass consciousness as we still hold a collective worldview built around materialism, the more people will pull their faith and trust in the institutions that are misleading them.

Of course, even with the proof, some people will not change their minds. That’s OK. Love them anyway. Have compassion for them and don’t dehumanize them. Many didn’t like it when the unvaccinated were ridiculed and dehumanized during COVID, so do you really want to stoop to the atrocious level of government and mainstream media and do the same to others because they might not believe what you believe?

As 2022 ends I see The Twitter Files as being one of the stories with the greatest potential for people to realize how their perception is being manipulated. When we realize that, all else can begin to change downstream as virtually everything that happens in our reality starts with sensemaking.

If our sensemaking is bad because of bias or propaganda, we will get lost. But when propaganda doesn’t have the power it does, and when we become more humble and aware of our bias, we can begin down a path of truly creating the world we all know is truly possible.

Have a great rest of 2022. We appreciated all of the support and love you have given us this year!

If you want build your self awareness, improve your critical thinking, and be more aware of bias, this is the perfect course. Click here to check out a sneak peek and learn more.