Redefining the Meaning of Life and Death by Julian Rose 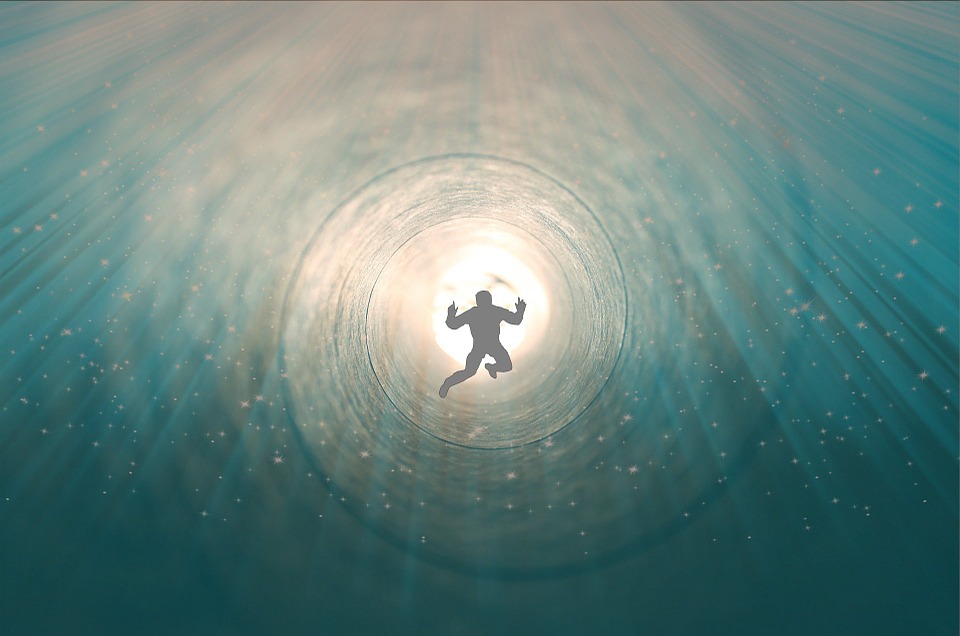 Redefining the Meaning of Life and Death

We need to redefine the meaning of life and death. Re-examine the true significance of their power within our day to day activities on this ever-generous planet Earth.  Because that significance has been almost entirely lost.

Let’s take Life as our starting point, because we are (most of us) participants in life, so it makes sense to consider what it ‘is’ to be alive.

Well some might say “That’s obvious; it’s the opposite of being dead.” However we can’t know this unless we have experienced ‘being dead’. We can’t assume that ‘to be dead’ is the opposite of ‘to be alive’. We can only safely say that the human body, nerves and brain have ceased to function; while when one is alive, they do function.

But when we set life and death in the greater context of existence – in the macrocosmic setting which is their true home – a completely different dimension emerges. Suddenly ‘life’ means something dynamic that is moving, exploring, creating, evolving. Whereas ‘death’ alludes to the lack of these qualities, their non-existence.

To be alive, in the mostly three-dimensional earthly sense of this experience, is to feel the emotions of love, happiness, joy as well as pain, sadness and various other forms of sensitivity.

Whereas Life, in the deeper/broader holistic meaning of this word, covers the whole spectrum of cosmic expressions. Universal energy in full flow. The true expression of cosmic consciousness taking form as the vast myriad of exigencies that constitute the sum total of all that ‘IS’.

So if this omnipotent exigence is ‘Life’ what can death be? 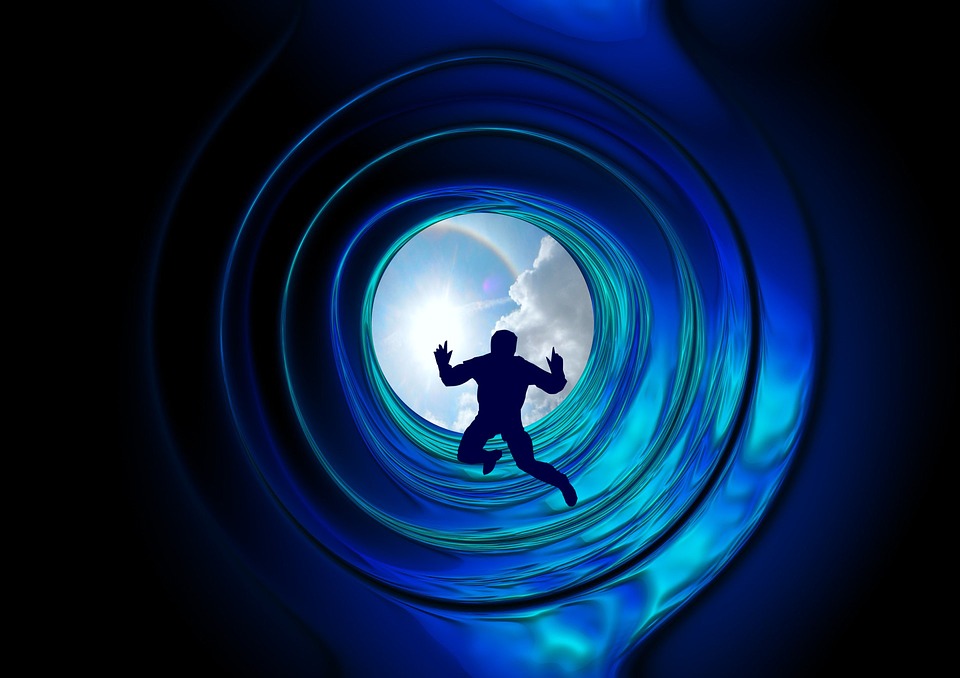 Once again, explored on the broad cosmic level/dimension, death – defined as a lack of the exigences described above – has no meaning. Since the great cycle that we call life contains within it the process of decay, transformation and rebirth. They are integral to the great wheel of existence.

We can conclude that death does not actually exist, because there can be no opposite of life once we recognize that the life process simply integrates dying as a phase of living – not as its opposite – not as an end to life.

Thus the cosmic truth reveals itself. There is no ‘end’. There is no death. The concept ‘death’ was invented so as to cause fear and to thereby facilitate control. Absolute control.

Now I’m going to bring us back to earth, whose evolution has been entrusted in our hands. We are trustees of this planet, gifted this role by the Supreme Creator.

Here on earth, a condition that fits the common but false understanding of the word ‘death’, does exist. It is a distortion – a reversal of the cosmic truth, which as I have said, recognizes ‘passing’ as a phase of life, not as a ‘lifeless’ condition.

The green leaves of Spring turn brown and fall to the ground in Autumn, enriching the soil in which their seeds will sprout again during the following Spring. This is the life cycle in action.  Universal, eternal and always in transformative movement.

But a large number of people have displayed blindness to this truth and have unquestioningly accepted the opposite state of affairs. The completely illogical and irrational idea that there is no further evolution of our spirit/soul upon transitioning beyond the aged body.

No transformation of the autumn leaves into fecund soil. Even if we can see it happening in our own garden compost heap, most can’t recognize this life cycle as a mirror of our own soul’s transformative evolutionary onward voyage.

It is because of this same blindness that we accept being governed by those totally unfit to govern. Our failure to accept – and recognize – our own lives as mirrors of universal life causes us to fall for the fake version of reality. A version now imprisoning much of humanity in a web of deception about the true nature of reality.

Thus we choose leaders who have no qualities of leadership. Those who do not in any way represent the ‘living universe’ – but something else. Something totally lacking the vibrant energy and higher aspiration which is the true hallmark of being ‘alive’.

So it seems that after all there is something which fits the description of death. Something that is not alive, yet moves and breathes as though it were. This is a strange phenomenon. Here we have something that actually fits the criteria of being ‘dead’. The only thing in the universe that I can qualify as fitting this description: joyless, emotionless, soul-less – yet existing – and having the general outward appearance of a living human being.

What is this creature? A creature for which ego is all and all is ego – which believes that life belongs to it – not that it belongs to life. This entity has a strange hold over much of humanity today; and it has the ambition to turn all life into a replica of its own state of cyborgian numbness. To rid itself, and the rest of humanity, of any vestige of the life-force – of Life – is its unbending ambition. 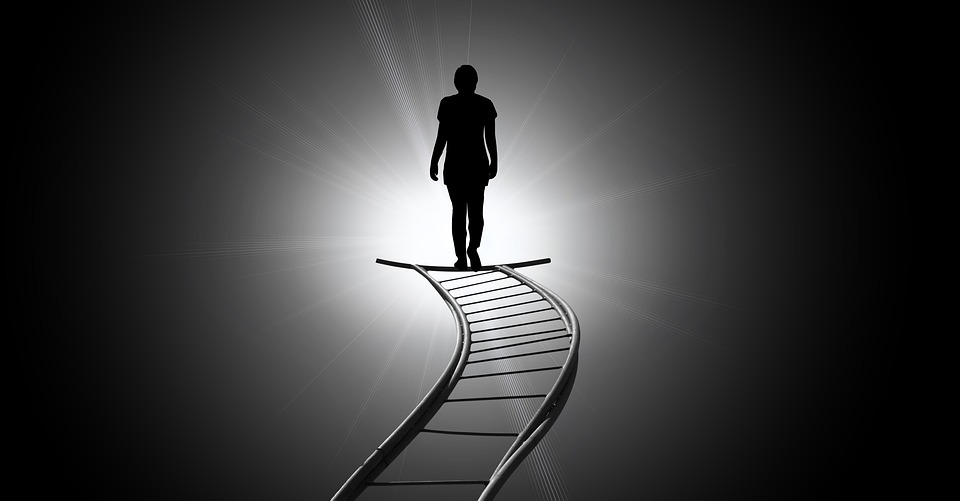 Humans have been allowing such a diabolical ambition to play an ever more influential role in setting the direction of life on earth. We humans have been taking instruction from the dead.

We have mistakenly thought that the dead are alive. And this can only be because the majority haven’t yet experienced ‘life’ in its fullness – as it is – and therefore don’t recognize the difference between themselves and those who manifest an anti-life, demonic state of existence.

Humanity is learning this lesson the hard way. The demonic is amongst us right now, on the surface, in full view. It expresses itself as ‘Covid’ which has people wrapped in fear. Its close cohorts on earth turn up the volume so that the fear becomes ‘the pandemic’. And the demons feed on this death/fear vibration. Then the silent weapons, devised and designed by the anti-life element, are deployed to play their role in the anti-life depopulation agenda.

But life is unvanquishable. When ignored and spurned for decade after decade it finally reveals to its sleeping subjects exactly what their continual ignoring of it is doing. It manifests the divine shock doctrine!

The Covid demons, it reveals, are sleeping man’s own invention. The anti-life fake leaders who push-on with their ‘new variants’, are nothing more or less than the ghouls that emerge to show humanity what its denial status actually makes manifest. And how things will only get worse until it sees the error of its ways and wakes up out of its self-inflicted nightmare.

To put an end to the parade of death, humanity will have to learn to recognize the difference between truth and lie, between reality and deception. And realize that by following the lie for decade after decade after decade, it caused that lie to physically manifest itself right in front of their eyes.

So now humanity is finally witnessing – emerging out of all the main institutions of governance on this planet – exactly what their largely selfish, self-centred materialistic life-style has made manifest.

Truth is an uncompromising actor. If one won’t learn by choice, one will have to learn the hard way.

A core element of humanity is on the brink of absorbing this cardinal truth, thereby acquiring the wisdom necessary to alter the entire trajectory of this planet and beyond. An event which will consciously reunite man with his creator and blow the demons into the furthest depths of the universe.

It behoves us, the trustees of life on earth, to grasp this truth and to thereby trigger this great tipping-point. The event so profoundly anticipated by all who have – against the odds – understood and nurtured the great gift of Life.

In this essay I have tried to show how what’s commonly – and wrongly – called ‘death’ is not an ending of our existence, because there is something ‘live’ which carries-on as soul/spirit: our soul ‘I’. Our ‘soul I’ is something which emerges in us once ‘ego’ is finally given a back seat.

In answering the question “What is death?” I conclude that it uniquely applies to those expressing an anti-life position in all words and actions. The true opposition to the flowering of humanity.

By transforming the dominating power of the ego, and by acting according to the direction uniquely provided by that force called ‘intuition’, our deeply subtle and direct connection with the source of all life can be cemented. The one event which will finally open us to the fullness of creation and bring into true perspective the meaning of the word ‘life’ and of the verb ‘to live’. 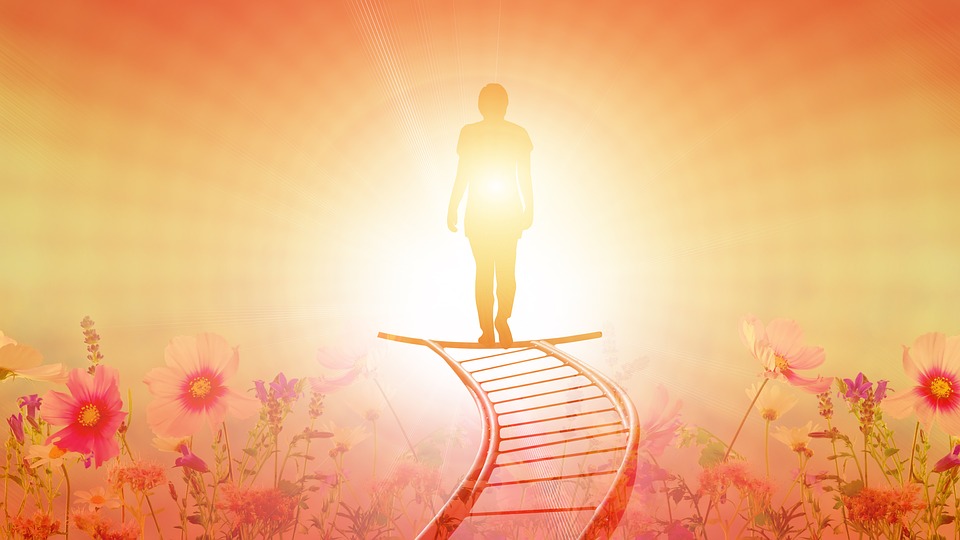