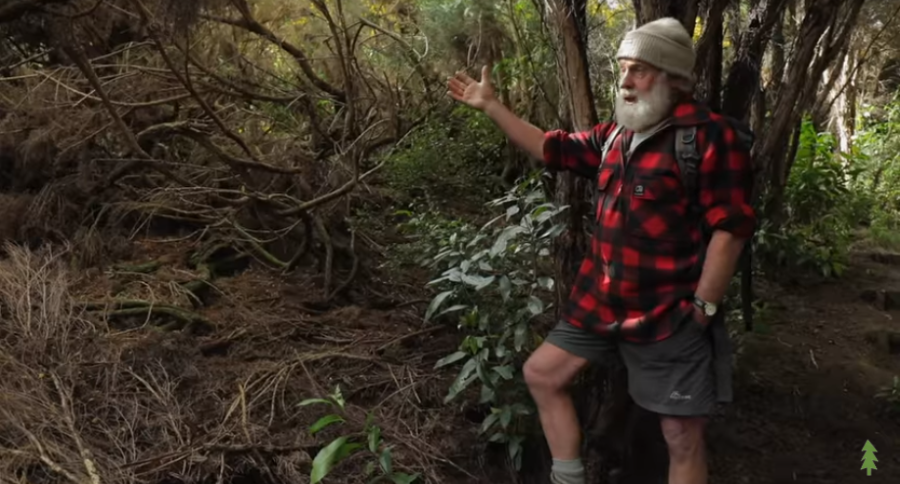 Imagine a place in nature that’s thriving with life, where native plants and wildlife exist in abundance, and the crystal-clear flowing streams are clean enough to drink. Welcome to the Hinewai Nature Reserve & Wildlife Sanctuary, an ecological restoration project located in New Zealand’s Banks Peninsula that’s open for the public to visit and enjoy.

A new documentary titled, “Fools & Dreamers: Regenerating a Native Forest,” produced by Happen Films, features the project and one of its key supporters, botanist, nature buff and native New Zealander, Hugh Wilson, who serves as the day-to-day manager of the reserve.

The Hinewai Reserve aims to promote the natural regeneration of native vegetation and wildlife on about 1,500 hectares (3,706 acres) of land in the south-eastern corner of Banks Peninsula on the South Island’s east coast.

In its natural state, the region was covered by thick, healthy forests ripe in diversity. But over time, the forest was cleared and nearly completely destroyed by human settlers from Polynesia and Europe. By 1990, less than 1 percent of the old-growth forest was left, according to the film.

From a young age, Wilson, who grew up in the area, took a liking to plants and wildlife, particularly bird life. He dreamed about what it would be like to restore or regenerate the forests in the Banks Peninsula. His dream became reality when he met Maurice White, who had established a fund to purchase land for conservation.

When asked if he wanted to be involved, Wilson quickly agreed, and the pair began searching for land to buy. Due to his familiarity with the area, Wilson suggested a piece of land that was a little over 100 hectares (247 acres) in size and was an original part of Hinewai. The land was ideal because it was reasonable in size, but not too big, and it had old-growth forest, which meant it would be easier to track the results of a regeneration program.

In September 1987, 109 hectares (269 acres) were purchased by the Maurice White Native Forest Trust. Over time, the conservation project expanded to about 1,500 hectares (3,706 acres) with the purchase of Ōtānerito Station in 1991, as well as several other additions.

From the very beginning, the idea was to harness the power of Mother Nature to speed up the regeneration of forest and biodiversity — and to make the restoration project open to the public so people could come and enjoy nature in its purest form.

Using a “minimal interference” approach, Wilson had this idea to use the exotic plant gorse to regenerate native forest plants and trees. Once word of his method spread, it drew quite a bit of skepticism and doubt from the locals.

Regenerating landscapes with a pesky weed

Gorse is considered one of New Zealand’s most pesky weeds. It first originated in Europe but was introduced to New Zealand as a hedge species.1 Characterized by its yellow flowers and sharp spiny leaves, Gorse can grow from about 6 to 9 feet tall. It matures and grows quickly, and is highly resilient to herbicides. It’s also tolerant of hot and cold temperatures, high-to-low rainfall and wind and salt.2

Gorse became hated by pastural farmers because it reduced the area available for grazing livestock on pasture land. Most people go to extreme lengths to fight and kill gorse. But not Wilson. He understood that the “weed” had its benefits, too. “Nothing is black and white,” said Wilson in the film.

Gorse is an opportunistic plant that takes advantage of clear ground and forest climates. But it must have full sunlight. It can’t survive in the shade. As soon as it’s shaded, it’s dead, he says.

Gorse grows fast in full sunlight, which allows other plants to grow underneath it, such as shade-tolerant trees. This is how gorse provides the perfect canopy for native forest plants to grow and thrive. It’s also an excellent nitrogen fixer, which means it fertilizers the soil, and in turn, promotes new plant life. Another benefit to gorse is that it can stop steep hillsides from eroding due to its ability to spread and cover the ground in dense vegetation.

Returning to its roots

Within a short decade, Wilson has made significant progress in regenerating native forests in the Hinewai Reserve. A local farmer interviewed in the film said:

“I initially thought that the progression from gorse to native trees would take 50 years. But in 10 years you can see it. You can see them coming up through the gorse, and in areas I didn’t know there would be native growth.”

Thanks to the efforts of Wilson and the restoration project, the Hinewai Reserve has returned to its roots. The forest has 47 waterfalls that never dry up, and is home to trees that are centuries old. The reserve hosts 60 different species of fern, including six species of tree fern.

It also supports many native birds such as bellbird, brown creeper and the grey warbler, just to name a few. It’s home to green and brown geckos, Australian frogs, native eels and fish such as galaxiids, torrentfish and bullies. The coastline nearby supports more diversity including seabirds, marine mammals and fish.3

Many people have asked Wilson if he himself helped replant the forest bed. In the film, he chuckles and explains that there’s no way to physically do it because of the rough terrain and vast size of the land. “Nature plants the forest bed, in ecologically appropriate and scientifically interesting ways,” he says.

The local community was initially skeptical of Wilson and his idea to use gorse to regrow native forest trees and plants. But he’s proved that nature knows best. Wilson is now regarded as a hero both locally and abroad.

Not only do the locals support the work being done at Hinewai, but they have also started to change the way they think about food and farming. Wilson has shown that instead of trying to farm all land intensively — especially land that’s not all that productive in terms of producing food — it’s beneficial to set some aside and let nature take over. “Let’s stop trying to farm that land and let it regenerate on its own and act as one big carbon sink,” says Wilson.

The end result is a surge in biodiversity — plants, animals, insects — which support a healthier environment, and healthier humans. Regenerating native forests is also beneficial for the climate, as they act as giant carbon sinks that help capture and store excess atmospheric carbon in the soil.

Reducing our dependence on fossil fuels

But regenerating native forests and other wildlife areas isn’t enough if we want to solve climate change, says Wilson. We must also significantly reduce the use of fossil fuels, he says, adding:

“The forest here alone might save us from global warming because a lot of the sequestered carbon is locked up in fossil fuels. But even covering every inch of dry land in the world with forest wouldn’t sequester enough if we keep on burning the fossil fuels that have been sequestered for millions of years.

“So, forest is definitely part of the solution, but not the whole part. We have to change the way we use energy, and in a big way. We have to do it really quickly or we’re going to be really stuck.

“No one person can solve these massive problems. All you can do and all the universe can expect you to do is to do your best. Your best can be all sorts of different scales. We’re doing our best here in terms of human life and the ecology and biodiversity and climate and other species sharing the planet with us. All those things.”

Wilson practices what he preaches. He rides his bicycle most places and walks two hours to and from work every day. He also lives in a house with no electricity and uses water heated by solar energy. His primary mode of communication is through a landline telephone.

The work at Hinewai Reserve is made possible in part due to the donations of generous supporters from all over the world. Find out how to support the reserve at FoolsandDreamers.com.

The big takeaway of the featured film is to encourage people to do their part in protecting the planet. That could mean planting for the birds and bees and putting a few flowers in your garden. It could mean riding your bicycle more, using solar energy or growing your own food. For tips on how to grow your own garden using permaculture or regenerative agriculture practices, click here. 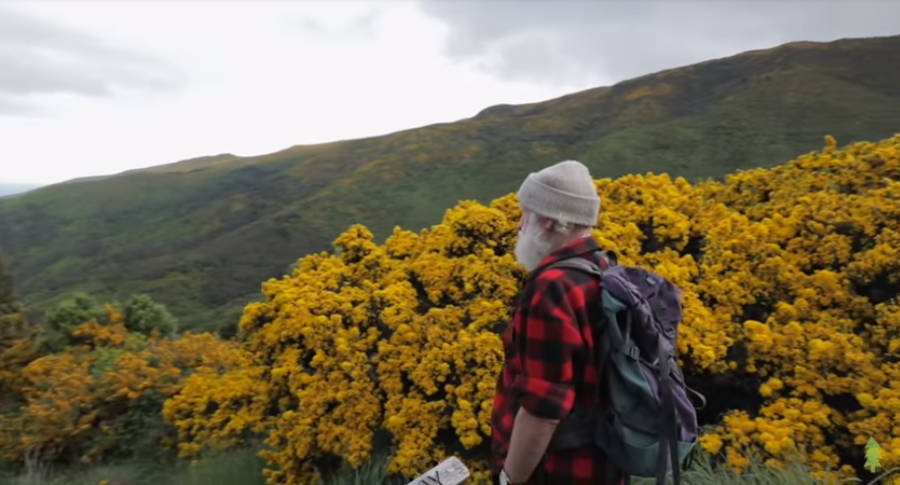 Dr. Joseph Mercola is an alternative medicine proponent, osteopathic physician, author and entrepreneur. Mercola criticizes many aspects of standard medical practice, such as vaccination and what he views as overuse of prescription drugs and surgery to treat diseases. Mercola is a member of the political advocacy group Association of American Physicians and Surgeons as well as several alternative medicine organizations.