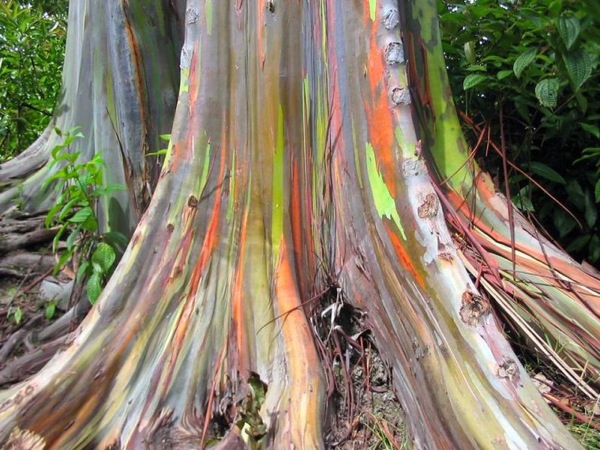 Modern science is only beginning to catch up to the wisdom of the ancients: plants possess sentience and a rudimentary form of intelligence.

Plants are far more intelligent and capable than we given them credit. In fact, provocative research from 2010 published in Plant Signaling & Behavior proposes that since they cannot escape environmental stresses in the manner of animals, they have developed a “sophisticated, highly responsive and dynamic physiology,” which includes information processes such as “biological quantum computing” and “cellular light memory” which could be described as forms of plant intelligence. Titled, “Secret life of plants: from memory to intelligence,” the study highlights one particular “super power” of plants indicative of their success as intelligent beings:

“There are living trees that germinated long before Jesus Christ was born. What sort of life wisdom evolved in plants to make it possible to survive and propagate for so long a time in the same place they germinated?”

According to the researchers, “plants actually work as a biological quantum computing device that is capable to process quantum information encrypted in light intensity and in its energy.” This information processing includes a mechanism for processing memorized information. For example:

“plants can store and use information from the spectral composition of light for several days or more to anticipate changes that might appear in the near future in the environment, for example, for anticipation of pathogen attack.”

According to the study, “plants can actually think and remember.”

Moreover, plant not only possess a mechanism for information gathering and processing, but appear to exercise agency or “choice” vis-à-vis different scenarios:

different group of chloroplasts and cells in the same leaf under identical constant and stable light, temperature and relative humidity condition have different opinion “what to do” in such conditions and tests different scenarios of possible future development.”

The study also offers an explanation for why plants absorb more light energy than is needed for photosynthesis alone:

Another possible answer to the above question is a light training of young naïve leaves. Let’s imagine when young leaf or flower is emerging out of a plant, it would be nice for that leaf or flower to know about the conditions in which it is going to emerge. Older, more experienced leaves that actually are acclimated to outside conditions can train naïve emerging young leaves with the PEPS [photoelectrophysiological signaling ]and cellular light memory mechanisms. This explains why plants possess a natural capacity to absorb more light energy than that required for photosynthetic CO2 assimilation. They need this absorbed energy in excess for optimization and training of light acclimatory and immune defenses.”

The authors leave us with the provocative conclusion:

Our results suggest that plants are intelligent organisms capable of performing a sort of thinking process (understood as at the same time and non-stress conditions capable of performing several different scenarios of possible future definitive responses), and capable of memorizing this training.17 Indeed leaves in the dark are able to not only “see” the light,8,34 but also are able to differently remember its spectral composition and use this memorized information to increase their Darwinian fitness.”

Why is this discovery important?

There are many reasons why recognizing the sentience and intelligence of plants may have positive implications for the future of humanity. For one, it helps us all to transcend the dominant worldview that non-human life forms are best defined in strictly mechanistic terms, and that attributing a “life essence” or consciousness to them is a form of magical thinking. French philosopher Maurice Merleau-Pointy called this world view the “Great Object,” namely, that everything in the universe is compromised of material objects externally related to one another, and with consciousness merely an ephemeral subjectivity found only in humans. 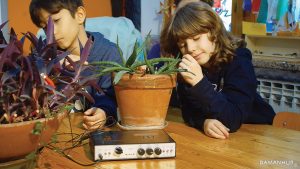 To the contrary, if we open ourselves to the possibility that we are all participants in an interconnected web of life, as many indigenous peoples believed and actually experienced things to be, destroying the natural world simply to serve the essentially suicidal infinite economic growth model will be identified for the insanity that it is. If we recognize, as biologist James Lovelock proposed, the Earth as a whole should be looked upon more like a self-regulating organism (Gaia hypothesis), or as mycologist Paul Stamet envisions, that there is a fungi-based internet within the ground connecting all living things on the planet in an information-sharing network, we will be less likely to both perceive and to treat the natural world as “other” to be dominated. We’ve also been reporting on the role of exosomes as cross-kingdom messengers, which provides a plausible mechanism for how all of the Earth’s inhabitants — plant, fungal, bacteria, animal, etc. — are linked together in an open access, information sharing network.

Recognizing that plants, for instance, have consciousness, or that their simple presence in our environment has healing effects, reintroduces an element of wonder and mystery back into the experience of the natural world. A perfect example of this can be found in the singing plants of the sacred forest of Damanhur. Damanhurian researchers in the mid-70’s reported using custom equipment to capture electromagnetic changes on the surface of leaves and roots and transforming them into audible signals. The researchers also observed that the plants learned to control their electrical responses, indicating they had some rudimentary awareness of the music they were creating. To learn more visit the Damanhur project website, and watch the video below.