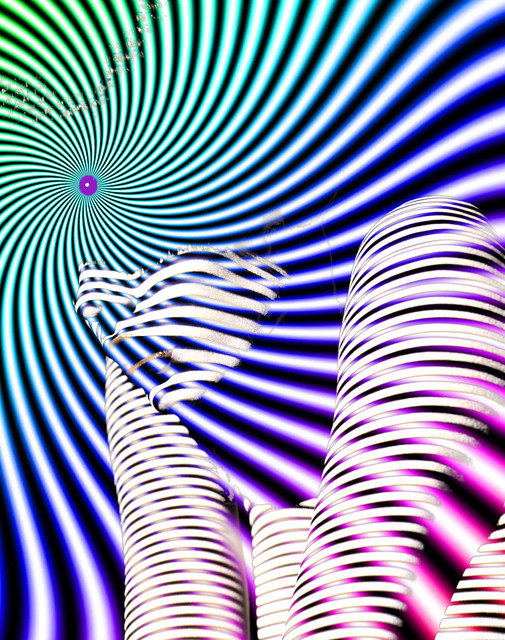 The Earth is a vibrating aggregation of fields in resonance with each other and the universe. The fields are bound to the planet, be they the material globe itself or energic – the ionosphere, magnetosphere, etc.

The volumes and pressures within these limits define the internal structures of the fields by resonance.

The surface of the globe can be viewed in cross section as the circumference of a circle, a self-bound string resonating in harmony with the energy field which surrounds it – primarily that of the Sun. The length of the circumference defines the rate (frequency) of resonance, or oscillation. The field in which it resonance determines the power (amplitude) of the resonance.

The self-tuning string sounds and resounds in a specific note. Other ‘strings’ vibrating in harmonic resonance with this note can achieve a ‘free’, ‘permanent’ vibration – an ongoing note.

Many ‘free energy’ devices are in fact tapping such a vibrational resonance
(Newton was right; his Third Lore is not impinged upon).

The Earth-ionosphere cavity (the volume between the globe’s surface and the electrical sheath which binds the atmosphere with surface tension in a self-bounding meniscus) is a resonating chamber, resounding to this beat. If you erect a transmitter on the surface of the globe and pump an electrical signal into the Earth (using a concentric circular array of grounded antennae) about 7.83 times a second, the signal will travel around the globe to the antipodes, reverse phase and return in time for its own return signal. The signal strength fed in will be increased in amplitude by the nature and volume of the globe itself, feeding back power which grows exponentially until a concentric series of harmonically spaced standing waves appear around the transmitter, ready to be tapped as ‘free energy’ from the Earth itself.

The spacing occurs at regular degree intervals or harmonic fractions thereof (see Tesla). This is one reason we divided the globe into 360 degrees originally.

Singing in a bathtub or tiled cavity erects standing waves whose peaks coincide with the parameters of the cavity – when you sing the right note. The placement of your head (the transceiver) alters both output effect and input volume. The placement of your transmitter and receivers is similarly critical, depending on factors including the nature of rock substrate and available local potential.

This varies markedly across the Earth’s land surfaces.

There are more benign ways to tap the Earth resonance of the solar potential than pumping electricity into the Mother. The principles behind crystal radio can be used to create a ‘self-powering’ system using materials and structures which inherently vibrate in harmony with Gaia, using no external electrical input to carry energic signals of communication or power.

One easy way is to erect large structures of stone, for instance, with shaped resonant cavities inside them. If these are placed correctly on the globe they will resonate with one another, carrying audible (and other) signals to each other using the 7.83 hertz hum as a carrier.

The maximum available solar potential occurs around the tropics. An equatorial girdle of pyramids placed at 90 and 120 degree intervals could be made to act as transmitters for surrounding receivers or transceivers – concentric arrays in arcs placed at harmonic intervals (until the Earth tilted).

Corballed chambers within them would help to focus the signal into a large bath-like cavity where they could be picked up and transmitted as audible speech or other signals. The amplitude would be attenuated by the structure so that the carrier frequency could deliver audible frequencies. Portable transceivers would also be feasible.

The potential currently available at the Great Pyramid of Giza – now 30 degrees north of the equator – is still 500 volts per vertical metre – your hair stands on end at its summit. This is roughly the centre of the world’s landmass – its antipode is is in the Pacific Ocean (about one third of Earth’s surface). If you tilt the globe so that Giza, Bimini, the known Chinese and Pacific pyramidal structures are all in a great circle around the tropics an interesting array appears, particularly when viewed from the perspective of the poles. A global crystal radio set, among other things.

The pre-existing potential at these sites can be fine-tuned by erecting antennae atop the pyramids. These can be further tuned using resonantly shaped crystals. Coils and wiring are not required to establish resonance; just correctly shaped ‘capstone’ structures.

The original old world central structure was likely to have been at Giza; the other pyramid civilizations occur at 90, 120 and 180 degree arcs strung around the globe from this centre at the point of greatest potential solar charge. Then the Earth tilted (see Velikovski & Free Energy).

Thanks to T.B. Pawlicki

For further enlightenment enter a word or phrase into the search box @  New Illuminati:

@  http://nexusilluminati.blogspot.com (or click on any tag at the bottom of the page)