Russians Take To The Streets In Protest & Chant “No To War” 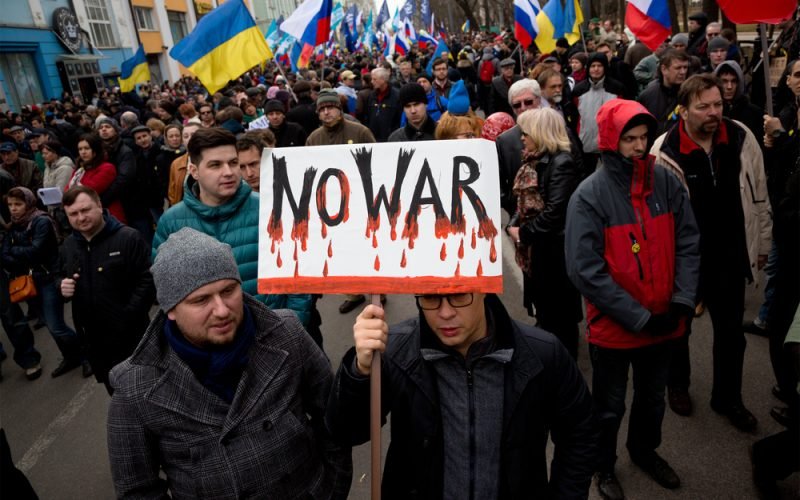 Russians Take To The Streets In Protest & Chant “No To War”

Multiple videos are appearing all over social media of Russian citizens protesting against what’s happening in Ukraine.

Below is a video that’s been posted by multiple social media accounts. Unfortunately we cannot track down the original source. It appears to be from protests against the invasion from St. Petersburg last week.

Help Support Our FOI Efforts: We are holding the Canadian government accountable by submitting Freedom of Information requests demanding transparency on COVID policy decisions as we know science is not on the side of policy. Help us fund these efforts by donating today. Click here to Donate.

This is wonderful to see, and represents what most citizens on planet earth desire, peace.

These days you’ll be hard pressed to find a government that represents the will of their people, which is why so many of them rely heavily on disseminating propaganda. We see this in multiple countries, most recently in Canada where state funded legacy media and the Canadian government falsely labelled the freedom convoy as a dangerous, extremist and racist demonstration when in reality, it was the complete opposite.

When it comes to the situation in Ukraine, a case can be made on both sides of the coin. I recently published an article diving deep into all of the perspectives regarding what’s happening, including those that legacy media fails to share. I also recently published an article expressing how, regardless of one’s position, throughout history the political elite have always continued their politics through war and division, and it’s the innocent people on the ground who continue to suffer.

Some of this suffering and violence is heavily covered by mainstream media, along with a specific narrative of what’s happening. Other events, like the US-Saudi war in Yemen that’s already killed nearly half a million people and displaced millions of people continue to be completely ignored. Why?

Below is a great example of perception manipulation via MintPress News.

It’s hard to make sense of. But one thing that’s easy to make sense of is no matter where you are from, nobody wants war, nobody desires it and the majority of people, in my opinion, believe there is never a reasonable justification for it, except for government. It’s almost as if, in may cases, they create the justification and conditions for it to sustain itself. At the end of the day, the Russian Government and the Ukrainian government in many ways do not represent the will of their people, and the military industrial complex, along with politicians, always seem to profit.

All governments have a history of persecuting citizens who expose war crimes. Why? Just look at what’s been happening with Julian Assange.

This is why videos have been surfacing condemning Russia’s decision to invade Ukraine. Again, some may say that the Ukrainian government is committing war crimes on their citizens in the eastern regions, or that their decision to join NATO and set up missile systems on the border of Russia for no reason is provoking Russia, but is there really ever any justified reason for modern day warfare?

Some may say that Russia is a dictatorship that’s interested in taking over more land and resources. It’s almost as if these governments want war and thrive off of it in various ways, all parties involved, while each country utilizes massive amounts of propaganda to influence the perception of the citizenry.

Again, if you want a well rounded perspective of why people are separated on their opinion regarding what’s happening in Ukraine, you can read an article that presents all perspectives, here. The point of this particular article is to question if it really matters. People all over the world are tired of a planet plagued with war and watching their governments engage in immoral and unethical actions.