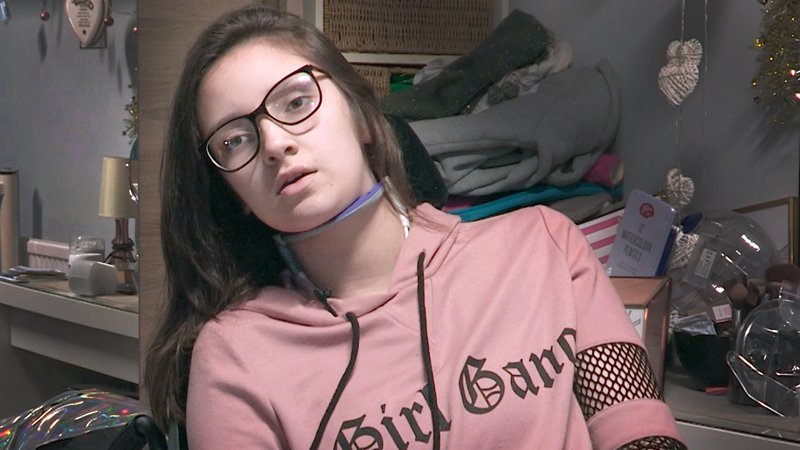 “The Human Papilloma Vaccine (HPV) is a treatment in widespread use but its efficacy in preventing cancer is medically unproven, while unintended, adverse reactions are blighting and even ending the lives of girls and young women across the world. However, pharmaceutical manufacturers and many health authorities are refusing to acknowledge there is a problem and the medical community is continuing to offer the vaccine. Sacrificial Virgins – so named because the vaccine is often given to girls before they become sexually active – exposes increasing evidence of serious neurological damage following the HPV injections. It calls for the vaccine to be withdrawn in the hope that this will help to halt another global tragedy.” (Homepage for the film)

When it comes to the Gardasil vaccine, there are a number of reasons why it makes absolutely no sense to recommend it, or take it.  There are a long list of reasons to back this up, and it’s a head scratcher as to why this information is usually ignored and censored by the mainstream.

It’s no secret that vaccines are not completely safe for everyone, it’s clearly not a ‘one size fits all’ product, and that’s evident by the fact that nearly $4 billion has been paid out to families of vaccine injured children via the National Childhood Vaccine Injury Act (NCVIA). As astronomical as the monetary awards are, they’re even more alarming considering that only an estimated 1% of vaccine injuries are even reported to the Vaccine Adverse Events Reporting System (VAERS).

“I would never give my daughter, or my son the shot… This is a massive PR event by the company that makes Gardasil, and the same is the truth for the company that makes Cervarix… I think one needs to do a lot of research, and I think parents are in the best position to do that.” – Dr. Christopher Shaw – University of British Columbia

I you want to verify the quote from shaw above, and what he is saying, you cancontact him and ask him about the vaccine.

Like I’ve said, we’ve published a number of articles that dive deep into the HPV vaccine and why it doesn’t really make sense to take it. If you’re curious and want to learn more beyond what’s presented in the documentary, you can refer to some of the article below:

Robert F. Kennedy Jr Explains Dangers of the HPV Vaccine & How It Could Give You Cancer

A Strong Association Has Been Found Between The HPV Vaccine & Infertility

Concerning Contaminants Have Been Discovered In The Gardasil 9 Vaccine

25 Reasons To Avoid The Gardasil Vaccine

Vaccine ingredients are a big issue, especially aluminum. A number of scientists have started to recognize this and are thankfully taking matters into their own hands. One of the best examples is Dr. Christopher Exley, a Professor in Bioinorganic Chemistry at Keele University who’s considered by many to be the world’s leading expert in aluminum toxicology.

One ingredient that hasn’t gone through appropriate safety testing is the aluminum adjuvant that’s used in vaccines.

A study published in 2011 makes the issue quite clear:

Aluminum is an experimentally demonstrated neurotoxin and the most commonly used vaccine adjuvant. Despite almost 90 years of widespread use of aluminum adjuvants, medical science’s understanding about their mechanisms of action is still remarkably poor. There is also a concerning scarcity of data on toxicology and pharmacokinetics of these compounds. In spite of this, the notion that aluminum in vaccines is safe appears to be widely accepted. Experimental research, however, clearly shows that aluminum adjuvants have a potential to induce serious immunological disorders in humans. (source)

The key takeaway here is that “medical science’s understanding about their mechanisms of action is still remarkably poor.”

After this study, more research came out to help us better understand what happens when aluminum is injected into the body. It has been found that injected aluminum does not exit the body; in fact, it stays in the body and travels to various organs in the brain, where it remains. This isn’t surprising since it’s the adjuvant, it’s designed to stay there or else the vaccine doesn’t work.

As the groundbreaking study in 2015 emphasized:

Evidence that aluminum-coated particles phagocytozed in the injected muscle and its draining lymph nodes can disseminate within phagocytes throughout the body and slowly accumulate in the brain further suggests that alum safety should be evaluated in the long term.

Furthermore, in 2018, a paper published in the Journal of Inorganic Biochemistry found that almost 100 percent of the intramuscularly injected aluminum in mice as vaccine adjuvants was absorbed into the systemic circulation and traveled to different sites in the body such as the brain, the joints, and the spleen, where it accumulated and was retained for years post-vaccination. (source)

Exley has been interviewed multiple times about this subject, and all of these studies and his research point to the same findings: Aluminum in vaccines does not exit the body, and it has been linked to multiple diseases, which can develop immediately post-injection or up to decades later in life for certain neurological diseases such as Alzheimer’s.

A study by Exley and his team published in 2018 should have made headlines everywhere, as it discovered historically high amounts of aluminum in autistic brains. The study was conducted by some of the world’s leading scientists in the field.

Other studies by multiple scientists in this field have shown massive damage to motor neurons in the brain of mice and sheep as a result of the aluminum when injected, as well as behavioural abnormalities in mice and sheep along with cognitive decline.(source)

In the interview below, Exley answers a lot of questions, but the part that caught my attention was:

We have looked at what happens to the aluminum adjuvant when it’s injected and we have shown that certain types of cells come to the injection site and take up the aluminum inside them. You know, these same cells we also see in the brain tissue in autism. So, for the first time we have a link that honestly I had never expected to find between aluminum as an adjuvant in vaccines and that same aluminum potentially could be carried by those same cells across the blood brain barrier into the brain tissue where it could deposit the aluminum and produce a disease, Encephalopathy (brain damage), it could produce the more severe and disabling form of autism. This is a really shocking finding for us.

The interview is quite informative with regards to aluminum toxicology in general, but if you’re interested in the quote above, you can fast forward to the twelve minutes and thirty seconds mark.

It’s okay to question vaccine safety. Despite all of the manipulation by mainstream media and the big entities using mass marketing to ridicule anybody who questions the safety of vaccines, it’s something important we must all do. It’s okay not to trust your doctor when it comes to information on vaccines. Why? Because they aren’t really knowledgable. Sure, they can explain how a vaccine works, but as far as research and furthering their education, it’s rare to find a doctor who has gone beyond their education and really looked into these subjects. They are trained to believe that vaccines are unquestionably safe, and if they openly question vaccine safety they are in danger of losing their licence. How crazy is that?

The example above with regards to aluminum is one of many concerns that are being ignored. If aluminum in vaccines, for example, is safe, then why don’t our federal health regulatory agencies simply conduct the studies to prove it?