SARS-CoV-2: The Stitched Together, Frankenstein Virus 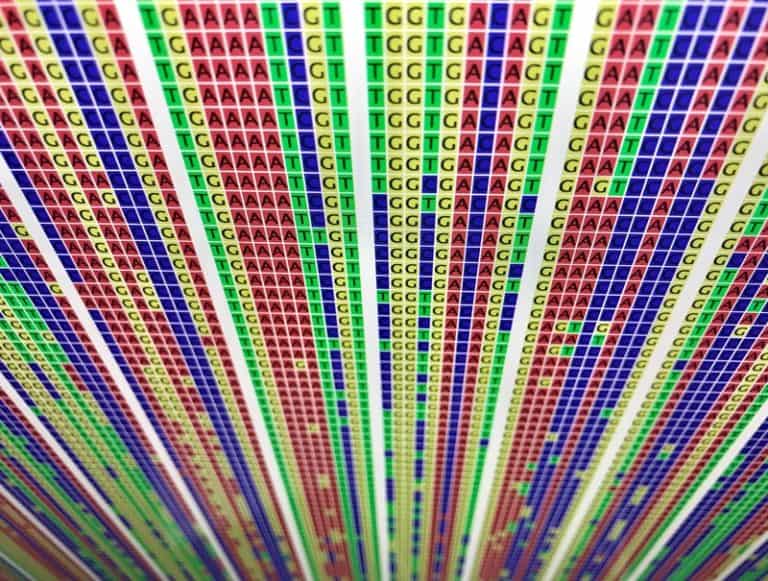 SARS-CoV-2: The Stitched Together, Frankenstein Virus

SARS-CoV-2 is a stitched together entity

that so far appears to exist only in theoretical viral databases rather than in real life. The deeper one goes down the COVID rabbit hole, the more bizarre and surreal the scamdemic becomes, and the more obvious it becomes that the New World Order (NWO) conspirators have conjured up a giant magic trick out of nothing. Well, perhaps not nothing; it would be more accurate to say they are demonizing humanity itself and turning every person into ‘the enemy’, as I alluded to in an earlier article The Eerie Similarities Between the Coronavirus and Climate Change Hoaxes. In that piece I talked about how the NWO is following the Club Of Rome directive to make mankind itself the enemy, and in the case of corona, they are doing that by re-diagnosing and re-classifying part of our immune system as a pathogen (see the article Deep Down the Virus Rabbit Hole – Question Everything for the background on exosomes). It is accurate to say that the dreaded SARS-CoV-2 is, in fact, a stitched-together Frankenstein virus containing sequences of human DNA.

With SARS-CoV-2 never isolated, it’s a theoretical virus existing only in a database. There are many COVID scams operating simultaneously.

Dr. Andrew Kaufman has done a tremendous job and fantastic public service ever since the beginning ot the coronavirus scamdemic by stepping out and speaking out loudly against the insanity. I have listened to many of his interviews, however this one with Max Igan (The Crowhouse) stands out, because Kaufman breaks down how the testing works in a way I have not heard anyone else do. He actually reveals how the sequences, and indeed entire SARS-CoV-2 viral genome (the standard against which they are testing people), is itself just a stitched-together construct made of up of all sorts of different sequences – including human DNA sequences! This is yet another reason why it is unsurprising that there are so many positive test results, since they are testing people’s DNA and matching the results against a standard which already includes human DNA. There is a false positive pandemic, not a viral pandemic. Here are Kaufman’s words verbatim:

“The PCR test … doesn’t for a virus at all. What that tests for is a sequence of RNA, which is genetic material. And the way they obtain that, is also they take the impure sample, basically like the lung fluid in this case from some people who are sick, or possibly a throat swab, and they amplify short little sequences, and sequences that they are specifically looking for mostly because they have this library of gene sequences of viruses. But the thing is if you go back, they’ve always characterized them this way. So they’ve never once had an intact virus particle, and then sliced it open, and taken the RNA out, and done a sequence from end to end. That’s never been done. What they do instead is they take this impure sample, and they look for specific sequences that they’ve pre-identified as being viral in nature, from this database. And then what they’re doing is amplifying these short little sequences, maybe 150-250 base pairs, and they’re splicing them together into this one long strand of 30,000, which they say is the viral genome, but it’s actually just this Frankenstein type of assembly of all these little pieces, that we don’t even have any proof [are] related. They could even come from different types of cells or different creatures. And when there’s gaps, they’re basically using sequences that they get from that database of other viruses that are also put together in this Frankenstein-type way, and they sew all those together and say that this is the genome sequence of this virus. And that’s the procedure. They’re testing for something from that but we don’t really know what it is, except it’s most likely our own sequences. So that’s why there’s so many positive results, because they are essentially testing our own genetic sequences.”

“This is crazy. This is not unlike Tim [he actually means Neil – Ed.] Ferguson with his computer models from Imperial College. You get the data out of the model that you put into the model, and with what you’re describing there, they’re getting the test results based on what they’re putting it, the material they’re putting in there. This is crazy! How could you even see this as any type of test [unintelligible] … It doesn’t make sense at all. This is what they [based] the entire world lockdown on … This is unbelievable when you explain it like that!”

The Emperor Has No SARS-CoV-2 Clothes

When it comes to computers and programming, you get out what you put in. There’s no such thing as a neutral algorithm or piece of code, because it reflects the creators’ preferences and purposes. Despite the promises of the transhumanists, computers lack a soul and consciousness, so their advice can only ever be as good as the data and programming that created them. NWO frontman Bill Gates funded places like the Imperial College and Institute for Health Metrics and Evaluation (IHME), so they are naturally going to produce results favorable to the NWO agenda. Likewise, the PCR tests are based on taking a DNA sample and matching it to a gold standard of what the virus already is, however due to the fact SARS-CoV-2 fails Koch’s postulates and has never been isolated and purified, there is no true gold standard (an actual virus) but instead a surrogate gold standard (an abstract digitally created database virus).

COVID Positives are Not Cases; Asymptomatic People are Not Sick!

Operation Coronavirus is a tightly woven, interconnected web of scams, much like a set of Russian dolls, where the outer layer contains a series of successive inner layers until you get to the core. Another aspect of the scam which has been well exposed by doctors such as Dr. Lee Merritt and Dr. Tim O’Shea is the deliberate fusing of the terms ‘positive’, ‘infection’ and ‘case’. According to Merritt, since ancient times, a case referred to someone who was demonstrably sick. An ill person. Medically speaking, it never, ever referred to someone who was asymptomatic or who had no symptoms of illness. However in the COVID scamdemic, the term has been hijacked and re-defined to include anyone who tests positive with the highly flawed COVID PCR test. As Merritt emphatically states, “That is not epidemiology. That’s fraud.”

Dr. Tim O’Shea reveals that fully 99% of COVID positives never get sick. Even of those who do, only 1% of them requires any treatment whatsoever. We have known this for a long time, especially since Iceland tested 1% of its population months ago, and found of those who were positive, about half had very mild symptoms, and the other half had no symptoms whatsoever. Of course they didn’t – they tested positive in a test that used human DNA sequences (and God knows what else) as part of its benchmark standard for a supposed new virus!

SARS-CoV-2: The Hoax of Asymptomatic Transmission

Maria Van Kerkhove, head of the WHO Emerging Diseases and Zoonosis unit, confessed months ago (before the backtrack) that asymptomatic transmission of COVID was “very rare.” Other official sources have admitted that asymptomatic spread is not the major driver of coronavirus infection, e.g. when Fauci admitted that “asymptomatic transmission has never been the driver of outbreaks” and that “an epidemic is not driven by asymptomatic carriers.” Remember, this is at its heart a psychological operation. The NWO controllers orchestrating this plandemic are trying to erode your self-trust, self-confidence and self-knowledge. They are attempting to trick you into thinking that you can’t possibly know if you are healthy; you can’t feel your own body and the fact you have no pains, aches or symptoms. You could still be contagious! You have to rely on something outside of yourself (COVID PCR tests, antibody tests, drugs, vaccines), whether it’s Big Pharma or Big Government, for your health and safety. This, like all the other NWO agendas, is a battle of perception and a form of mind control.

The takeaway from this is that the NWO controllers orchestrating Operation Coronavirus have taken a normal part of our immune system and classified it as a virus or pathogen. Then, they are appointing their minions to go around and test everyone, knowing the tests are testing for sequences of human DNA itself, rendering them meaningless and leading to a barrage of false positives. Consequently, people are being stripped of freedom and their rights based on faulty tests and fraudulent re-definition of medical terms like cases – when they are not even sick, and even if they were, when the governmental has absolutely no right to violate them in this way. Ultimately, there is still no proof that SARS-CoV-2 is a real world virus, not just some Frankenstein  theoretical virus existing only in a database.

Makia Freeman is the editor of alternative media / independent news site The Freedom Articles, author of the book Cancer: The Lies, the Truth and the Solutionsand senior researcher at ToolsForFreedom.com. Makia is on Steemit and Parler.

Receive cutting-edge, non-partisan, insightful commentary & analysis – true Alternative Media and Independent News. It’s your antidote to the MSM! Sign up to get The Freedom Articles in your inbox.