Science and the Sun’s Importance for Longevity 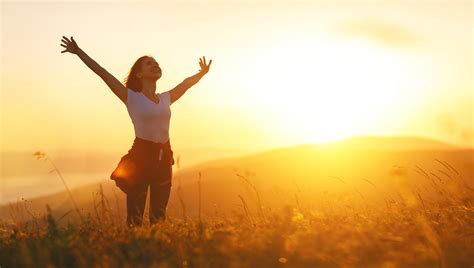 Japanese people all have uncoupled haplotypes. Note that this man has lived 29 years in an environment where he became more coupled in his mitochondria.* Note how his skin and his mood and dopamine levels reflect the change.* Now I am going to teach you an extraordinary lesson about how this happens. Coupled haplotypes evolved inside the tropics and they tend to have lower basal metabolic rates and they tend to live longest. Mathematics scaling laws link longevity to the basal metabolic rate for these reasons.

It also implies that we can take uncoupled haplotypes in humans and change the topology in their blood to alter their ability to uncouple just by chronically altering the incident EMF that cell sense. This means humans have the ability to perform phototaxis within the blood plasma at their skin surfaces under the power of sunlight. This effect would be blocked by clothing on the skin and sunglasses on the eyes. Clothing and sunglasses effectively reduce oxygen levels in the blood to lower metabolism and favor the use of glycolysis and the PPP over the TCA and urea cycle. This topological chain of events on the skin would ultimately lead to free radical signaling change within the matrix of the mitochondria. This alters how a cell operates using electrons and protons. It could affect electrons in proteins to cause size and shape changes of these proteins that would ultimately change the thermodynamic possibilities of mitochondria. This mechanism is how human mitochondrial haplotype change occurs as the incident light of the sun varies day-to-day and season-to-season as the power density of the sun varies. It also means we can take loosely coupled Northern European mitochondrial haplotypes and make them more tightly coupled when we put them in the tropic of Cancer and Capricorn on a chronic basis. Mayer was the first person in history to link incident light signals to levels of oxygenation in the blood. His observation made perfect sense since the Northern European bodies of sailors in the tropics needed to produce less heat in the hot tropical sun than the cold north to stay alive. Mayer also knew that Lavoisier had shown in an experiment that men doing hard labor respired more and got ill fastest and died sooner. 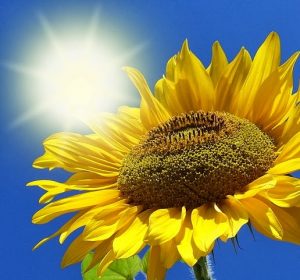 Interestingly, Lavoisier could not explain the effect that made him famous. Mayer proposed that the fuel, heat, and work done were interconvertible. That is, it was possible to convert one form of energy into other forms in some unknown way. In this way, Mayer proposed that work done by men could be produced from heat, just as a steam engine did at this time. Moreover, this heat, in turn, could be produced by respiration from the burning of food. More work done, required more heat and more respiration, as Lavoisier and Seguin found in experiments in France. Mayer wrote up this observation and his paper was rejected. He then resent the paper to famous German chemists named Liebig in 1842, who published his paper. Liebig then stole Mayer’s ideas and published a related theory of his own. Since Liebig was more well known and had the power of authority behind his name, Mayer is now but a footnote in the history of thermodynamics. Mayer even went after Joule over the idea of the “conservation of energy by systems”, once he left the tropics. This was prior to the establishment of the first law of thermodynamics, mind you!

Mayer and Joule really were the people who did the experimental work to prove the first law. This was not wise for Mayer’s career however. Mayer’s ideas of conservation of forces were not sufficiently general and quantitative to convince most scientists of the day that he was right. He also was not well credentialed, and so this is why no one realizes how important his work was to physics or to mitochondrial biology. These very same effects are present today. I had to make a choice 15 years ago to be popular in science or correct for patients by putting these ideas online. It was not an easy choice. Helmholtz did have the cache and hence gets most of the credit for firmly establishing the first and second laws of thermodynamics. 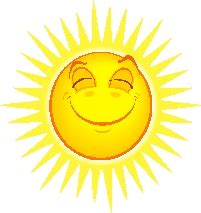 Every time you put clothing or sunglasses on you invoke the Yarkovsky effect. By putting clothes on or wearing anything on or in your eyes, you are effectively changing oxygenation within your mitochondrial respiration mechanism that is set by the haplotype you inherited and by altering the incident light your mitochondria sense. You can change it if you substantially change your environment. We can thank Mayer for showing us how that change occurs via our hemoglobin saturation curves for oxygen. His results also give us definitive proof that food is not as important in biology as we all have been lead to believe, but the solar frequencies we assimilate via the eye and skin are. This shows you why clothes and sunglasses are NEVER a wise choice for a Black Swan mitochondriac. (https://forum.jackkruse.com/index.php)

Food provides the hydrogen protons and electrons to move our perpetual motion machines from the mitochondrial matrix on the proximal end of the inner mitochondrial membrane. It is the matrix’s job to strip that proton of its electron. Those electrons are used to generate a large electric field within the mitochondrion to do many things.

Food provides the hydrogen protons and electrons to move our perpetual motion machines from the mitochondrial matrix on the proximal end of the inner mitochondrial membrane. It is the matrix’s job to strip that proton of its electron. Those electrons are used to generate a large electric field within the mitochondrion to do many things. The incident light frequency is the key to changing your coupling ability in your mitochondrion. This is how haplotype modification can be done to improve your life. Most people would think to be alone on an island would lead to depression, but the sun powers our dopamine level to see the beauty and power in nature. This video (below) shows you the effect. He says in the video he is an OPTIMIST. Being one is a function of one’s dopamine level. Nothing optimizes dopamine better than daily solar exposure. We have this man’s 29-year-old experiment to thank for us to go back in history into the 1850 ’s where this science was first developed. This is how black swans operate. Nothing difficult stops us. This Japanese man has my ultimate respect.

Our new story for 2018A Japanese man has survived completely alone as a castaway for the last 29 years.His only wish was to die on his desert island. But sadly the Japanese Authorities forced him to return to civilization last month :(Before that fortunately we got to spend 5 unforgettable days with him to share his fascinating lifeHe has become the voluntary Robinson who has lived the longest time on a desert island.Discover Masafumi Nagasaki: http://nagasaki.docastaway.com/