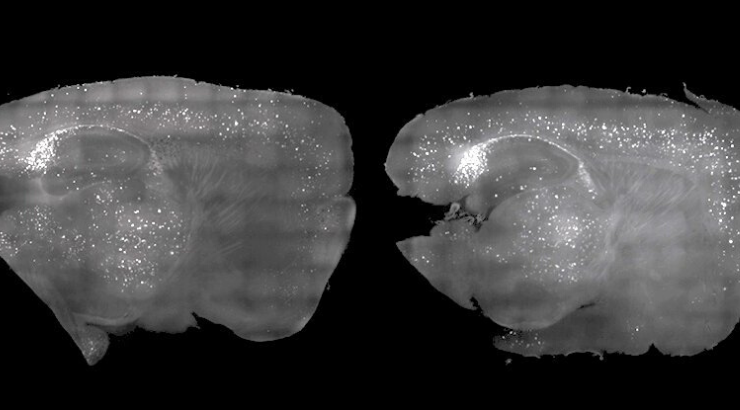 Strobe lights and a low pitched buzz can be used to recreate brain waves lost in the disease.

(TMU) — In previous articles, we discussed the importance of brain waves in modern technological developments. It even seemed like something “magical” to me, when I was writing about how through brain waves and AI scientists can “see” what you are seeing in real-time. Now, even more progress is being made thanks to neuroscientists at MIT.

So far, there is no cure for Alzheimer’s despite rapid growth in the number of people living with the disease. It is estimated that around 44 million people around the world suffer from this condition or a related form of dementia. In the U.S., an estimated 5.5 million people have Alzheimer’s disease. It is also the sixth-leadingcause of death in the U.S, killing even more people than breast and prostate cancer combined.

Even though a few drugs temporarily manage certain cognitive symptoms of the illness, none of them can stop Alzheimer’s progression. Virtually all new treatments have failed in clinical trials. “We really don’t have much to offer people,” says Shannon Macauley, a neuroscientist at Wake Forest School of Medicine.

This new research basically works with imitating the healthy rhythmic patterns—or brain waves—that operate at different frequencies. Gamma brain waves oscillate at roughly 30 to 100 Hz and are associated with higher-order cognitive functions, and they are also known to decrease in the brains of people suffering from Alzheimer’s.

A previous study showed that flashing light 40 times a second into the eyes of mice treated their Alzheimer’s disease. If this was not amazing enough, researchers also added sound of a similar frequency and this dramatically improved the results. In a way, we can be talking of “healing frequencies”… some “alternative” therapies in medicine may not sound so crazy now, huh?

This noninvasive treatment also greatly reduced the number of amyloid plaques found in the brains of these mice. Plaques were cleared in large swaths of the brain, including areas critical for cognitive functions such as learning and memory.

“When we combine visual and auditory stimulation for a week, we see the engagement of the prefrontal cortex and a very dramatic reduction of amyloid,” said Li-Huei Tsai, one of the researchers from MIT’s Picower Institute for Learning and Memory.

Another fact to consider is that the researchers found that if they treated the mice for one week, then waited another week to perform the tests, many of the positive effects had faded, suggesting that the treatment would need to be given continuously to maintain the benefits.

Tsui used a frequency ranging around 40 Hertz, a sound only just high enough for humans to hear, and as a “side effect,” it also helped clear the nearby hippocampus, an important area of the brain associated with memory. After treatment, mice exposed to this “therapy” performed better in a range of cognitive tasks. Findings show an overall neuroprotective effect, even in the later stages of neurodegeneration, the researchers reported.

“Though there are important differences among species, there is reason to be optimistic that these methods can provide useful interventions for humans,” says Nancy Kopell, a professor of mathematics and statistics at Boston University.

While further research is needed and a few numbers to understand, such as 40, the frequency that is creating a profound impact in mice, this is encouraging news to finally have an effective treatment for all stages of Alzheimer’s disease.

Get the latest from The Mind Unleashed in your inbox.