Seeing Through the Smoke by Nowick Gray 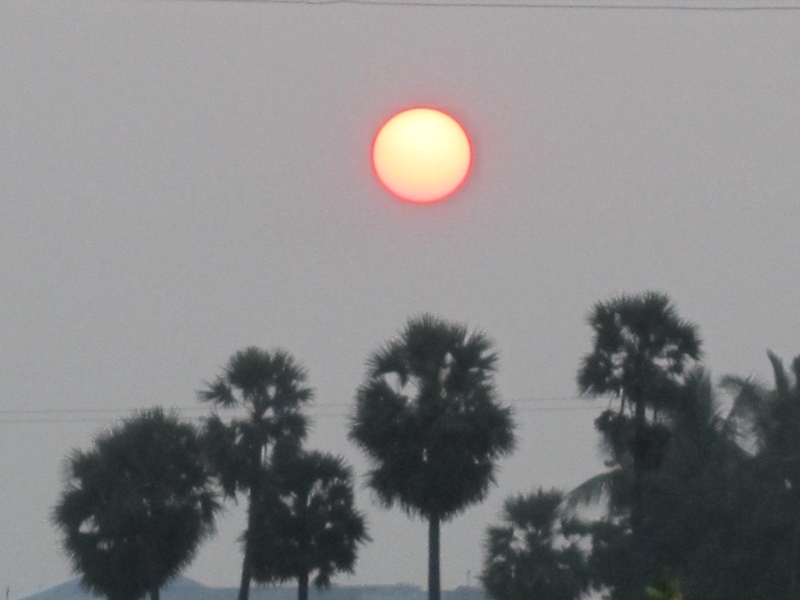 Seeing Through the Smoke

For days now our otherwise sunny September skies have been clouded to invisibility by smoke from West Coast fires. The effect is cocoon-like, favoring staying indoors, close to home. And it reflects the larger issue of pandemic restrictions, amid clouds of fear and conflicting information.

The local newspaper on this small island, the Driftwood, offers a window into the swirling opinions and emotions at play in this global drama. The headline of the September 9 issue blares, “COVID-19 causes café closure.” A closer read reveals a more accurate statement, that it was the café owners, following an employee’s positive test result, who actually “closed the restaurant.” Maybe that’s nitpicking… or maybe it’s an instructive microcosm of the more serious issue of how COVID is framed in our thinking.

If one trusts the New York Timesfor reliable information, its article “Your Coronavirus Test Is Positive. Maybe It Shouldn’t Be” points out the flaws of the PCR test, where 90 percent of positive COVID results were for people who were not contagious so should not “need to isolate or submit to contact tracing.” Is it really the virus that closed the Treehouse Café, or misinformation about testing, or simply policy guidance regardless of facts?

Turning the pages of the Driftwood, we come to the lead editorial, “A Time for Tolerance.” That hint of neutrality is tarnished early on by the use of the telltale slander, “conspiracy theorists,” implying that views contrary to the official narrative are false. Next comes the opinion presented as fact, that our low rate of infection is the result of restrictions in place—neglecting the crucial and widely acknowledged point that 95 percent of such “infections” mean having mild symptoms or none at all.

Finally there is the unsubstantiated claim that less caution “would clearly have a less positive result.” Social and economic shutdown were required, we are told, “to prevent our health-care system from being overwhelmed.” Studies in epidemiology find the reverse is true: “that lockdowns correlated with a greater spread of the virus.” So-called “social distancing” (antisocial in fact) slows the necessary process of herd immunity. A 2019 WHO study found that contact tracing is “not recommended in any circumstances.”

As for the ever-contentious issue of masks? The CDC says: “In our systematic review… we found no significant reduction in influenza transmission with the use of face masks.” Andreas Voss, a Dutch microbiologist with the World Health Organization concludes that masks are being advised “not because of scientific evidence, but because of political pressure and public opinion.” To the Driftwood’s credit, they are not yet advocating we submit to that unscientific (and itself unhealthy) coercion.

But there is that overriding fear: “overwhelmed.” Last I heard, our island hospital had one COVID patient, in six months. Current hospitalizations for the Vancouver Island Health Authority: zero. Are they keeping track of all the missed cancer diagnoses or untreated heart attacks and strokes, due to restrictions of health services and fear of accessing them? Elsewhere figures suggest that such collateral damage from lockdown measures—including a spike in suicides and drug overdoses, and the effect of stress and isolation of the elderly—has outweighed COVID casualties by a factor of ten or more, with the UN predicting 130 million will suffer from disruption of food supplies in the coming months. 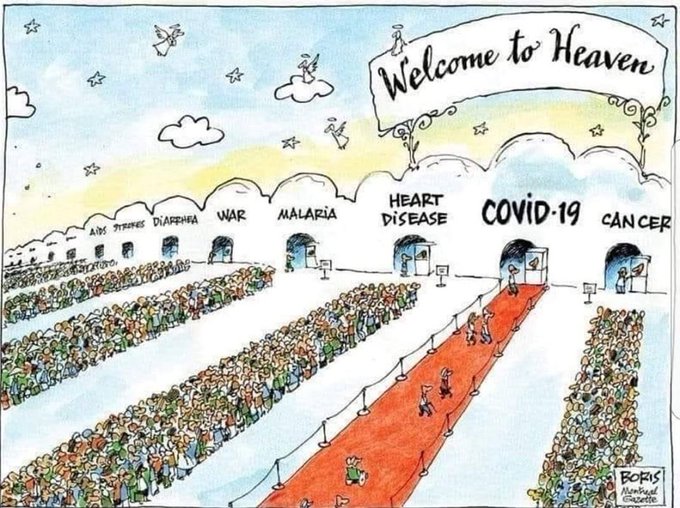 The Driftwood continues its local coverage of the COVID issue with another piece that’s balanced on the surface, yet reveals unfounded bias. Emails from a wide spectrum of readers are sampled in “Businesses face protocol pressure.” The underlying bias emerges when information contrary to the party line is couched in quotes (“research”), then dismissed as misinformation since social media giants, official-leaning scientists, and self-appointed fact-checkers have said so.

Though this last article is purportedly journalistic rather than editorial, we are told again that “the only way [to prevent overwhelm of health resources] is by continuing safety measures,” amid concerns over rising case numbers.

And here we come to the crux of the misunderstanding. While case numbers rise with increased testing, the curve of actual deaths from COVID-19 has flatlined. To support the stance of the Driftwoodstaff and the government and media narrative it supports, a final sidebar is inserted with a summary of “Pandemic Facts.” Let’s see how it withstands some independent fact-checking.

The very word pandemic, the declaration of which triggered the various worldwide emergency powers, relies on the rather ambiguous scope “affecting a large number of people.” By that vague standard the world could be considered to be suffering pandemics from any number of dangers… but normally is not. As for COVID-19, the Driftwood cites WHO figures of 27 million cases and .9 million deaths to date, a mortality rate (deaths/cases) of around 3.4 percent, “compared to under 0.1 percent for the seasonal flu.”

There are serious problems with each of these statistics: deaths, cases, fatality rates, and seasonal flu.

First, the number of deaths is unreliable and misleading. Ontario Public Health admitted to inflating the number of COVID-19 deaths by 50 percent. Consider that 95 percent of COVID deaths in Canada occurred in Ontario and Quebec, mostly in long-term care homes where the vulnerable elderly population were housed in unhealthy conditions. A similar figure posted by England’s NHS shows almost all deaths attributed to COVID had serious comorbidities. (The same figure, 95 percent, also counts the proportion of Canadian COVID deaths in those over 60 years old.) The Government of Canada’s own death figures, just over 9000, are now wisely described as “related to COVID-19”—not necessarily caused by it. Finally, it is helpful to note that COVID-19 was initially classed as a pneumonia, and that “pneumonia appears to be the only accepted means by which COVID can directly kill its host.” Likewise with the seasonal flu, Statistics Canada counts the annual deaths from “Influenza and pneumonia” as a single category. Bottom line, if we compare the BC government’s listed deaths from all causes in the province across recent years, 2020 is a normal year. 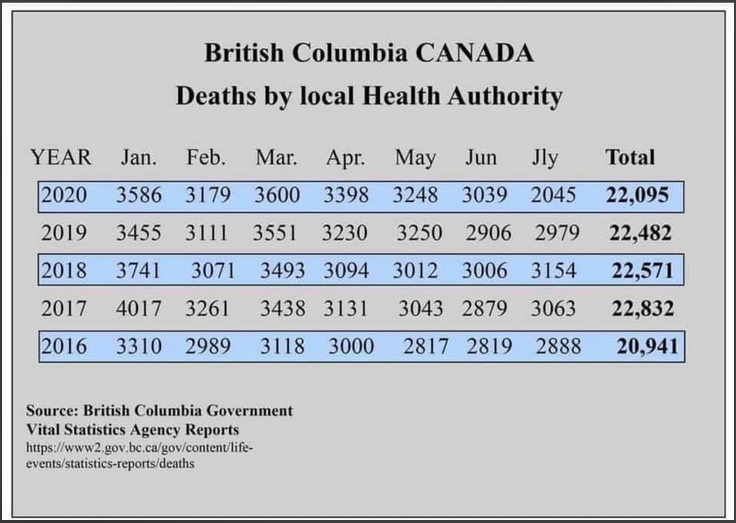 The problem with cases is bad enough when the testing is prone to high rates of false positives and false negatives. The current focus on the “casedemic” is also misleading given the harmless nature of the vast majority of cases. Though the case numbers may be artificially high, the actual infection rates are not measurable but certainly much higher. Why does this matter?

Returning to the mortality figures compared in the Driftwood(3.4% for COVID, 0.1% for flu), they are not fairly comparable because they measure different things. The COVID percentage is measured against confirmed cases, whereas the flu percentage is measured against total estimated infections. If the flu calculation is made like the COVID calculation, against confirmed cases, the percentage rises dramatically. For example, in the US last year the CDC reported 222,000 confirmed cases and 22,000 deaths: 10 percent, dwarfing the comparable COVID rate of 3.4 percent.

In contrast to confirmed cases, the CDC estimated a total of 36 million flu infections; the death rate in that context yields the figure of less than 0.1 percent, to which COVID may reasonably be compared. Updated figures confirm, “According to the latest immunological studies, the overall lethality of Covid-19(IFR) in the general population ranges between 0.1% and 0.5% in most countries, which is comparable to the medium influenza pandemics of 1957 and 1968.”

The above critique is not meant to target the Driftwood, which admirably has made an effort to include diverse voices in our small community. Rather its sometimes subtle bias is to be expected in a media climate that is obscured by the clouds of obfuscation and misdirection coming from big government, big media, big business, and big pharma. The information landscape is under a full-spectrum assault from these entrenched interests, and it is up to a free-thinking citizenry to question, challenge, and set the record straight, especially when our livelihoods and lifestyles are in the line of fire. 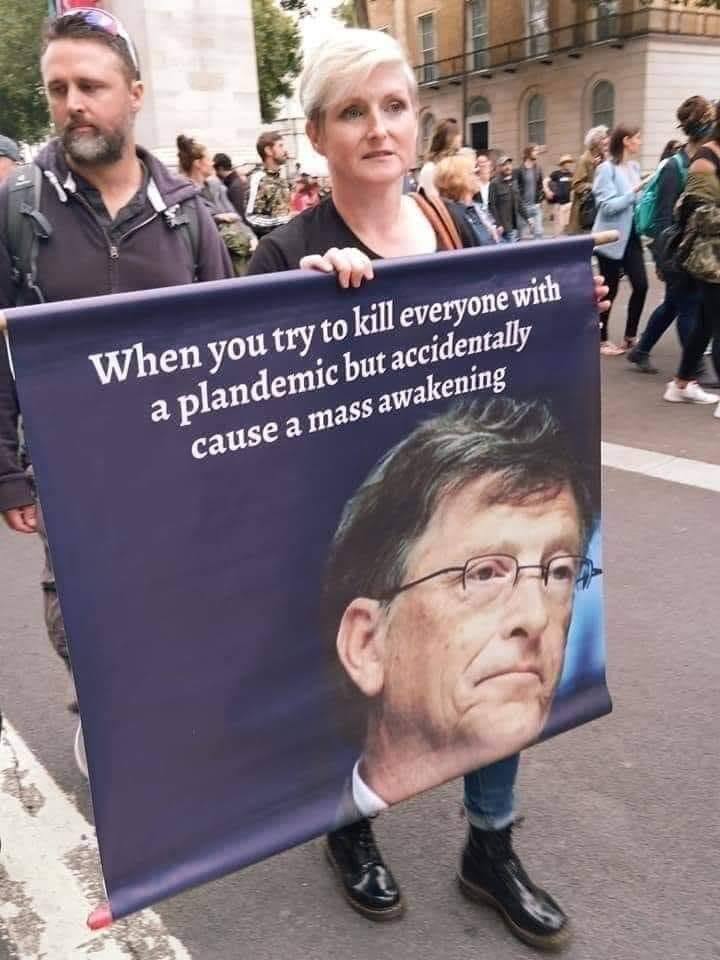