Self ownership: true or false? 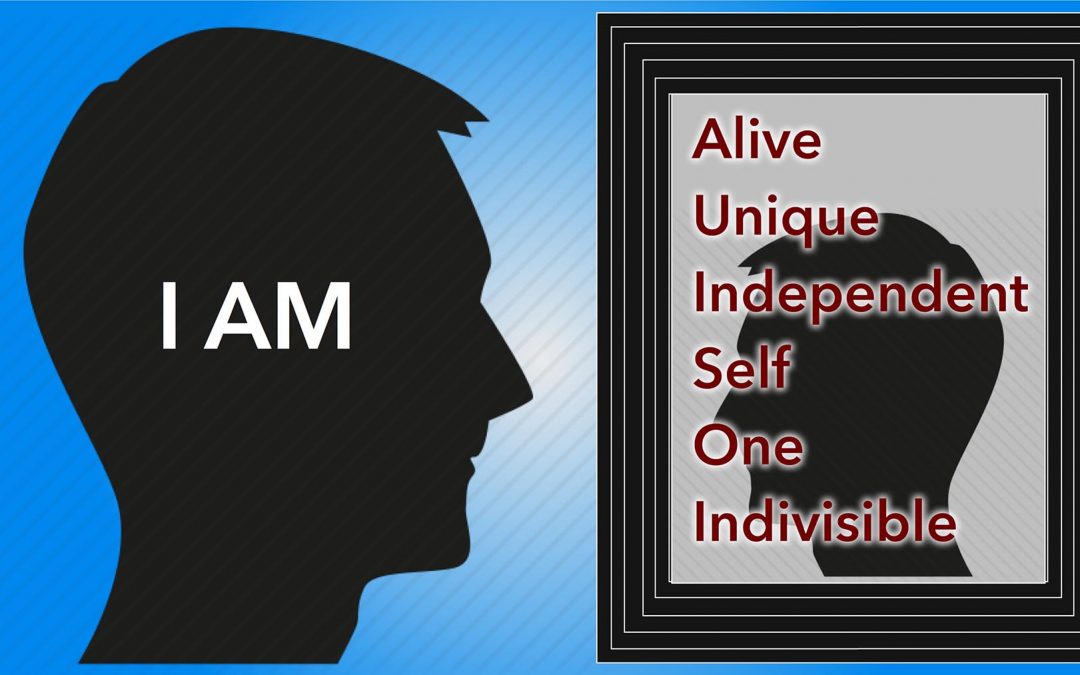 Self ownership: true or false?

The notion of self ownership gains more traction in our minds as the battle for human independence versus authoritarian statism intensifies. Countless advocates of individual sovereignty prize the concept of self ownership very highly. Many authors have championed the idea that self ownership aught to be self evident and that we aught to take it for granted. Here, I want to challenge that premise. I want to offer a different viewpoint for your earnest consideration, and by so doing, hopefully, awaken your mind to an alternative way of thinking about self, identity, rights and autonomy.

One vital question is in order

Let me begin with a recent article from Jeffrey A. Tucker entitled “What Self-Ownership Means and Why It Matters.”

I’ve been thinking about this idea of self-ownership, a concept almost universally assumed to be a foundation for human rights and the civilized life. At the same [time?], this idea is constantly threatened by political ideologies that presume it not to be true. — Jeffrey A. Tucker

My question is this. Do political ideologues presume self-ownership not to be true because they see it as a threat to statism, or because our ignorance of the real issue serves statism better than any reason the state could invent? Is self ownership truly a foundation for our rights, or, should (properly understood) rights cancel the idea that human beings can be owned at all, by anyone?

The concept of ownership

Tucker presents a cogent argument in favour of self ownership, at least as commonly understood by many libertarians, no doubt.

I would say that most of us assume self-ownership to be self-evident. As a concept, however, it seems very much tied to the liberal tradition. This is for a reason. It was denied in the ancient world, where one’s birth and social standing were fixed. Only with the birth of modernity and the rise of social mobility in the late Middles Ages did we gain social consciousness of the notion that each of us should be able to choose our life path, that we are owners of our own bodies as much as our minds and hearts. —Jeffrey A. Tucker

Being able to choose one’s own path is the right to act in one’s interest, most especially as it concerns self preservation and advancement of one’s life. Let’s not be confused, however. We all have minds and hearts, which can be separately identified, but can they be annexed from ourselves and owned as separate items?

Is it possible to separately own that which you already are? To argue that we are owners of our bodies is surely to confess that our bodies exist independent of self; that our body is a material entity own-able by someone – anyone.

Ownership implies someone who owns, separate from what is owned. So, can we actually own ourselves, without first divorcing that which is to be owned from ourselves as the owner? By arguing self ownership, do we not aid the principle of divide and conquer? Indeed, are we denying life as unified and complete in itself?

In my mind the principle is very clear. To declare self ownership, is to declare oneself an entity to be owned – by someone. All that remains is to decide who owns who. Authoritarians immediately declare that your choice in the matter has been legally overruled. They rule that all manner of things must be ‘registered,’ your house and car for example, which is the legal transfer of ownership to government. This includes the lives of all of us via ‘citizenship’ and birth certificates. Our right to life is made subject to, and subservient to the will of the United Nations. For evidence see article 29.3 of the Universal Declaration of Human rights. UDHR (1948).

Have we been misled?

For that (existent) circumstance, self ownership appears the most logical counter. But is it? Have we become so besotted by items, material goods, products, commodities, things, profits and material property, as to think that life wholly consists of material acquisition, possession and ownership? If so, we have lost sight of the fact that life is spiritual fulfillment in truth, whereby the whole of physicality and materialism are nothing but tools to that end.

John Locke’s Second Treatise on Government makes an elaborate argument concerning private property, and you can agree or disagree with his analysis here. What matters is that this argument begins with a statement he finds self-evident. “Every man has a property in his own person: this nobody has any right to but himself.” —Jeffrey A. Tucker

‘Length’ is the property of a straight line, but the concept of length cannot be annexed from that line, simply because length defines what the line is. Equally, every constituent and nuance of your life defines what you are. Thus life cannot be separated from that which it already is, which, when arguing for self ownership begs the question, what part of you owns whatever remains?

Do you see the distinction? The real issue is not self ownership, but our individual right to self fulfilment. Tuckers last sentence in the above quote is correct, provided it is understood that the ‘property’ in our own person is an attribute, quality, or characteristic that is inherent, integral, and unalienable. Life defines what we are, which, like the concept of length, cannot be an annexed or materially owned as property; as a material commodity. Necessarily therefore, our right to life is the real issue!

Let me quote from one of my previous posts.

Our fundamental (natural) right is the right to uphold and sustain our life. Since rights belong to each, and we each live as individuals, then rights are individual rights. Because there is no collective lung, heart, brain, or digestive system to be sustained, there is no combined life to be maintained by collective ‘human rights.’

“A natural right in the strict sense is that which is naturally under a person’s control, his body with its faculties of movement, feeling, thought, and speech. By extension, a natural right is what a person brings under his control without violating any other person’s natural rights.” ―Frank van Dun

This does not say a natural right is one’s action, rather it is the right to action. It does not say that one has a natural right to a thing, or some outcome, e.g., to an education or health care. It says a natural right, is (self) control over our faculties, without violating another’s rights. Without individual rights, no freedoms are possible. It follows that actions which preserve others right to life guarantee our own. Then the converse is true also. Actions that violate others rights forfeit our own. Individuals may associate, cooperate, and collaborate, but no associative dealing can negate our free and unalienable right to life. Individual rights must be protected if we are to be free. —Ken Bartle

Time to reconsider self ownership

The notion of self-ownership is bound up with modernity’s understanding of what liberty is all about. The idea of slavery, which for thousands of years was believed to be essential to social order, we now rightly find morally disgusting. No person can presume without consent to possess the right to control the body and choices of another person, thus denying him or her the volition that lies at the core of what makes us human.

And yet we are terrible practitioners of the idea of self-ownership. We have built huge states in almost every country that exist and grow based on denying it. They necessarily must. Any ideology that proposes to support and expand the state implicitly denies it too. That is true whether the ideology is communism, socialism, nationalism, or any other ism that proposes to submerge individual rights to the higher claims of the political community. —Jeffrey A. Tucker

Self ownership is not our protection, I submit. State growth is not the denial of self ownership as Tucker suggests, so much as our unchallenged acceptance of state rights at the expense of individual rights, as Tucker describes in the last sentence. Rights and ownership must not be confused, as I’ve made very clear in discussing unalienable rights versus inalienable rights.

Life is self fulfillment, and no inherent property of self is annex-able as ‘own-able’ (material) property. Self is inexorably independent; complete in itself.

One’s life and one’s right to life are both unalienable — not divisible by any means whatsoever — not up for grabs by anyone.

If claim to self ownership truly means claiming the right to self fulfilment without impediment of any kind, the cogent issue is our independent right to life, not ownership. Life is self fulfillment that no one but self has any right to. When individual (unalienable) rights prevail as they should, self ownership is a red herring, while (inalienable) ownership of our enactments is not.

‘Self ownership’ appears a grand notion in the broad sense, but when it lends credence to (material) ownership by decree of the state, at the expense of one’s unalienable right to life, then it fails miserably by misdirection or miscomprehension.