Severe Cancer Increase in Japan from Fukushima by Sayer Ji 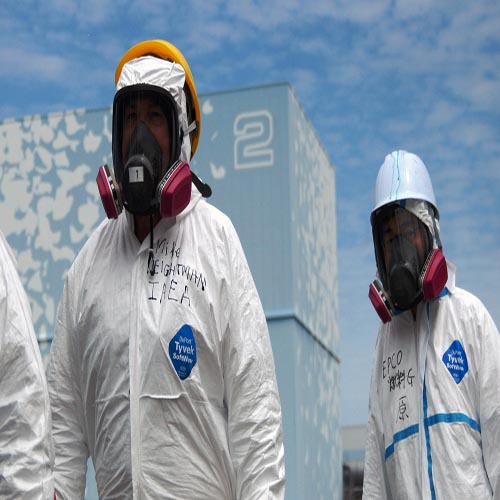 A shocking new report defies the chronically underestimated impacts of the Fukushima’s triple meltdown on the risk of cancer in exposed populations, which does not just include Japan, but arguably the entire world.

A new report from Fairewinds Energy Education (FEE), “Cancer on the Rise in Post-Fukushima Japan,” reveals that the ongoing multi-core nuclear meltdown at the Fukushima Daiichi plant that started in March 2011 has produced approximately 230 times higher than normal thyroid cancers in Fukushima Prefecture, and could result in as many as one million more cancers in Japan’s future as a result of the meltdown.

According to the new report, data provided by a group of esteemed Japanese medical professionals and TEPCO, confirm a direct link of numerous cancers in Japan to the triple meltdown. As transcribed by Enenews.com, Arnie Gundersen, chief engineer at Fairewinds stated, Nov. 4, 2015:

“It’s been almost 5 years from the Fukushima Daiichi meltdowns, and the news from Japan is still not good. Two reports recently released in Japan, one by Japanese medical professionals and the second from Tokyo Power Corporation – TEPCO – acknowledged that there will be numerous cancers in Japan, much greater than normal, due to the radioactive discharges from the triple meltdown at Fukushima Daiichi… I believe, as do many of my colleagues, that there will be at least 100,000 and as many as one million more cancers in Japan’s future as a result of this meltdown… [T]he second report received from Japan proves that the incidence of thyroid cancer is approximately 230 times higher than normal in Fukushima Prefecture… So what’s the bottom line? The cancers already occurring in Japan are just the tip of the iceberg. I’m sorry to say that the worst is yet to come.”

You can watch Arnie Gundersen’s video by clicking on the image below: The content of the new report defies what are chronically underestimated radiation exposure levels and effects produced by the International Atomic Energy Agency, TEPCO, and the Japanese government. As we have reported previously, the present day radiation risk model is based on outdated science and a dataset extracted from Hiroshima atomic bomb survivors, and which was arrived at before the discovery of DNA, and knowledge of up to six orders of magnitude higher genotoxicity caused by what is known as photoelectron induction associated with low-dose radioisotope exposure, i.e. the incorporation into our tissue of extremely low doses of radionuclides such as plutonium-239, uranium-238, and over one hundred others produced as a byproduct of the nuclear reactions that produce nuclear power.

For those unafraid of confronting the truth, I highly recommend reading the 2001 paper published in the Journal of Inorganic Biochemistry titled, “Depleted uranium-catalyzed oxidative DNA damage: absence of significant alpha particle decay,” produced by the Army’s own Radiobiology Research Institute, in order to fully comprehend the implications of photoelectron induction. In a nutshell, it implies that the adverse health effects associated with nuclear fallout may be tens of thousands times worse than present radiation risk models used by the nuclear industry, medical establishment, and government presently project.

For more information here is an excerpt of my report, written only weeks after the Fukushima meltdown, titled “Why There Is No Safe Dose of Radiation from Fukushima“:

The nuclear radiation risk models used by the nuclear industry and the medical establishment and harped upon by the mainstream media and world governments, were created largely by nuclear physicists in the 1950’s, before the discovery of DNA, and are based upon the type of high energy external radiation exposures associated with the atomic bomb blast in Hiroshima.

This “old world” risk model, which underpins the policies and recommendations of would-be authorities on radiation safety such as the International Commission on Radiological Protection (ICRP), though relevant in the case of external radiation exposure, severely misrepresents both the type and degree of radiotoxicity associated with the internalization of radioisotopes like Radioiodine 131, Cesium 137 and Uranium 238, and subsequent “non-linear” adverse effects in the human body. The ICRP not only conditions the world’s perception on the relative safety of nuclear energy, but is also responsible for underwriting the risk associated with the use of munitions containing depleted uranium (DU) in places like Iraq, and now Libya. The genotoxic Uranium-238 residues left behind will likely cause pain, suffering, birth defects, miscarriages and premature deaths for countless generations to come.

Although radioisotopes like Uranium-238 give off relatively low doses of ionizing radiation when compared to “high dose” external radiation exposure (such that may occur in a nuclear blast), following inhalation or ingestion these alpha particle emitters remain in affected tissues and cells for days, months, years and in some cases, a (subsequently shortened) lifetime, e.g. Strontium-90.

On a cellular level, particles of Uranium-238, which are weak emitters of alpha particle radiation (and therefore considered relatively non-radiotoxic), strongly bind and incorporate into the DNA in affected cells. Once a DNA-Uranium complex is formed it is capable of amplifying the genotoxicity of natural background gamma radiation (or medical radiation) to the affected DNA though a phenomenon called “photoelectric enhancement” by up to 55,000 TIMES HIGHER than normally occurs. See Chris Busby PhD’s video or this document for details.

Not Only Japan, But The World Should Be Concerned

As we reported less than a year after the Fukushima meltdown began, “Plutonium From Fukushima Made It Around the Planet“:

A recently published study in the Journal of Environmental Radioactivity confirms that the radioactive fallout from the Fukushima nuclear disaster reached Europe (Lithuania), and included plutonium, the most deadly manmade element (nanogram for nanogram) in existence.

According to the study’s authors the radioisotope concentrations measured indicate there was “long-range air mass transport from Japan across the Pacific, the North America and the Atlantic Ocean to Central Europe as indicated by modeling.” What this means is that every region under the jet stream — which includes half of the planet north of its equator — could have been exposed to some degree of plutonium fall-out; a fact that is all the more disturbing when we consider there is no such thing as a safe level, and that the harm (on the human scale of time) does not dissipate: the half life of plutonium-239 is 24,200 years, and that of uranium-238 is 4,460,000,000 years, which is older than our planet.

Clearly, with anthropogenic radioisotopes like plutonium-239 having the potential of causing harm to biological systems for hundreds of thousands of years, the health implications of this and other meltdowns are profound. The United States, for instance, has many similarly constructed and arguably faultily designed nuclear reactors as the Daiichi model (General Electric’s Mark 1 reactors), and in fact, the Miami Florida region’s Turkey Point nuclear plant, is not only failing to maintain a safe and stable cooling system, but Florida Power and Light just approved the expansion of the facility, despite the protest of local activists and even area mayors, and the fact that is at extreme risk of becoming the world’s next most likely site of a nuclear meltdown. Learn more by reading, “Is Miami on the Brink of a Nuclear Disaster?“

Even if we do not experience an overt nuclear disaster such as a full or partial meltdown, most citizens are unaware that the nuclear power grid regularly emits highly carcinogenic material into the environment, which has been directly linked to increased rates of childhood leukemia in the vicinity of these “properly operating” nuclear units, and that this has been covered up by the Nuclear Regulatory Commission (NRC) for decades.  Learn more about the government’s previous cover-up of a nuclear meltdown in the Los Angeles region in 1959, and by reading our previous report, “The Nuclear Industry’s Ongoing Cancer Cover-Up.”

What Can Be Done To Prevent Future Nuclear Disasters?

First, we must transition off the nuclear power energy grid. This can be done through reducing power consumption and/or using alternative and sustainable energy sources. Keep in mind that fracking produces radioactive waste that is directly released into the environment. So don’t be “green washed” by terms like “natural gas.”  Coal-fired plants, also, produce highly radioactive waste called coal fly ash, and which it is believed is being used in covert geoengineering projects to “combat climate change.” Solar and wind power are better options, but have what are called “embedded energy” problems, i.e. it takes a huge amount of conventional energy and inherently toxic building materials to produce. This is why alternative and “free energy” are critical, but have historically been suppressed because of the threat they represent to the trillion plus dollar status quo of fossil fuel and nuclear forms of power generation.

Lastly, please consider joining and supporting organizations such as BeyondNuclear.org, and Fairewinds Energy Education, ENEWS.com and The Low Level Radiation Campaign.  These are some of the few organizations out there who are fighting to get the truth out about the real risks associated with nuclear energy and the ongoing disaster that it represents.

Lastly, for those concerned about exposure to radiation or low-dose radioisotopes, read our article on the topic, “Tracking & Mitigating Radiation from the Inside Out,” or peruse an extensive body of research on natural substances that mitigate nuclear disaster related radiation toxicity.