Shadow of the Rose: The War on Love 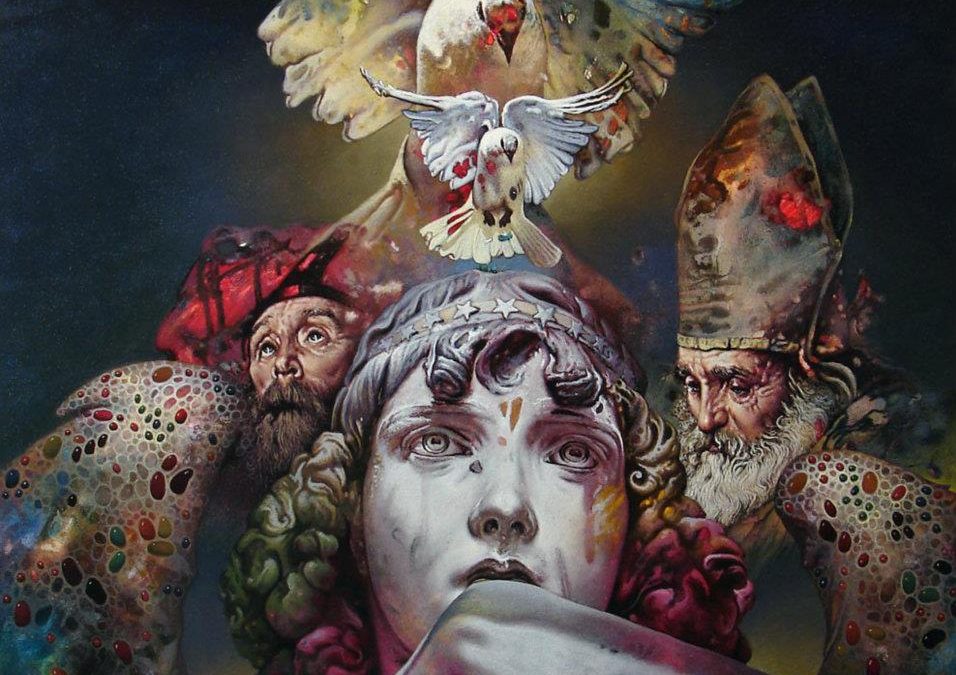 By Jared at The Great Order 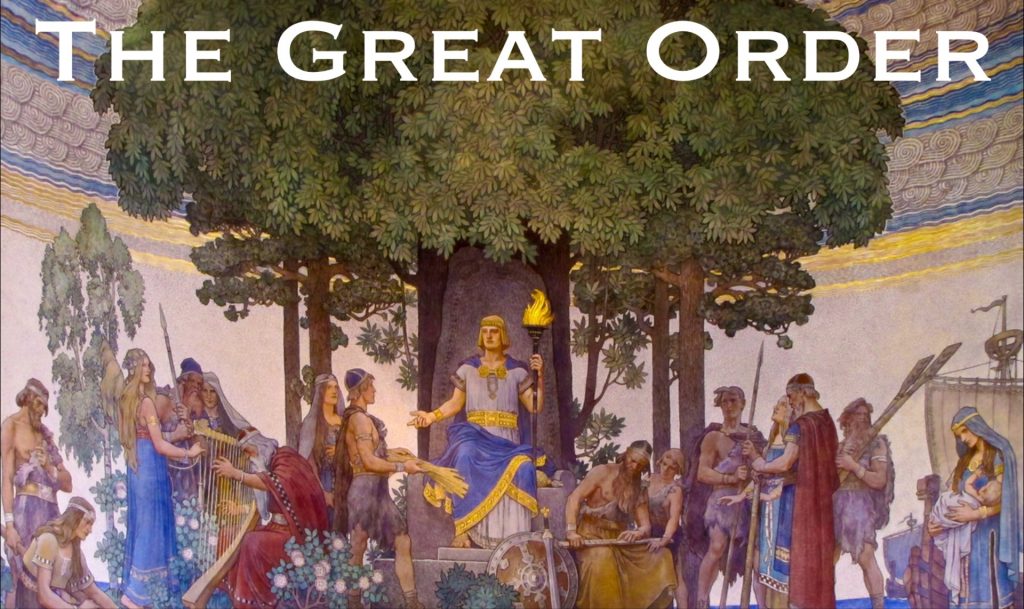 For video presentation, please scroll to the bottom.

Charles Upon and Jennifer Doane Upton are a married American couple who together wrote a book called Shadow of the Rose: The Esoterism of the Romantic Tradition. 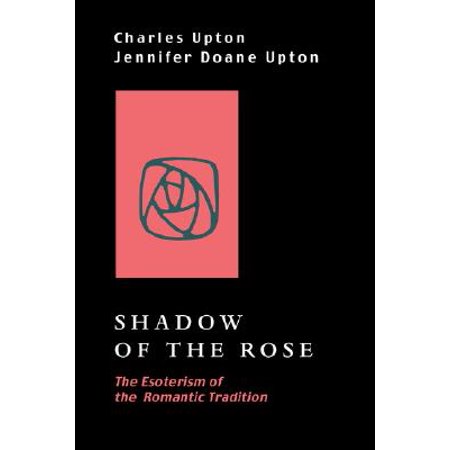 In it they discuss the roots of medieval romantic chivalry, and how ideas about love–and love’s mingling with social custom and law–developed in the West.

Here I’ll  reflect on one paragraph, found on page 65, in a section of the book written by Charles Upton. The paragraph particularly lays out the effects of the attack on love (and thus our humanity) occurring in the present age. It begins:

Romance began as a rebellion against the heartless convention of worldly marriage. The heartless convention of the present day, however, is not marriage, but a profound lovelessness in all areas of life, coupled with a subhuman obsession with the most venomous forms of sexual self indulgence. Consequently the central act of liberating rebellion against the degenerate social mores is no longer the dangerous, formalized adultery sung by the troubadours, but loving marriage itself.

Popular culture, at least in the USA, increasingly presents a happy family life as cheesy, not real. This speaks to profound sicknesses at large.

In other times, society’s imbalances tipped in different ways than we experience today. Therefore, when we learn of how our ancestors corrected the imbalances of their times, those practices may strike us as quaint, ignorant, boorish, or overly sentimental.

The troubadours of old sang love songs to their ladies, but theirs was an unrequited love. At that time in the medieval courts, marriages served as arrangements for wealth and standing (what Upton refers to in the first line as “worldly marriage”).

Nevertheless, a practice developed where men of the courts would write songs to the ladies they loved, even if both

parties remained married to others. Similarly, knights would dedicate their performance in tournaments to ladies whom they’d often never have the chance to be alone with.

The yearning for something that could never be, the formalized distance separating the pining man from his beloved, formed a deeper appreciation of love in the aching hearts of the poets and songwriters. Slowly, romance became better articulated and understood in the laboratory of the courtly romantic tradition. (1)

Eventually, marriage became closer to what we recognize today–or at least recognize what it’s supposed to be in theory: a mixture between personal choice and societal constraints/legal structures. Such social and legal structures serve to protect and support the two individuals and families who join together in the marriage contract.

The aforementioned modern cynicism, along with moral relativism (they go hand in hand) work to erode any sense of the sacred that people may be privy to. Surely for most, it’s romantic and familial love that provides the best chance of experiencing the sacred, of awakening their better angels.

Upton mentions sexual self indulgence as a natural byproduct of an era when love and virtue suffer mockeries and indignities.

If we’re cutting off the pleasure aspect from the other aspects of sex, then this causes a great imbalance which ripples outward. Such a siphoning off of one part of sex from its totality, only using it for “recreational” pleasure, is symptomatic of a bigger trend in our culture to separate actions from consequences.

People in all eras get caught up in the throes of lust, undeniably. Problems occur, unwanted children are conceived–that’s always going to exist. The difference now is that a loveless, selfish sexuality receives our culture’s encouragement and blessing in many quarters. Again, that attitude manifests as just one offshoot of the bigger “I don’t want the consequences” lifestyle.

One obvious consequence we’ve removed from the equation, thanks to birth control, is that for most of history, sex necessarily meant that you were potentially joining your entire lineage and family history with that of another person if it resulted in a pregnancy.

You’d better damn well know what you were doing there, but of course, human bodies mature before human brains.

The reality of this fact traditionally gave families the impetus to actively guide the actions and choices of their young adult members. The older family members and friends ideally served to function as outsourced “brains” for the younger members.

Needless to say, our current culture now stands very far removed from such social practices and structures. It’s well worth asking what we’ve lost by turning away from this.

Certainly a marriage of forty years can’t be all flamenco; there has to be some coziness too. But the partially-successful attempt of western culture to situate passionate romance within the context of marriage, while in one sense it was nothing but a weak, bourgeois compromise between the demands of the ethic of chivalry on the one hand and those of church morality on the other, in another and higher sense was a move to unite Heaven and Earth, to bring back the Golden Age, to make every home and hearth a temple of tantric worship.

The transformative and healing power of marriage, like civilization itself, lies in its ability to harmonize chaos and order.

There’s the chaos of our desires. And there’s the order of bringing together family lines, property, wealth.

We had to find a balance point in the pendulum.

In the West, marriage had arrived at a reasonable fulcrum.

People exercise personal choice in their joining together with a mate–so it’s not only a cold business transaction–but also engage with legal structures that hopefully support the bringing together of their lives and families.

Of course, we can find varying motivations and practices among different types of people. Generally, however, what’s written above describes the kind of marriage structure we ended up with, following the trials and errors of our ancestors.

And while a structure, marriage ultimately derives its meaning from the actual two people in the marriage.

The bulk of the marriage as a day-to-day practice relies on the two individuals involved, but it’s not hyper-individual.

There still should exist mediating factors, some legal, and some social, as again, the wider family and community can provide guidance and corrective feedback to the two married people (or the couple considering marriage).

Perhaps one reason we see the legal/government aspect of marriage overgrowing in its significance, becoming a bloated behemoth (witness the over-sexualization of education, or the brutal battlefields of divorce courts) owes to the fact that the wider family/community influence has retreated.

Are we witnessing the effects of the wider family and community abandoning their roles in nurturing and supporting marriages, and romantic relationship in general?

Author Charles Upton posits that the thought forms slithering through our present culture–selfishness, nihilism, extreme relativism, avoidance of responsibility–erode the tempering effects of romantic love. This erosion devastates on both personal and societal levels.

Because if the relationship between the sexes, in which the power employed by God to create the universe–the power of polarity–reaches its point of highest concentration, is separated from compassionate and self-sacrificial love (which in turn opens the door to the separation of reproduction from sexuality), then the spiritual center from which love radiates into all areas of human life, and even carries over into a fertilizing empathy with the natural world, is destroyed.

The family is nuclear.

Not only is it nuclear in the sense of individuals orbiting a center, but in the sense of nuclear energy. The genesis of this energy ideally flows from the love between the husband and wife. Here we see the power of the polarities that Upton mentions.

Men and woman get to act out, as localized, microcosmic instances, the great creative forces of life, Masculine and Feminine.

A family acts as an incubator which propels the individual members, parents and children alike, to then go out and act further in society. This Upton refers to at the end, writing that the love we stoke in marriage and family life “carries over into a fertilizing empathy with the natural world.”

And yet in a broader sense, all parts of a culture affect all of the other parts. You can’t just wave a wand and say “all families should be better.”

If there’s no social cohesion of wider community, no shared cultural values, no shared purpose, if individuals buy the selfishness and meaninglessness sold in schools and media, then they’ll bring that back to their families, opening the door for trauma.

Surely, a strong and healthy family provides a tough match for anything you can throw against it.

Currently some families, to different degrees, must practice a bunker mentality. They may at first shield, and later, equip their children to deal with the negative cultural conditioning at large.

Some turn to home schooling and avoidance of certain foods and media. But it’s a hell of a predicament to witness people receiving less and less support for a healthy relationship and family life from the general culture around them.

Marriage functions for many people as the work that shapes (yes, by times aggravating) the boundaries between individual and group, inward and outward responsibility. The family occupies a balance point between individual and collective identity, allowing us to experiment with and refine our approach to both aspects of our identity.

True love, I believe the author is saying, keeps you in a fulcrum. True love releases aspects of your individuality that you couldn’t express alone, but it absorbs them into concerns of other people.

People sometimes say they’re afraid of losing themselves in a committed relationship. But the concern should be what they can give and what they can be as they focus their life through the prism of a dedicated, meaningful love.

Unfortunately, many are robbed of the input that would show them just what that kind of dedicated, meaningful love even looks like. We’re seeing less and less models of such a love.

As this cycle perpetuates and cynicism increases, new corrections become necessary. That’s why in a culture war, the unhealthy and damaging examples need to be removed from the pedestals, and we must advocate for and demonstrate the true, good, beautiful, healthy.

(1) Of course things go in cycles, and the courtly love discussed here applied to the upper classes of medieval Europe. This is not to say that marriages in previous times, or medieval marriages among other classes, were loveless. For the purposes of this article, we’re simply tracing one of the ways that modern understandings and practices around love and marriage developed.

—
Video (not a reading of this article):
https://www.bitchute.com/video/8c1lCjNp0Kim/
By Jared at The Great Order  @   thegreatorder.com 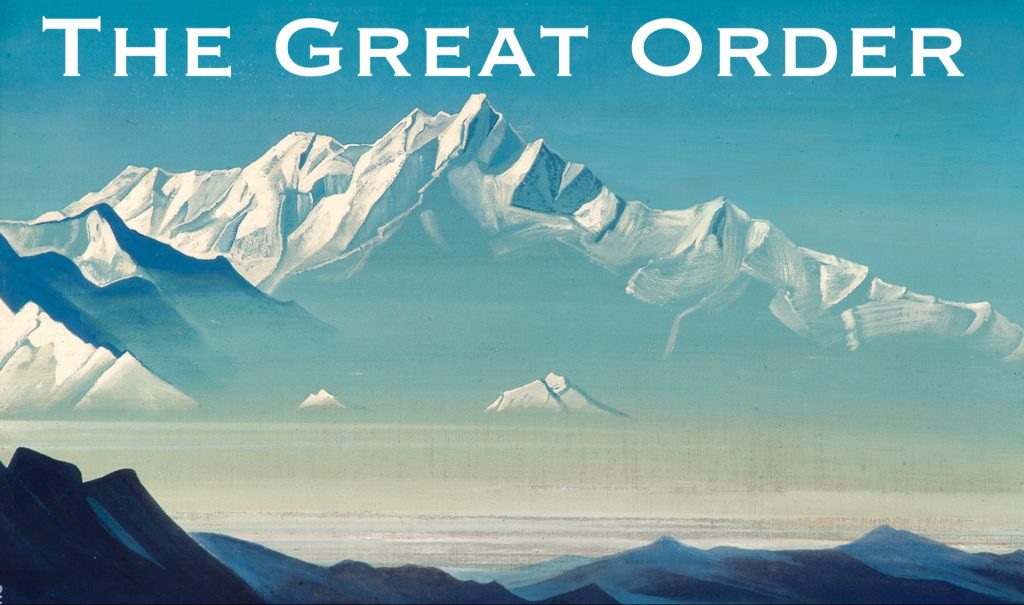