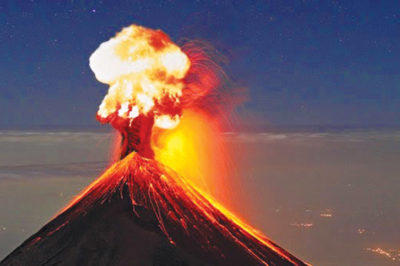 The mineral kingdom has fascinated humankind since its earliest days. Archaeological evidence suggests that early man used stone tools and revered unusual rocks and minerals, sometimes even adorning themselves with it. The lives of humankind, both ancient and modern, are inextricably linked with the mineral kingdom; we live on a planet comprised of hard rock and stone, and many a modern convenience makes use of the gifts of rocks and minerals in order to support comfort, health, and innovation. Apart from the utilitarian applications of mineral substances, we continue to use crystals, minerals, and gemstones for adornment and to confer spiritual gifts as well.

These spiritual powers embodied by stones are owed to the innate perfection of minerals. Minerals are defined as highly ordered, solid substances with regular compositions of inorganic origins. All minerals are innately crystalline, thanks to their high degrees of order and symmetry. Rocks, on the other hand, are aggregates of one or more minerals, and are thusly crystalline on one level or another. (There are notable exceptions to this crystallinity. Materials such as opal and obsidian lack the order required to be crystals; they are thus referred to as mineraloids.) Although ancient people may not have been able to effectively analyse the structure, composition, and other characteristics of precious stones, they still knew them to be special, if not somehow sacred.

Through the ages different cultures employed rocks, gems, and crystals as tools for healing, talismans to draw positive influences into their lives, and as material embodiments of Divine Law. The messages embodied in the crystal kingdom resonate with us at a very primal level, and the modern art of crystal healing is carrying on this deep attraction to crystals even today. The average book on crystals and gemstones will enumerate the properties of stones, perhaps even hundreds of stones, but they seldom dig deep enough to really show how and why crystals work. This missing link has always been what drives me forward in my research.

Wherever humankind encountered precious and common gems alike, these sacred stones are usually described with startlingly similar themes. For example, obsidian, a natural glass formed when lava cools too quickly for crystals to grow, is found in regions worldwide where there has been volcanic activity. Ancient people prized this mysterious stone for its predisposition to break into sharp edges, as well as for its characteristic reflective properties. As a result, no matter where or when obsidian has been used by ancient people, the same archetypal roles are evidenced in the archaeological record. Cutting edges, such as knives, spear points, and arrowheads abound, while obsidian mirrors have been unearthed in locations as far apart as the Anatolian peninsula and Central America.

The widespread, cross-cultural uses of gemstones hint at their spiritual teachings and healing qualities. Continuing with the example of obsidian, its sharp, incisive quality translates to being very protective; it is an ideal stone for the spiritual warrior. More importantly, it helps the mind to become as deft as the sharpest blade, for it engenders the ability to cut through illusion, fear, and doubt. The reflective nature of the obsidian mirror reminds spiritual seekers that we must confront the world for what it truly is. This can mean honestly looking into the recesses of the mind where the shadow self lies in wait. The obsidian mirror also awakens the inner vision to look beyond material reality. In doing so we are brought closer to the threshold between ordinary consciousness and the abode of all things spiritual. At this liminal zone is where we receive spiritual initiation; only then can we cross the boundary between worlds.

Obsidian confers these teachings through the symbolic language of form and application through the aeons that it has co-created with humanity. In a similar fashion, many crystals relay their teachings throughout the world’s history. It would be difficult to overlook the common themes that disparate cultures attributed to stones such as rock crystal, jade, carnelian, diamond, or emerald. The mineral kingdom speaks a language so fundamental that it transcends the boundaries of language, age, and culture. Only by cross-examining the same stone from many perspectives can we really see just how universal its gifts truly are.

Our ancestors learned to speak the language of stone through trial-and-error. The curative powers of gems may have been reliant upon the doctrine of signatures, wherein the appearance or other quality of a substance bears a resemblance to a condition or body part that it is thought to heal. Myths surrounding rocks and minerals also provide much insight into the lessons and healing qualities embodied within the mineral kingdom. Today we can take the best and most consistent of these messages and apply them to our personal relationship with our most beloved crystals.

Nicholas Pearson has been immersed in all aspects of the mineral kingdom for more than 20 years. He began teaching crystal workshops in high school, later studying mineral science at Stetson University while pursuing a degree in music. A teacher of Usui Reiki Ryoho, he offers crystal and Reiki classes throughout the United States. He is the author of The Seven Archetypal Stones, Crystals for Karmic Healing, and Crystal Healing for the Heart. He lives with his partner in Orlando, Florida.     Author Archive Page

This article was published in New Dawn 161.
If you appreciate this article, please consider a contribution to help maintain this website.