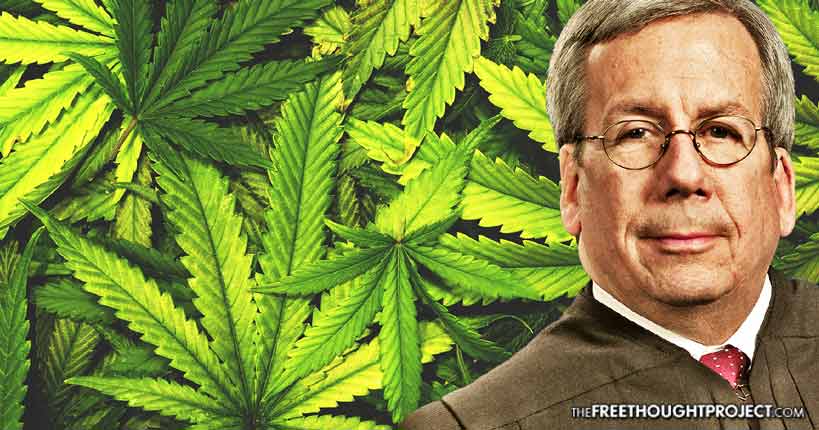 Amid the seemingly constant bad news about rising international tensions and the crushing police/surveillance state at home, one bright spot remains. Cannabis decriminalization keeps on sweeping the U.S. – as, according to polls, almost no one believes cannabis should be illegal.

It is well known that the war on drugs serves no purpose but to enrich and empower the police state and the corporatocracy. On the other hand, cannabis legalization has provided tremendous benefits to the people.

Medical cannabis is proving to successfully treat an ever-growing number of physical and mental ailments, without the side harmful side-effects of pharmaceutical products. While it is not a panacea, medical cannabis is giving life to children where before they were expected to die, allowing children to finally stop having debilitating seizures, and allowing war veterans to find treatment for PTSD where none other exists, to name just a few.

Freedom is even greater in the eight states that have legalized recreational cannabis use. If this weren’t enough, legal pot is providing incredible economic boosts, such as in Colorado where the cannabis industry is boosting the economy more than any other industry.

More and more of those in government are getting it, and they’re not afraid to speak out or even act in the noblest of manners, such as Georgia Rep. Allen Peake who skirts the law to distribute Colorado medical cannabis to suffering children in his state.

Add Ohio Supreme Court Justice William O’Neill to the list. In a recent speech, the enlightened judge said cannabis should be legalized and all non-violent cannabis offenders should be released from jail.

“The time has come for new thinking,” O’Neill said. “We regulate and tax alcohol and tobacco and imprison people for smoking grass.”

O’Neill says legalization and prisoner release would generate $350 million that would be used to treat drug addiction instead of criminalizing it, as well as create a mental health network to combat addiction.

“Treat addiction like the disease it is in the name of compassion,” he said.

O’Neill is pondering a run for Ohio governor, but won’t make a decision until the end of the year. Even if he doesn’t run, his remarks inject some much-needed substance into the race, and should spur the candidates to put their positions on the record.

Ohio legalized medical pot in Sept. 2016, although legal sales won’t begin for at least a year. Ohio will have dispensaries and cultivation centers to provide medical products for a host of qualifying conditions.

O’Neill’s call to legalize all cannabis use, like alcohol and tobacco, and release non-violent cannabis “offenders” is a natural progression in rational thought. As far as drugs go, we know that alcohol and tobacco use kills hundreds of thousands of people every year, while no one has ever been known to die from the use of cannabis.

Pretty simple, but too many politicians still cling to the injustice of prohibition, even though we know the drug war was started to oppress minorities and suppress political dissent. They continue supporting the War on Drugs even though it has not achieved any of its stated goals, after five decades and $1 trillion being spent.

If Justice O’Neill ends up running for governor, his chances will certainly be boosted by calling for the freedom and economic boost that is legal cannabis.

Justin Gardner is a peaceful free-thinker with a background in the biological sciences. He is interested in bringing rationality back into the national discourse, and independent journalism as a challenge to the status quo. This article first appeared here at The Free Thought Project.