State Takes Child from Parents, Forces Him to Take Chemo for Treating Cancer With Cannabis 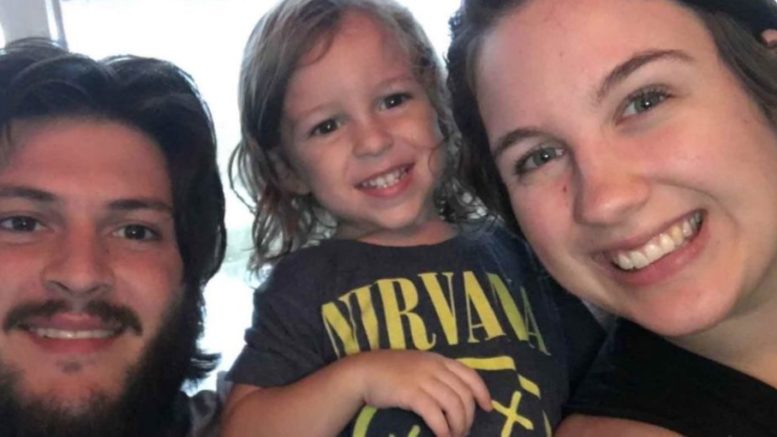 State Takes Child from Parents, Forces Him to Take Chemo for Treating Cancer With Cannabis

Parents of a 4-year-old Florida boy had their child taken away last month because they sought to treat his cancer in a holistic manner. A judge ruled the couple had placed their son in harm’s way after ceasing chemotherapy treatments for his leukemia.

Taylor Bland-Ball and Joshua McAdams had their parental rights taken away from them following the couple’s decision to seek a second opinion out of state. That decision led to the parents giving their son CBD and THC oil along with traditional chemotherapy treatments.

A Hillsborough County judge ordered that 3-year-old Noah McAdams continue to receive chemotherapy treatment at Johns Hopkins All Children’s Hospital within the next 28 days, NBC affiliate WFLA in Tampa reports.

Bland-Ball responded to the judges decision outside the Florida courtroom. She said, “we’re disappointed with the fact that they are moving forward with chemotherapy considering all the side effects that were brought up in court today, including death.”

It turns out, she’s right. A landmark study published in the United Kingdom detailed just how deadly chemotherapy can be, even within 30 days after its initial use. As TFTP reported, the chemotherapy often turned out to be deadlier than the patients’ cancers. In fact, some hospitals had a higher mortality rate than those in other cities, leading the researchers to question why such mortality discrepancies with chemotherapy existed.

Bland-ball and McAdams wanted to do more for their child and include cannabis as an alternative to chemotherapy and radiation, the universal standard treatments for cancer. It’s unclear precisely which cannabis medicine they wanted to give their son. Currently, the only FDA approved cannabis-based medicine is produced by GW Pharmaceuticals whose researchers are attacking some of the world’s deadliest cancers such as glioblastoma, a brain cancer which is almost always fatal and of which chemotherapy and radiation have little to no effect.

GW Pharmaceuticals’ 1:1 THC/CBD medicine was used in conjunction with a traditional chemotheraphy. The test results, according to GW Pharm hold promise. According to one of their recent studies conducted in the United Kingdom:

Patients given cannabis lived nearly twice as long as those who were not given cannabis as an alternative treatment. But the choice to give cannabis to Bland-Ball and McAdams’ child was taken from the parents and given to the State of Florida which has usurped not only the parents’ wishes but the current research being conducted using cannabis in conjunction with standard chemotherapy. Florida has now ordered the son to be given chemotherapy completely against the parents’ wishes.

In addition to being used to help kill cancer cells, cannabis also helps to mitigate nausea and pain while taking chemotherapy. Unfortunately, Bland-Ball and McAdams’ child will now have to take his chances with chemotherapy and wonder whether or not it will even work. With legal decisions being made by the state one must logically ask the serious question as to whether or not a day is coming when all decisions about one’s health can be taken away from the citizenry?

As an example of humans losing rights to states, take for example the subject of vaccinations in the State of New York. As TFTP has reported, parents are no longer allowed to even decide when, if, or which vaccines will be given to their children, making such universal declarations akin to 1984, George Orwell’s work on a dystopian future where people give up all rights to the government. The forced vaccination program may be eerily reminiscent of Nazi Germany with the government controlling all procreation/birthing/parenting/child-rearing decisions.

Enough is enough. The Police State in America has to be replaced with logical, common sense approaches to health and wellness. Fascist Big Pharma is now allowing the state to force feed its chemotherapy onto little children whose parents do not want the drug to be given to their kids. Shouldn’t an oncologist refuse to be an agent of the state in this matter? Where are the courageous physicians who will refuse to administer drugs to children whose parents object? Likewise, should parents be allowed to keep their children if they neglect life-saving medical treatment?

Jack Burns is an educator, journalist, investigative reporter, and advocate of natural medicine. This article was sourced from The Free Thought Project.