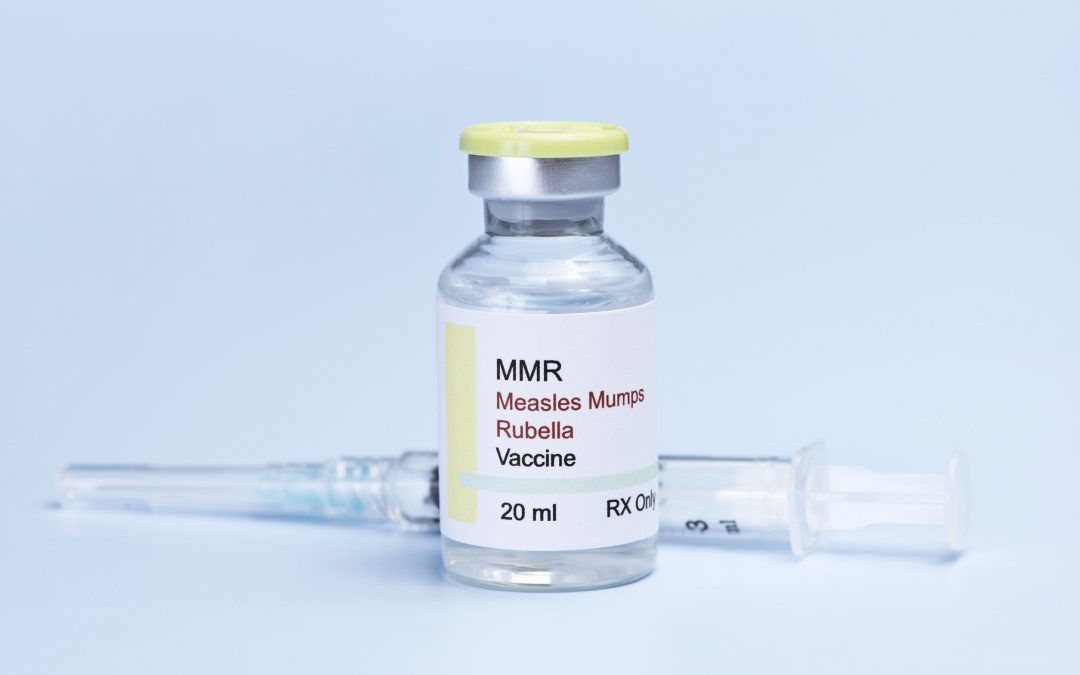 Kills More People Than The Measles Does

The measles vaccine kills more people than the measles does. The odds of dying from the measles are 0.001 percent, while the vaccine has killed, injured and disabled many children.

Why is this information never mentioned or acknowledged within the mainstream. Why don’t many health professionals have knowledge of it?

Right now, as we’ve seen before, there is a lot of talk about measles within the mainstream. Multiple states are trying to enforce mandatory vaccination policies for children not only in schools, but in public places as well. This type of action completely contradicts facts about measles as well as the measles vaccine, more specifically the MMR vaccine.

What we are seeing from the media, which Robert F. Kennedy Jr. explained is completely compromised by Big Pharma and oil , is a massive fear campaign, blaming recent outbreaks of measles on unvaccinated children in order to further drive mandatory vaccination policies. But there is one problem: Measles outbreaks have been occurring in highly vaccinated populations since the inception of the vaccine. Not only have multiple studies shown vaccinated people getting the measles, but vaccinated individuals themselves can shed their virus and spread it to others as well.

For example, during the measles outbreak in California in 2015, a large number of suspected cases occurred in recent vaccinees. Of the 194 measles virus sequences obtained in the United States in 2015, 73 were identified as vaccine sequences. The media (Pharma-owned) generated high public anxiety. This fear mongering led to the demonization of unvaccinated children, who were perceived as the spreaders of this disease. Rebecca J. McNall, a co-author of the published report, is a CDC official in the Division of Viral Diseases who had the data proving that the measles outbreak was in part caused by the vaccine. It is evidence of the vaccine’s failure to provide immunity. (source)

According to an article published in the American Journal of Public Health in 1991, “In early 1988 an outbreak of 84 measles cases occurred at a college in Colorado in which over 98  percent of students had documentation of adequate measles immunity… due to an immunization requirement in effect since 1986.” (source)

A study published in the highly authoritative Bulletin of the World Health Organization looked at recent measles occurrences throughout China and found that there were 707 measles outbreaks in the country recorded between 2009 and 2012, with a steep upward trend in 2013. “The number of measles cases reported in the first 10 months of 2013 – 26,443 – was three times the number reported in the whole of 2012.” This is odd considering that since  2009 “…the first dose of measles-virus-containing vaccine has reached more than 90% of the target population.” (source)

A study published in the journal Clinical Infectious Diseases – whose authorship includes scientists working for the Bureau of Immunization, New York City Department of Health and Mental Hygiene, the National Center for Immunization and Respiratory Diseases, and the Centers for Disease Control and Prevention (CDC), Atlanta, GA – looked at evidence from the 2011 New York measles outbreak, which showed that individuals with prior evidence of measles vaccination and vaccine immunity were both capable of being infected with measles and infecting others with it (secondary transmission). (source)

The list of examples is long, and it suggests that we are seeing a failing vaccine instead of a failure to vaccinate, yet these are facts that the mainstream media never addresses.

Furthermore, according to a MedAlerts search of the FDA Vaccine Adverse Event Reporting System (VAERS) database, as of 2/5/19, the cumulative raw count of adverse events from measles, mumps, and rubella vaccines alone was: 93,929 adverse events, 1,810 disabilities, 6,902 hospitalizations, and 463 deaths  The National Childhood Vaccine Injury Act has paid out approximately $4 billion to compensate families of vaccine injured children. As astronomical as the monetary awards are, they’re even more alarming considering HHS claims that only an estimated 1% of vaccine injuries are even reported to the Vaccine Adverse Events Reporting System (VAERS). If the numbers from VAERS and HHS are correct – only 1% of vaccine injuries are reported and only 1/3 of the petitions are compensated – then up to 99% of vaccine injuries go unreported and the families of the vast majority of people injured by vaccines are picking up the costs, once again, for vaccine maker’s flawed products.

From 2013 to 2017, measles killed 2 people, but the vaccine killed 127 people. The odds of dying from the measles are 0.01 – 0.02 percent, meaning you have a greater chance of getting hit by a lightning bolt multiple times. Furthermore, if your child contracts the measles, they will be immune for life, but that cannot be said for vaccinated children.

This is why those who are doing their research are having a hard time understanding how the vaccine, and even worse, mandatory vaccination in general makes any sense at all, especially when the vaccine seems to be more dangerous than the measles itself.

There is so much to discuss when it comes to measles and the MMR vaccine, which is exactly why myself and CE Founder Joe Martino dived deeper into the subject on CETV. You can listen to the first hour of the show where we talk about vaccines here. If you prefer to watch it, you can do so below.

We discussed the mainstream media and the way they fear monger and blame the unvaccinated without addressing important facts. We talked about the history of measles outbreaks in highly vaccinated populations, provided multiple clips from scientists and doctors sharing information related to the above, and cited examples of fraud, specifically with regards to the MMR vaccination and the CDC.

Below you can watch hour discussion, the first hour is free. To watch the other 2 hours of this episode, become a member of CETV.