Staying Sane Despite the Insanity 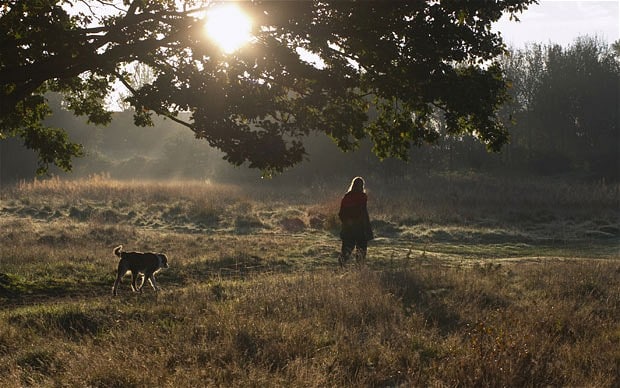 Staying Sane Despite the Insanity-

The Power of Awareness and Personal Choice

Within the New Emerging Consciousness

We all know the world can be a very corrupt and nefarious place. Although there is a lot of good happening, whether individually or through groups and organizations, sometimes it seems as though all we can do is wake up each day and try to be a good person, resting and residing in what Tibetan spiritual teacher Chögyam Trungpa Rinpoche  called ‘basic goodness’.

This may seem like a passive and cowardly approach instead of confronting the ‘dark side’ through protests, demonstrations, and activism; however, I feel there is another way of ‘fighting back’. The art of fighting without fighting, for as Sun Tzu said, “Supreme excellence consists in breaking the enemy’s resistance without fighting.”

Regardless of any apparent gloom and doom and instead of focusing on all the injustices and/or corruption, I can ask myself…
“How am I living my life..?”
“What choices can/do I make that will help others or the earth..?”
“How can I still let my light shine despite it all..?”

I think that by now we are all pretty aware of the current issues, whether it’s climate change, political corruption, or what have you.  I could rant and rave about all the corruption and injustices in the world, and in a way it is helpful to bring the issues into public awareness; however, I feel the power to change ultimately resides in our daily personal choices, choices that seem to be eroding.

​But despite the apparent erosion of our so called charter of rights and freedoms and a democracy that could be described as ‘the global tyranny of the world’s elite and their corporate mandates, agendas, and status quos’, there are still many personal choices that we can make each day.

And it is through conscious awareness that we become informed and then make whatever choices we still can from this foundation. Remember though, that newfound awareness without action applied in the direction of truth and love, goes back to sleep on the pillow of ignorance.

So I have given it some thought and feel that my best approach, defense, or way to fight back, is to make daily choices based on awareness. How am I living my life..? What choices do/can I make daily…?

For example, after watching the documentary The Vanishing of the Bees and how the almond industry in California trucks in mass amounts of Bees to pollinate, I could have been all offended and angry and wrote out a big piece fuelled by my outrage and disgust,…or do the more appropriate and effective thing, in my opinion, which is to simply stop buying almonds.

And that is what I have done. I used to love almonds and almond milk, but after watching that documentary and realizing that the almonds also have to get flown or trucked all the way to Canada for me to eat, I decided that my ‘power’ resides in my choice. 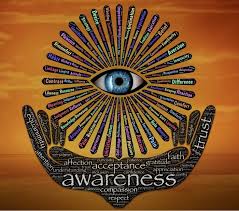 (It is true that some things may be beyond our level of ‘choice’, such as chem trails. If ‘they’ are actually spraying us with chems, there is not a whole lot of ‘choice’ involved in that. I can’t really say, “well I’m just going to ‘choose’ to go around the corner, or move across town, or the country”).

Through education and awareness I now make a choice based on deeper morals and values. I could try to promote this to others by telling everybody I meet about the Vanishing of the Bees doc and trying to convince all my friends and family to stop buying almonds, but maybe they are not ‘ready’ to stop buying almonds. Maybe they really like almonds and don’t really care about my ‘sudden realization’ and I’m actually annoying them into eating more almonds..!

So we have to be careful that we don’t push people away or piss people off by our insights, epiphanies, or new belief systems. Just because we think we have seen the light or are energized by new revelations of insight and conscious awareness, others may not be at that point yet.

So it is important to try and remember to be ‘an attraction rather than a promotion’, talking the talk and walking the walk while presenting new ideas, concepts, or ways of being to those who seek or show interest.

“It is useless to fight against people’s rigid ways, or to argue against their irrational concepts. You will only waste time and make yourself rigid in the process. The best strategy is to simply accept rigidity in others, outwardly displaying deference to their need for order. On your own, however, you must work to maintain your open spirit, letting go of bad habits and deliberately cultivating new ideas.” –Robert Greene

It seems that there is becoming a very defined split between those who are awake and aware, and those who are still asleep among the masses. The old cliché that you can lead a horse to water but you can’t make them drink is somewhat true.

When you present people with the truth that challenges and goes against their insulated bubble and tightly held delusional belief systems, they often just ignore it behind the mask of denial, or they react with anger and outrage at the ‘messengers/whistleblowers/prophets’ in an attempt to remain asleep in comfortable ignorance….or they just call you crazy and turn on the T.V and watch net-flix. Lol…. or play video games. 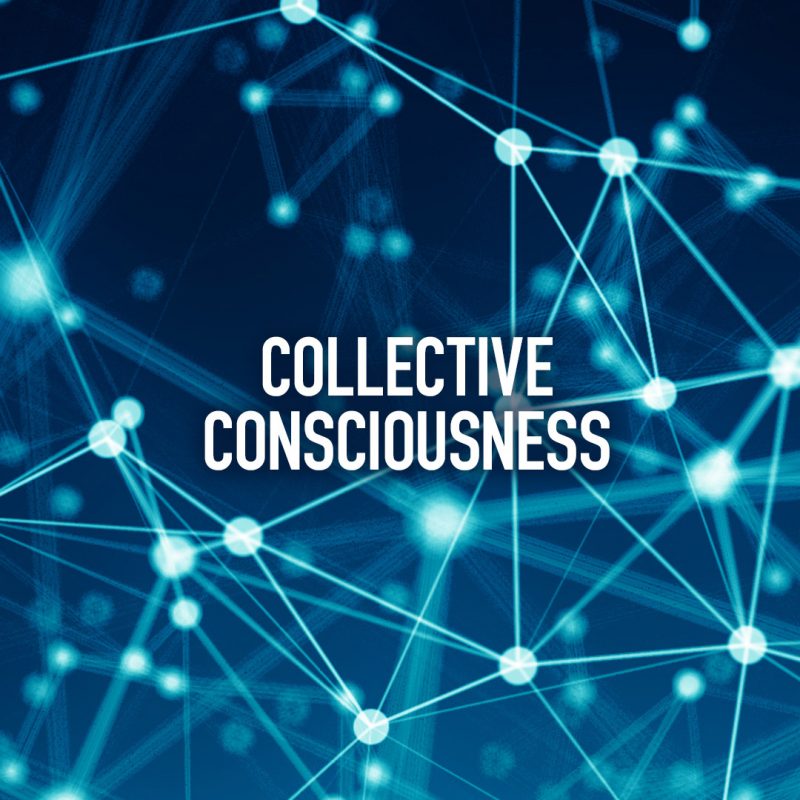 For the masses, a pseudo state of blissful ignorance somehow seems more familiar and comfortable than the stark reality about the current ‘situations’ of our world.

I could go around preaching the gospel, protesting, demonstrating… but at the end of the day, it is what it is. The world is the way it is, people are the way they are. It is futile to become frustrated and angry at the insanity of us humans’ and the ‘system and establishment’. It will only make one go ‘crazy’ themselves.

However, it can be said “that when enough people get angry, shit usually changes”. Change involves action,…and anger can definitely be the catalyst for the action that causes the change.

How can one not feel angry or outraged after watching some of the many documentaries available…? In a way, the anger and frustration is a normal, somewhat healthy, and ‘sane’ reaction to events,…whether from the past or the present. But these core emotions need to be channeled and applied appropriately, or they can become destructive and a form of extremism themselves.

So that brings me back to my simple approach of “what choices can/do I make each day…despite it all..? How can I stay ‘sane’ despite the apparent ‘insanity’ of it all..?

Peaceful acceptance of what is. 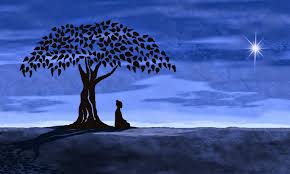 Zen Buddhism,…and walking with my dog deep in the forest, away from anybody, or anything. Yes, that may be called hiding, avoiding, or running away,…but what the hell else can we do..?

As self-proclaimed peaceful warriors seemingly caught within the cosmic and earthly battle between the dualities of good and evil and the new emerging consciousness, we almost just have to try and ride out the storm, so to speak.

Get aware, get active, get involved…but also seek shelter. It is ok to retreat and find sanctuary and solitude within the nest of reclusiveness. It is ok to feel a little unsure and afraid sometimes, but remember that fear can also be paralyzing and counterproductive. There is a difference between having a healthy fear, an uncertainty, or skepticism and an irrational paranoia.

While conspiracy theories present ‘the facts’ from a different point of view, they too can be misinformed, exaggerated, or altered to ‘fit’ the belief systems of those formulating their own ‘versions of reality’. Always remember that there are at least 3 sides to any ‘story’,…yours, mine, and the truth.

So learn to trust your gut, your intuition. This is our built-in mechanism, like a gauge, like a meter. For many it has been lost or forgotten, so now is the time to get back in touch with this new found inner awareness. There is nothing more profound than a deep inner knowing; an epiphany of truth can contain enough energy to move mountains..! 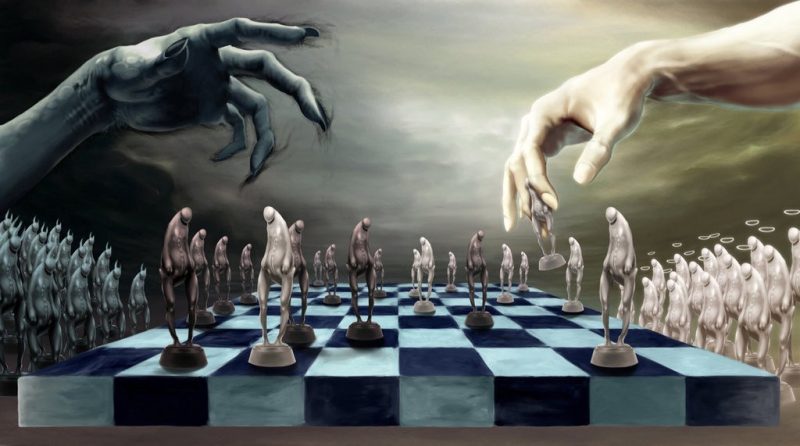 So as we may already all know, the present World War is on the Spiritual/Consciousness plane/front/realm, and although bullets and bombs may be involved, it is the seat of the soul that is at stake. Our connection to the universe and the divine has been forgotten/lost/hidden/stolen, and that is why so many people flock to yoga and meditation in an attempt to heal, to feel whole, to feel connected.

The truth is we already are, or were, whole and connected to begin with..!

It has been forgotten/lost/hidden/stolen, and like the innocence of a child, it longs to emerge, to be noticed, to be felt, to be experienced.

The knowledge can no longer be hidden and although the masses are still subdued and subliminally controlled, there is an awakening occurring that they can no longer contain. 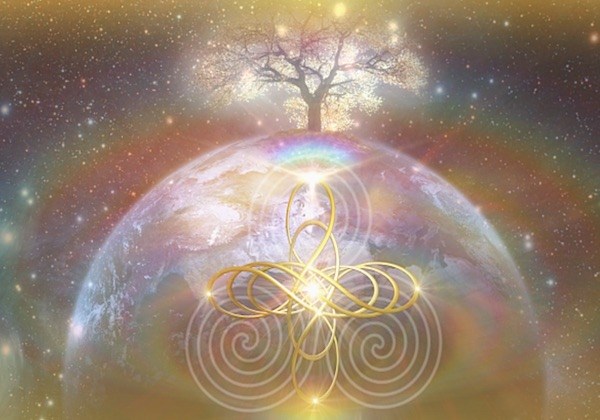 This realization and reunion is already happening in many who are becoming awake and aware in the New Emerging Consciousness.

And while it happens, I’ll still continue to not buy almonds, reside in basic goodness, walk my dog in the forest, and hope ‘they’ don’t blow the world to smithereens..!

…and I will also continue to read The New Agora…lol.