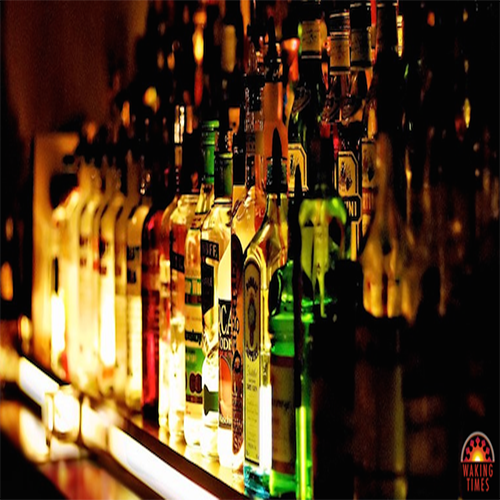 There’s no denying it that alcohol over-consumption, binge drinking and alcoholism can have some devastating effects. Nonetheless, alcohol has become so normalized in our society that moderate drinking is considered normal. Now, a new comparison between binge and moderate drinking has raised the question. Is moderate drinking much worse for the body than many of us think?

It is important to consider that “1 drink” equals to no more than 0.6 ounces of pure alcohol, 12 ounces of beer, or 5 ounces of wine.

Binge drinking effects over 20% of the US population, according to a recent report published by the U.S. surgeon general. The 2015 National Survey on Drug Use and Health (USDUH) estimates this to be even higher at 27%. Alcohol misuse in the U.S. contributes to over 88,000 deaths each year. Globally, deaths in 2012 attributed to alcohol consumption stacked up to 3.3 million.

The statistics are even more staggering when you consider USDUH’s estimate that 86% of people 18 or over who live in the U.S. consume alcohol. 56% of survey respondents reportedly drank within the last month.

How Harmful Is Moderate Consumption?

Statistics about alcohol misuse may be quite scary. But if you’re not a heavy or binge drinker, do you have to worry? New evidence suggests that even moderate alcohol consumption can be quite harmful.

In the BBC television segment below, doctors explored the difference between binge drinking and moderate drinking. Identical twin brothers each consumed 21 alcohol units. One brother drank 21 units in one night. The other had three drinks per day over the course of one week. The experiment continued for four weeks.

Doctors compared medical tests before and after the experiment. They discovered that moderate drinking was actually quite harmful to the body. Liver stiffness increased by about 25% for both the binge drinker and the moderate-drinking brother. This type of inflammation can lead to an irreversible condition called liver cirrhosis.

In addition to liver stiffness, the tests measured five different inflammatory markers in all. Over time, chronic inflammation can cause DNA damage and lead to cancer. Both brothers had significant increases in all markers, although the binge drinking twin had a more dramatic rise.

Effects of Alcohol on the Body

Drinking alcohol is very common, regardless of the negative effects on the body. But let’s consider the potential dangers. Mercola reports that alcohol consumption:

A more detailed listing of how alcohol affects all of the body’s systems can be found on Healthline.

The effect that alcohol will have on a person differs depending on various factors. These include body weight, amount of body fat and genetic makeup. Other important factors that can mitigate the effects of alcohol consumption are lifestyle choices such as diet and exercise.

“Exercise is a foundational aspect of good health, but may be even more important if you drink alcohol on a regular basis. According to recent research chronic drinkers who exercise five hours a week have the same rate of mortality as those who never drink alcohol, in large part by counteracting the inflammation caused by alcohol.” (source)

Furthermore, alcohol depletes the body of vital nutrients. It is important to ensure that if you drink alcohol, you eat foods rich in nutrients such as Vitamin C, Magnesium and B Vitamins, or take a supplement.

Milk thistle is another beneficial supplement. It contains antioxidants known to help protect the liver from toxins, including alcohol. Researchers found that the antioxidant silymarin found in milk thistle may help to regenerate liver cells.

In the U.S. alone, alcohol misuse and alcohol use disorders carry a significant social cost. An estimated $249 billion is spent on lost productivity, health care expenses, law enforcement, and other criminal justice costs.

In addition, there is the issue of codependency. What is codependency? It is a behavioral problem where people in the lives of those who are afflicted with alcohol or drug dependency engage in mutually destructive habits. It typically affects family members, friends or coworkers of heavy drinkers.

Alcohol consumption is a personal choice, similar to the foods one eats and the amount of exercise one gets. It is important to understand, though, that alcohol has many negative health effects. Even though moderate alcohol use is widespread, it does not necessarily mean that it is safe for everyone. Limiting consumption or abstaining altogether is the best way to mitigate the harmful effects on the body.

Anna Hunt is co-owner of OffgridOutpost.com, an online store offering GMO-free healthy storable food and emergency kits. She is also the staff writer for WakingTimes.com. Anna is a certified Hatha yoga instructor and founder of Atenas Yoga Center. She enjoys raising her children and being a voice for optimal human health and wellness. Visit her essential oils store here. Visit Offgrid Outpost on Facebook.

his article (Experiment Shows What Moderate Alcohol Consumption Does to Your Health) was originally created and published by Waking Times and is published here under a Creative Commons license with attribution to Anna Hunt and WakingTimes.com. It may be re-posted freely with proper attribution, author bio, and this copyright statement.