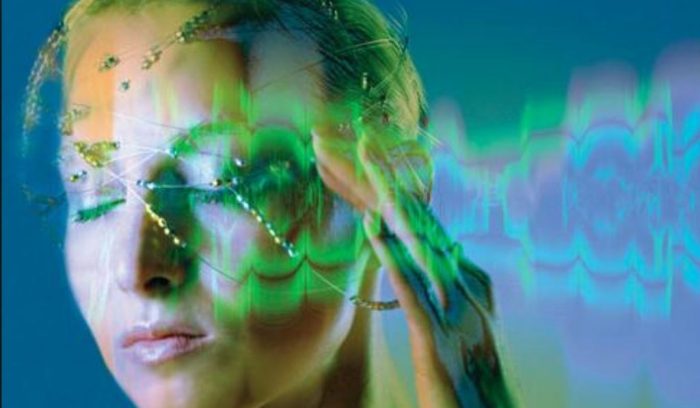 We are by nature electric; but the man-made ‘synthetic’ variety, that apes nature’s version, is not helping us to live a full and healthy life, but is rather stultifying that condition. In fact Edison, Tesla et al. were not really doing the world a favour when they invented and put to use ‘synthetic electricity’ on this planet.

It is not that they didn’t mean well, no doubt they did, but the revolution that electric light first brought about, also took man a further step away from his origins as ‘a being of nature’.

Whereas on farms and countryside areas which lagged a long way behind urban areas in acquiring electrification, incidences of such disease were barely ever seen. It was not until the 1950’s that the majority of US farms got hooked-up onto electrical power.

Somehow this information which has been known about for decades, never got into the public domain. Milham states

According to the author, in 1900 heart disease and cancer in the USA were 4th and 8th on the list of leading causes of death, and by 1940 heart disease had risen to 1st and cancer to 2nd place and have remained in that position ever since. The authors of a separate study of 1930 mortality statistics noted that the cancer rates for cities were 58.2% higher than those for rural areas; yet diets were very similar.

I am communicating this evidence in order to focus our minds on the background to the explosion of microwaved EMF ‘dirty electricity’ (Electromagnetic Field) which first arrived on the scene around 30 years ago and which has grown exponentially ever since. To a point where some 2 billion people carry a mobile phone or similar device.

What all this appears to tell us is that ‘advanced’ technology and ‘un-advanced man’ present a very dangerous equation. Almost all forms of what are sometimes referred to as ‘sophisticated technologies’ have caused havoc in the hands of a population with an undeveloped appreciation of what such man made energetic devices actually do – to man, to nature and to the biosphere.

People – well beyond the age of childhood – still love toys. And for the boys, mechanical one’s in particular. A large number of adults, it seems, never develop the instinct that all animals have, to be wary of something they know nothing about. So instead of taking a precautionary approach, millions rush to buy the latest device which, they are informed, will make their lives so much more pleasurable, so much easier and so much more comfortable. For which – if one is using one’s wits –one can substitute “so much more complicated, so much more stressful and so much more dangerous”.

But when corporations are in charge of planetary lifeand ever larger profits are the be and end to all of existence, that other story is never available, except perhaps in the very small print. So much of mankind continues to walk into a trap, set by itself to imprison itself, while thinking it has found the new freedom. And this has never been more true than with the advent of the ‘smart phone’, ‘smart meter’, ‘smart watch’, ‘smart city’ –  ‘smart everything’.

Yes, everybody wants to be ‘smart’; after all, smart accessories are fun, fashionable and cool, right? But you must first sacrifice your intelligence in order to have ‘fun’ in this toxic playground. In this world, there’s little doubt that you have to be stupid to be smart.

The paradox is making itself felt everywhere. It took half a century and millions of deaths to get a ban on cigarettes. How long will it take to get the same end with EMF’s?

If Barrie Trower, a world leading expert on electro magnetic microwave frequencies, is to be heeded – and there is very good reason to believe he should be – within less than a decade, a world wide ban of WiFi and all transmissions of EMF’s must be in place. If not, Barrie Trower warns that within 3 generations only 1in 8 children will be born healthy; and within 5 generations animals and insects will be wiped out. *

Today, just 27 minutes of a day of cell phone exposure leads to a 40% chance of developing cancer. Children pick-up 60% more radiation than adults, and because the blood-brain barrier only hardens after 20 years, the brain of children is highly susceptible.

The effect of 2 minutes on a cell phone lasts for 2 hours. The neurological disturbancesinvolved mean it can take 6 weeks for brain patterns to return to normal for people using cell phones regularly. There are 64 peer reviewed papers linking cell phone use to cancer, and Russian research has revealed high rates of miscarriages and stillborns resulting from mothers who use cell phones during pregnancy.

WiFi is a weapon of war. It should never have been invented, let alone used, even for military purposes. It is now almost impossible to go anywhere where it is not active. The frequencies to be used in the present 5G roll-out involve a further drastic raising of the transmission levels already described above. 5G uses a frequency almost identical to that used by the US military police for intensive crowd control.

Arthur Firstenberg,author and administrator of the International Appeal ‘Stop 5G on Earth and in Space’ states

“Despite widespread denial, the evidence that radio frequency (RF) radiation is harmful to life is already overwhelming. The accumulated clinical evidence of sick and injured human beings, experimental damage to DNA, cells and organ systems in a wide variety of plants and animals in large part caused by electromagnetic pollution – forms a literature of well over 10,000 peer reviewed studies.”

“If the telecommunications industry’s plans for 5G come to fruition, no person, no animal, no bird, no insect and no plant on Earth will be able to avoid exposure, 24 hours a day, 365 days a year, to levels of RF radiation that are tens of hundreds of times greater than what exists today, without ant possibility of escape anywhere on the planet.”

A number of professors from Jageillonian University Medical College in Krakow, Poland and the Janus Maxwell Institute for Electromagnetics Research, Krakow, co-writing a paper under the title ‘Electromagnetic Field Induced Biological Effects in Humans’ state:

“The intensity of electromagnetic radiation in the human environment is increasing and currently reaches astronomical levels that have never before been experienced on our planet. In today’s maximum exposure, standard EMF’s are 10 ‘to the power of 15’ and 10 ‘to the power of 18’ times higher than the natural Earth electromagnetic field.. The current phase of environmental degradation by artificial microwave frequency electromagnetic fields have become dangerous for biological life. The most influential process of EMF impact on living organisms, is its direct tissue penetration.”

As our planet – and indeed all planetary life, including humans – reel under the attack of institutionalised toxic pollutants that are considered ‘essential’ for ‘economic growth and expansion’ we have cause to reflect on the nature of our disposition for self destruction.

It is a salutary exercise which I believe everybody, who still has the capacity to function humanly, needs to meditate on from time to time. Then one can assess how many features of this disease each of us contributes to in our daily lives. Then, providing one is capable of taking rational actions, one can start the process of detoxifying and regaining a level of internal balance through establishing and maintaining a direct connection with natural background resonance; The Schuman Resonance of 8.73 Hertz.

For it is here that we find balance, peace of mind and natural wisdom. It is the electricity of truth. Whereas the synthetic electricity which we have lived amongst for the past century, turns out to be a poor copy of this truth; a force essentially alien to our natural biology.

What one does with this information is up to each individual. But, if by the grace of God and sheer human guts, we manage to save this planet and ourselves, from the suicidal addictions that obsess us, then let us build a new society without the interference of that which fails to resonate with our deepest nature. For, not doing so, simply fast forwards oncoming death. Whereas to nurture our true rhythmic relationship with the pulses and resonances of nature and of love, has the potential to make actual – the gift of eternal life.

* Barrie Trower  interview with the author:

Julian Roseis an international activist, writer, organic farming pioneer and actor.  In 1987 and 1998, he led a campaign that saved unpasteurised milk from being banned in the UK; and, with Jadwiga Lopata, a ‘Say No to GMO’ campaign in Poland which led to a national ban of GM seeds and plants in that country in 2006. Julian is currently campaigning to ‘Stop 5G’ WiFi. He is the author of two acclaimed titles: Changing Course for Life and In Defence of Life and is a long time exponent of yoga/meditation. See Julian’s web site for more information and to purchase his books www.julianrose.info