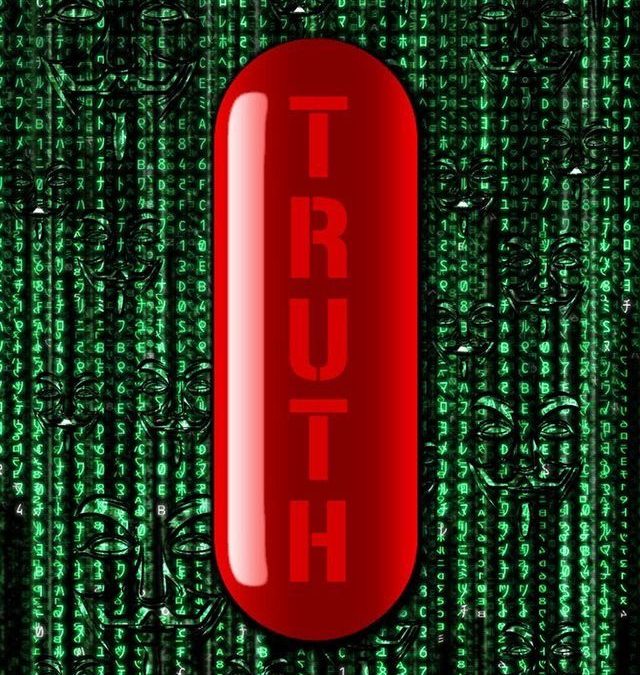 Posted on September , 2021 by Mark Tokarski

Long ago I came across the term “ponerology,” or study of evil in politics. I thought maybe I had read a book by Andrzej Łobaczewski by the name of “Political Ponerology,” but I do not have the book on hand and have no notes about it. Reading reviews at Amazon, many people found the book, translated from Polish, to be dense and poorly written. Maybe that is why I do not have it, as my memory says I once did. Maybe it was too much for me.

Nonetheless, krogers in a comment links us to this article from State of the Nation, Psychopathy and the Origins of Totalitarianism by James Lindsay. Ponerology is in the subtitle. It is long (17 pages in Word) and challenging, and took me well over an hour to read. He introduces terms like “pseudo-reality,” or false and unreal constructions that are introduced into our lives by people of evil intent, psychopaths who have nothing but schemes to acquire power and control. Right away I thought of two schemes of that nature: Climate Change and Covid. I found the whole of the article easier to grasp by thinking in terms of Climate Change, a pseudo-reality constructed by hack and quack scientists and designed to change the way we live, travel, and enjoy life. But it all applies as well to Covid.

‘The ultimate purpose of creating a pseudo-reality is power, which the constructed pseudo-reality grants in many ways,” says Lindsay, and this is easy to see in Covid, the ultimate power grab by some of the most evil and vile people the world has ever seen. Lindsay introduces the terms “paralogic,” or logic that does not have any interaction with constructive reality. If ever … a fake virus propped up by a fake test used to lock people down and destroy economies and destroy basic freedoms. Nothing about Covid is in any sense real and yet the whole world around me is frightened and masked. What power! What evil. Lindsay also coins the term “paramorality,” as with paralogic, a false morality that strides aside real moral values, an impostor. Getting the vaccine is said to be moral, a good thing to do for the safety of others, just as is installing solar panels and driving electric cars. It is all false.

I cannot recap such a long article in a blog post, as you must read it for yourself if you are so inclined. But I bring it here because Lindsay is an optimist. He calls the people behind these schemes “The Party,” as in “Politburo” or conspirators, but does not grant them infinite power:

Of note, while the Party will always identify and punish scapegoats to enable its abuses and cover up its mounting failures — which are assured due to the break from reality at the heart of its project — the Party itself is the ultimate scapegoat of the pseudo-realist project. This seemingly unlikely fact is comprehensible in the paralogic (notice how it seems illogical) and demanded by the alchemical heart of the paramorality it employs. In the end, and the end will always arrive for every specific pseudo-real project, the pseudo-reality will collapse and the Party will be blamed. (Underlined emphasis mine.)

What, then, could possibly be the answer to this perilous and perennial tangle? Fortunately, the first step, at the least, is very simple. It’s mere awareness. It is learning to recognize the constructed pseudo-reality for what it is — a fabricated simulation of reality that is unfit for human societies — and beginning to reject unapologetically any demand to participate in it. This means refusing the analysis of the paralogic (by seeing its contradictions) and being held to account by the paramorality (by recognizing its caprice, malice, and evil) that sustain the lie.

Some of the requisite courage to resist can be found by remembering that the pseudo-reality is not real, its paralogic is not logical, and its paramorality is not moral. That is, it’s not you; it’s them. Some more backbone can be dredged up by realizing that once the pseudo-real begins displacing the real for even a few percent of the population, the question is no longer whether things will go bad but how bad they will go before the bubble bursts. Reality will always win, and calamity comes in proportion to the size of the lie between us and it, so it is better to act sooner than later. Still more heart resides in grasping that it gets worse right up until a real resistance mounts, and then, after a rocky transition, it starts getting better. The time to act is therefore now.

The way resistance — just plain resistance — works is by restoring to the normal person the epistemic and moral authority necessary to resist the ideologue’s illegitimate demands to participate in a pseudo-real fraud. That is, it restores confidence in normality to the normal. No one feels ashamed of resisting a con, whatever form it takes, and this is the real phenomenon we face with any growing ideological pseudo-reality. Its paralogic and paramorality work to drain us of our sense of authority to know what is and is not true and what is and is not right. One’s authority only lacks under the assumptions of the paralogical and paramoral systems, however — that is, inside pseudo-reality — and it can be reclaimed by anyone who simply refuses to participate in the lie. Step outside of the pseudo-reality (take the “red pill,” as depicted in The Matrix), and you’ll see. (Underlined emphasis by me.)

I do not think I would have bothered with this very long piece were it not for its optimism, almost a utopian view that the evil psychopaths who run this planet cannot, in the long run, succeed. But in the short run, they are winning and making life miserable. Lindsay says above (using my words) at one point that the darkest hour is just before dawn. I think perhaps I am seeing some dawn in what Jon Rappoport suggests are perhaps forty percent of us who are not “vaccine hesitant,” a PR phrase, but rather have our feet planted in cement, no vaccine, not now, not ever.

Anyway, if you’re a reader and have some armchair time this weekend, perhaps you’ll have time to pore over this piece. I found it uplifting. I needed that boost. The article was written in December of 2020, so Lindsay was well aware of what was going on around us at that time.