Ten Things You Don’t Want to Know About Yourself 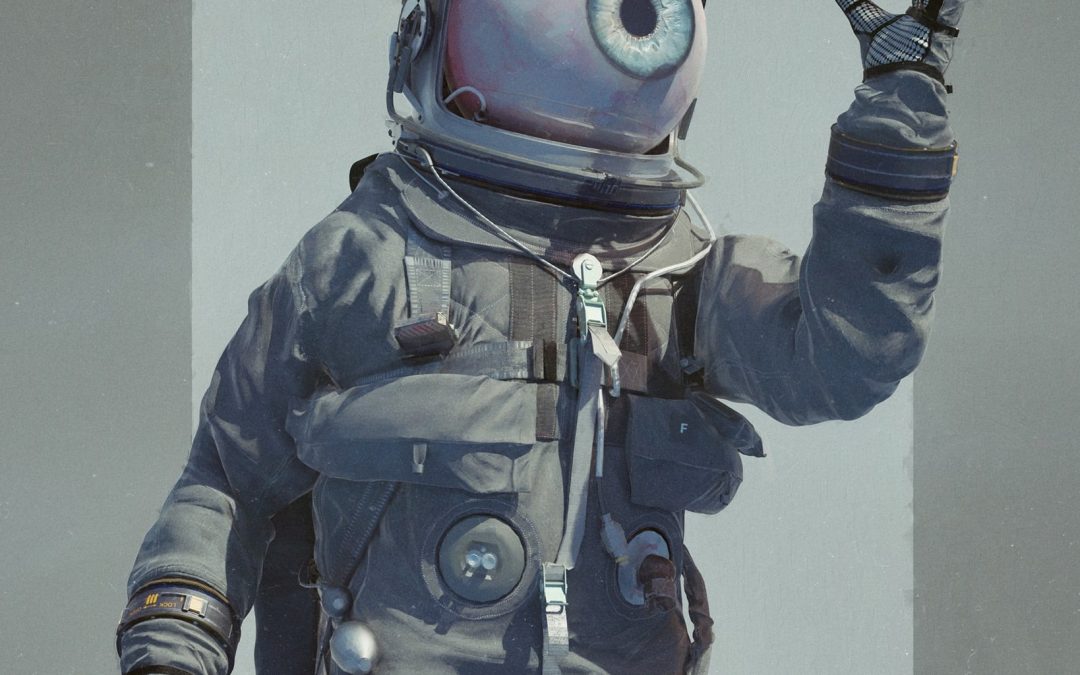 Ten Things You Don’t Want to Know About Yourself

Sick of all those self-affirmation articles? Tired of all the self-help gurus blowing sunshine up your skirt? Need something a little more grounding? More down-to-earth? More humbling? Here’s a fresh batch of wake-up calls and kicks-in-the-shin straight from the oven. Get it while its hot…

“What a chimera then is humankind. What a novelty; what a monster, what a chaos.” ~Blaise Pascal

This one is painfully obvious, but you probably need a reminder.

You are a naked ape. You are blood and bones and improbable apposable thumbs. You were born from the womb and you will one day be food for worms. In the womb, you went through all the phases of evolution: from a single-celled amoeba to a multicellular tadpole to a brain-wielding infant.

In your short life, you will piss and shit and bleed. You will rage and cry and sleep. You will go through all the profane motions of being a mortal mammal within an amoral universe. And here’s the real kick in the teeth: it’s going to hurt like hell. Hope you have a good sense of humor, because you’re going to need it.

You are terribly imperfect. You will make mistakes. More so, you are mistaken about a great many things. Most of which you will probably never admit to yourself, because admitting you are wrong is one of the most difficult things a human being can do.

But it goes deeper than that. There are fallibilities within fallibilities. It’s a veritable fractal forest of fallibility. A fractal wrongness, if you will.

You are more wrong about things than you can possibly imagine, and yet you insist. You force your wrongness. You are fierce with it, ruthlessly certain with it. You are so hungry for rightness that you bludgeon the Truth with your wrongness. All the while imagining that you are right.

You are a hypocrite by nature. By the fact that you perceive an unfathomable reality with fallible faculties. It’s not even your fault. Just the fact that you are a “you” precludes hypocrisy. The self is smoke and mirrors, masks and mayhem. More akin to a chaotic theater of actors than a single personality.

Indeed, the self is masks all the way down perceiving delusions all the way up. Hypocrisy was always inevitable. Merely the biproduct of a fallible self.

Amidst this mayhem of fallible selfhood, you will experience dissimulation and self-deception, dishonesty and deep pretension, inauthenticity and artificiality. And that’s just the tip of the iceberg. The rest is hidden beneath layer upon layer of subconscious/unconscious double-dealings, feigned sincerity, two-faced unctuousness, and the mealymouthed choruses of canting contradictions.

Your hypocrisy knows no bounds, so you might as well own up to it.

Failure is a given when you are merely a fallible, hypocritical animal going through the motions of living life in an uncertain universe.

But there is wisdom hidden in failure if you are keen to it. Setbacks can be transformed into steppingstones. Tragedy can be hardwired into comedy. Catastrophe can be whittled into accomplishment. You can build a ladder out of the shattered pieces of your life and climb out of the abyss.

But guess what? You will probably fail again. The higher you climb the farther you may fall. When it comes to failure, there is always a deeper abyss. Defeat, hard luck, and utter collapse are right around the corner. Disappointment is Accomplishment’s kissing cousin. Tragedy is Triumph’s red-headed stepchild. Today’s achievement could very well be tomorrow’s tripwire. So be it. Use it all as a sharpening stone for your all-too-mortal soul.

“We adore chaos because we love to produce order.” ~M.C. Escher

Wholeness does not imply perfection. It infers embracing brokenness as an essential part of being human. There is never a state in which you are not broken.

You are a walking, talking broken heart going through the motions of breaking apart and coming back together again. This also applies to the mind, the body, and the soul. You are constantly in a state of repair.

“There are no shortcuts to wholeness. The only way to become whole is to put our arms lovingly around everything we know ourselves to be: self-serving and generous, spiteful and compassionate, cowardly and courageous, treacherous and trustworthy. We must be able to say, ‘I am all of the above.’” ~Parker J. Palmer

You have a shadow. Even your shadow has a shadow called the golden shadow. Your shadow is your repressed or unconscious self, struggling to be liberated and more conscious. Awareness is key. Becoming aware of our shadow side is shining a light into the darkness and giving our dark side permission to shine its blacklight back into the blinding light, which creates a unity of opposites.

An empowered dark side balances out the equation of the complicated human condition. Without this balance, you risk fragile one-dimensionality and a brittle ego terrified of taking responsibility for its shadow and thus fearful of the shadow of others.

You cannot fully know yourself without knowing your dark side and embracing your shadow. Such wholeness breeds wisdom and the ability to experience the full range of what it means to be human.

7.) Your beliefs limit you:

Your beliefs are incredibly restricting. You’ve been indoctrinated to think that you need to believe. Even worse, you’ve been brainwashed to believe more than you think.

In the battle against bewitchment, all beliefs, no matter how powerful or well-intended, are a hinderance to clear thought and self-improvement.

Better to think rather than believe. Thinking that something might be true allows for error, fallibility, and wrongness. Believing that something is certainly true cuts us off from all other possibilities. Belief is all or nothing, predicated upon faith despite facts or evidence. Thought is open-ended, taking beliefs, facts, and evidence into deep consideration and then using probability and validity to discover the truth.

More importantly, thinking rather than believing allows for skepticism and questioning. It is considered blasphemous to question a belief. Whereas questioning a thought is considered appropriate. Might as well just skip belief altogether and simply take things into thoughtful consideration.

8.) You are culturally conditioned:

You are programmed to think a certain way. This programming has propped-up your identity into perceiving a particular worldview that may or may not be based in reality. It might not even be healthy. This identity tied up in your worldview is an abstraction of an abstraction, a story within a story that you’ve convinced yourself is true.

But you have the power to reprogram your programming.

We are all conditioned by culture. The key is to become aware of it and to weigh our conditioning against the truth of reality. Then recondition the conditioning. We each have our own Plato’s Cave to navigate.

The extent to which you can become aware of your own “cave” will be the extent of your flexibility, open-mindedness, and personal freedom.

“Some people are more certain of everything than I am of anything.” ~Robert Rubin

You think you know more than you actually do. Your certainty about a great many things limits your imagination, creative thinking, and ability to question. It leads to dogmatic reasoning and close-mindedness.

But you are just so certain, aren’t you? Your certitude is so powerful that you cannot see past your beliefs. Hung up on what you’ve found, you have given up the search. Your journey has come to an end. Your certainty has led you to a dead-end. You are stuck. And the only way out is to question what you think you know.

The more you question, the more you realize that the only answer that makes any sense is to keep questioning. When you stop questioning the journey for truth comes to an end and stagnation, sloth, and dogmatism begin to rule your world. Keep things in perspective by accepting that you know less than you think you do and keep questioning.

10.) Your life is terribly inconsequential:

“Don’t slip on the banana peel of nihilism, even while listening to the roar of Nothingness.” ~Lawrence Ferlinghetti

When it comes down to it, your life is a flash in the pan. It’s dust in the cosmic wind. It’s an infinitesimally insignificant spark in an unfathomably dark, unforgiving, and meaningless universe. But it is a spark.

What you do won’t matter in the grand scheme of things. But it’s very important that you do it anyway. Why? Because you are the universe attempting to become aware of itself. You are an awareness machine in an otherwise unaware cosmos. You are a meaning-generator in a reality void of meaning. You might be nothing more than a speck in the universe, but you are also the entire universe in a speck.

Either way, you will one day be dust. Your tiny insignificant life will end. Face that fleetingness with a fierceness. Laugh into the abyss. Face fear with fearlessness. Climb the highest mountain and kick God in the nuts. Rage, rage against the dying of the light. Or not. None of it will matter in the end. You will still be the butt-end of the cosmic joke. It’s all laughable. So you might as well have a laugh.

Modesty by William Adolphe Bouguereau in 1902 Touched by Clayshaper

This article (Ten Things You Don’t Want to Know About Yourself) was originally created and published by Self-inflicted Philosophy and is printed here under a Creative Commons license with attribution to Gary Z McGee and self-inflictedphilosophy.com. It may be re-posted freely with proper attribution, author bio, and this statement of copyright.