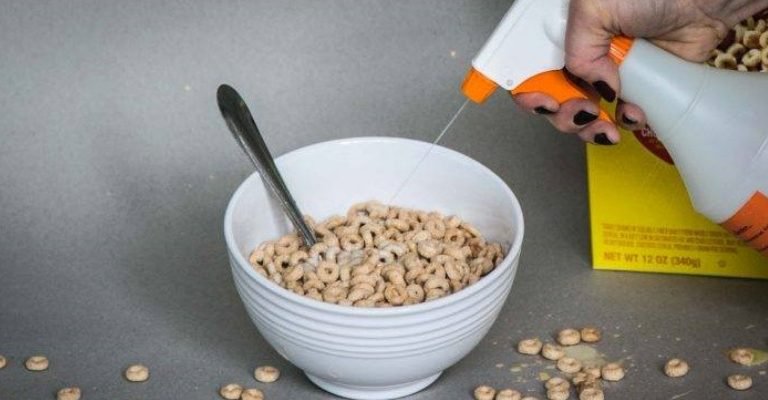 A shocking amount of the popular herbicide glyphosate, marketed by Monsanto/Bayer as RoundUp, has been found in breakfast cereals marketed to children. Even more appalling is the revelation that some of the cereals contain more glyphosate than common vitamins.

According to the results of laboratory tests commissioned by the Environmental Working Group, the amount of the toxic herbicide glyphosate “exceeded the amount of both Vitamin D and Vitamin B12” in General Mills’ Honey Nut Cheerios. More glyphosate than Vitamin A was found in Quaker Oatmeal Squares.

Glyphosate has been linked to a host of health problems that include cancer, digestive issues, and reduced fertility. A California court recently found Monsanto liable for damages relating to a cancer patient who alleged his disease was caused by exposure to the herbicide.

Despite its classification as “probably carcinogenic” to humans by the International Agency for Research on Cancer and its distinction as a chemical known to cause cancer by the California Office of Environmental Health Hazard Assessment, the herbicide is one of the most widely used in the world.

“If General Mills and Quaker refuse to remove glyphosate from these children’s cereals, then the companies should at least let parents know how much of this toxic weedkiller they may be feeding their kids. When there is more weedkiller linked to cancer than essential vitamins in kids’ cereal, parents and all consumers have the right to know.”

“The fact that these cereal makers could easily remove glyphosate from their products but have so far refused to do so should raise alarm bells with consumers and shareholders. A weedkiller linked to cancer has no place in any food, especially those overwhelmingly eaten by kids.”