The Art of Absurdity: On Unreasonable Happiness 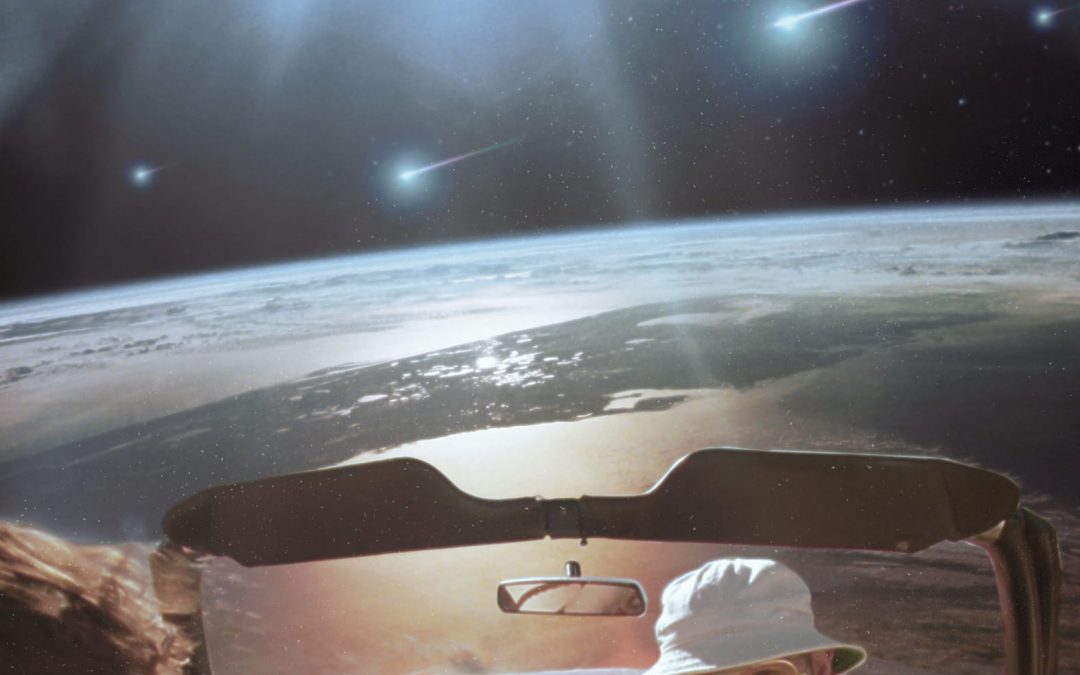 The Art of Absurdity: On Unreasonable Happiness

“Life is meaningless, but worth living, provided you recognize it’s meaningless.” ~Albert Camus

Life is absurd. We are flash-in-the-pan creatures staring vacuously into the void. We highwire walk precariously over an existential precipice of which we cannot even begin to fathom. Our mortal coils are so tight they strangle us. Alas, we have no choice but to thrust them upward into halos. We do so in vain, and yet, we must do so lest we become crushed by the infinite.

We wrestle with our knowledge of death like a snake eating its own tail. Surrounded by meaninglessness we meaningfully thrash out despite. For we are the pivot point in an infinite reality where meaninglessness and meaning collide. It becomes our duty to respond to Alpha & Beta meaninglessness with Meta meaningfulness. As Nietzsche profoundly stated, “There are heights of the soul from which even tragedy ceases to look tragic.”

This is the art of absurdity. It’s the double-edged axe of the Self chipping away at the frozen abyss that surrounds it. It’s the heightened awareness of being a creature in juxtaposition with its own existence. It’s a metaparadigm that superimposes its infinite masks over its infinite delusions. It’s the art of going Meta.

It’s absurd because nothing inherently matters. It matters because it makes things matter despite the fact that nothing matters. And around and around we go. Where we stop, nothingness knows.

But there are strategies. There are tools in the absurd artist’s toolkit. There are ways to trick the system, to un-Matrix the Matrix, to hack God. All of which require a Humor of the Most High.

“Conquer yourself rather than the world.” ~Descartes

The art of absurdity is a guillotine that cuts two ways. On the one side there’s the art of having a good sense of humor despite meaninglessness. On the other side is the art of hypocrisy.

Between the two, the absurd artist cuts. He subsumes the slice. He personifies the guillotine. He cuts off his nose despite his face sometimes, but he does so while deep in the throes of the artistic process, filled with joy verging on jouissance.

The art of hypocrisy is the art of tapping into that playful innocence that refuses to be serious but is always sincere. It counters the hypocrisy of the human condition with a sense of playfulness. From which a creative adaptation and improvisation arises.

We are fallible creatures? So be it. We are hypocritical naked apes? Might as well own it. It’s all laughable in the grand scheme of things? Might as well have a laugh. Indeed. Might as well take the absurdity of it all and make cathartic art out of it.

From catharsis—the transformation of pain into power, wounds into wisdom, demons into diamonds, absurdity into artistry—comes happiness. This happiness becomes a steppingstone out of the heavy lodestone of entropy which launches us into the heightened philosopher’s stone of exergy.

The art of which can be transcendent. And the toolkit is robust. Beyond the practice of Ego death, beyond building antifragility out of fragility, beyond planting minefields in the mind field, there is the basic alchemy of transforming the mundane into mythos.

This requires a profound sense of humor, one bordering on existential insouciance. The art of high humor, knowing that the only way to get power over power is through the higher power of a good sense of humor, is the absurd artist’s weapon of choice.

The absurd artist understands that true power comes from the transformation of anxiety into laughter, and then doubling down on the absurdity by creating art out of it. As Mark Twain said, “The human race has only one effective weapon, and that is laughter.” The absurd artist wields this weapon like a master swordsman wields a sword, cutting to the quick

As such, the absurd artist is able to turn the tables on any and all so-called authorities—from cops to kings to deities, from mortality to meaninglessness to inanities. They flip the script, especially regarding entrenched power that overreaches itself.

High humor leads to high courage and the audacity to speak truth to power. Absurd artists do so with silver-tongued proficiency—spiritually, psychologically, politically, existentially. No idol is too golden. No high horse is too high. No pedestal is too revered. No “wizard” is too veiled. No God is too godly. No title is too mighty.

If you question things far enough and long enough, Gods fall. They collapse into the ashes of their pretentious thrones. They trip over their self-righteous halos. They stumble into the puddle of their own hypocrisy. Which was really our own hypocrisy all along. For the concept of God was only ever a side effect of our anxiety over our own mortality, the residue of our thrashing about against an overwhelming Infinity. All hypocrisy is a derivative of this.

But nothing is immune to the exactness of the absurd artist’s rebellion. It’s all merely procrastinating compost anyway. It’s all just well-arranged armor that inevitably rusts. It’s all an illusion within a delusion, ad infinitum. And the absurd artist has the guillotine-esc sense of humor to reveal this absolute fact.

The higher reason of unreasonable happiness:

“There is no path to Happiness. Happiness is the path.” ~ Dan Millman

When it comes down to it, there is a trick to happiness. Happiness is not a given. When the chips are down, and our backs are against the wall, happiness is an action verb. Being happy is about collapsing into something primordial inside yourself. It’s surrendering to the primal howl.

It’s a letting go of expectations—authentically letting go—and just being present with that innate, awe-inspired, drunken smile within. That place of inner-Zen, where your heart leaps over itself like a little red trickster god despite the worst the universe can rain down.

The most important truth is this: you do not need a reason to be happy. That’s the only “formula” you will ever need. Your ego will wrestle with the idea of this, but your soul knows it to be true. But, as with most things, happiness takes discipline.

It takes a riot of the heart. It takes self-overcoming. It takes staring into the abyss and laughing, wholeheartedly, at whatever comes out of it: pain, fear, loss, grief, jealousy, anger. It takes transforming all of it into cathartic Art, the art of the absurd artist.

It takes becoming an absurd hero despite the absurd universe’s all-consuming mockery of heroism. It takes standing atop the molehill-turned-mountain of meaninglessness that presses down on you like a crushing soul-clamp and then surrendering your coal (wound) to the diamond (sacred wound). It’s declaring to the outflanking vastness of the infinite cosmos, heart aflutter with joy, throat a howl with authentic laughter, soul exuberant with high humor, “There’s more than one way to skin Schrödinger’s Cat.”

Fear and Loathing in Space by Julian Majin

This article (The Art of Absurdity: On Unreasonable Happiness ) was originally created and published by Self-inflicted Philosophy and is printed here under a Creative Commons license with attribution to Gary Z McGee and self-inflictedphilosophy.com. It may be re-posted freely with proper attribution, author bio, and this statement of copyright.