The Art of Deathproofing By Gary Z McGee 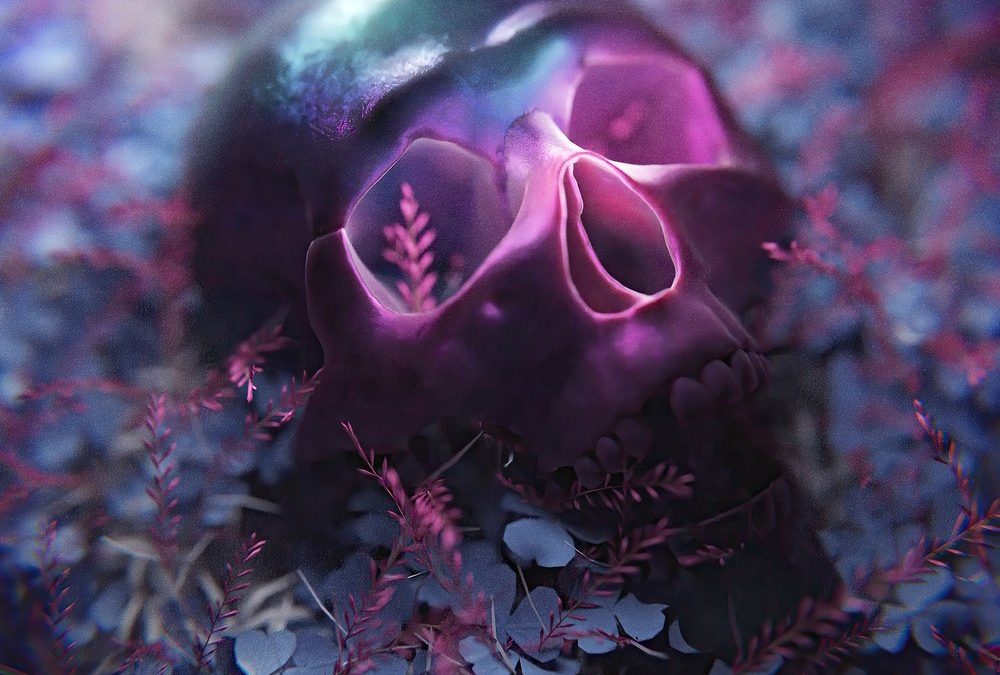 Death comes to us all. But life does not, necessarily. Most of us live life half-alive, or half-dead, depending on how you look at it. Quiet desperation tends to rule the day. Most of us merely survive rather than vitally thrive.

Embracing the unfolding self is an initiation into wholeness (individuation, self-actualization, enlightenment). Sometimes, the unfolding of the self must be put into motion by the initiate. Other times, fate, destiny, and the vicissitudes of life force the initiate into unfolding. Either way, the death of the old self is an important experience as it becomes the compost from which the new self is reborn.

Deathproofing is a hard reset. It’s an existential overhaul which causes spiritual upheaval. It’s a kickstart toward wholeness, a tripwire out of comfortable self-preservation and into self-improvement.

Heraclitus proposed the idea that all change comes through contradiction. Referring to the idea of opposite thinking as a Becoming, in which opposites are related, he wrote, “opposition brings concord. Out of discord comes the fairest harmony.” So too with deathproofing. Out of metaphorical death comes a more harmonized life.

As the great Virgil analogized, “Death twitches my ear. ‘Live,’ he says, ‘I am coming.’”

“Life is at its best when it is shaken and stirred.” F. Paul Pacult

Deathproofing is foremost a hard reset. It is a form of ego death. It is not pretend becoming. It is a proactive dive into unknown waters.

Deathproofing can either be self-inflicted or destiny derivative. In the former sense, it is self-initiated. In the latter sense it is fate-initiated. Either way, there is profound transformation involved.

We cannot control a fate-initiated deathproofing, but we can control a self-initiated one. And we can learn from both, thus sharpening the sword of our life upon the whetstone of our death.

Transformative experiences that qualify as platforms for deathproofing are ritual practices such as deep isolation, extreme fasting, solitude, near-death experiences, and entheogenic or meditative out-of-body experiences, to name a few. Such platforms are quite capable of producing transformative life-death-rebirth experiences where the initiate has the potential to pass through as a “twice-born” being.

As such, the first stage of deathproofing is to create a platform for transformative experience. This is not for the faint of heart. Nor the brittle of spirit. Courage is needed to come face-to-face with our death anxiety. The jagged little pill of fear must be swallowed. Fear must become fuel for the fire of fearlessness. Alas, we must sow a little metaphorical death if we are to reap a life well-lived.

“The devotion of the greatest is to encounter risk and danger and play dice for death.” ~Nietzsche

The alchemic phrase “solve et coagula (dissolve and coagulate)” is realized as the body becomes numinous (in death) and the numinous becomes corporeal (in rebirth).

The dance with death (deathproofing) takes place upon one of the before mentioned platforms, where a non-ordinary experience is had that transcends the old mind-body-soul dynamic and thus triggers the spiritual/alchemical process.

Beginning with calcination, the deathproofer cleanses their perception through sacred fire. Burning away the old self through a meditation on Grandfather Fire is a powerful way to calcinate. From the ashes of the outdated self the first Phoenix of self-actualization rises.

The next dance step is dissolution, where the deathproofer dissolves outdated beliefs, emotions, and ideals, thus becoming fluid as water and creating the ever-elusive flow state. Here, the deathproofer learns how to “swim” in the Alan Watts sense of the term: “What one needs in this universe is not certainty but the courage and nerve of the gambler; not fixed conviction but adaptability; not firm ground whereupon to stand but skill in swimming.”

Then there is fermentation where the deathproofer is required to extend their consciousness beyond the individual ego to encompass aspects of spirit and psyche and the numinous realms of the transpersonal self. Here, the deathproofer is launched beyond Alpha and Beta, and into Meta, where they are able to see the bigger picture through the Over Eyes gleaned from seeing things through the Overview Effect.

Then comes distillation, where the deathproofer settles into nothingness and embraces No-mind. Here, the deathproofer learns how to master mortality despite infinity. They learn how to inject meaning into an otherwise meaningless universe.

Finally, there is coagulation, where opposites unite, and sacred rebirth occurs…

If the deathproofer remains self-aware enough through their experience, then sacred alignment occurs. Abyss is united with summit. Shadow is united with light. Self becomes world and world becomes self. Demon is transformed into diamond. Heaven is dragged into Hell and turned into ashes. Hell is pulled up into Heaven and turned into mist. Death becomes the heartbeat of life. Life beats to the drum of death. All things dissolve into the interconnection of all things.

Coming out of extreme isolation, having survived a near-death-experience, or coming back to life after an entheogenic meditation on death, a profound sense of resurrection and feeling of “having shed one’s skin” manifests. Self-overcoming becomes self-actualization. The initiate becomes a twice-born being capable of radical spiritual detachment.

From this radical detachment comes a deep understanding of how everything is attached to everything else. The infinite darkness of death contrasts so powerfully with the finite light of life that meaning and purpose compounds to create a clear vision of how best to live a full life.

In the end, the reborn deathproofer overcomes the old self and empowers the new self with the magic elixir (sacred wisdom gleaned from the sacred wound of death) gained between worlds. The future is wide open. The soul-signature has been written down. Self-actualization through self-overcoming becomes a mighty tool toward leveraging the unfolding self in the face of an ever-changing universe. Life, death, rebirth, redeath—the Self jumps through the hoop of itself, and the initiate becomes the initiated by deathproofing life in honor of the fact that it will one day end.

This article (The Art of Deathproofing) was originally created and published by Self-inflicted Philosophy and is printed here under a Creative Commons license with attribution to Gary Z McGee and self-inflictedphilosophy.com. It may be re-posted freely with proper attribution, author bio, and this statement of copyright.