The Art of Ruthless Non-Violence by Gary ‘Z’ McGee 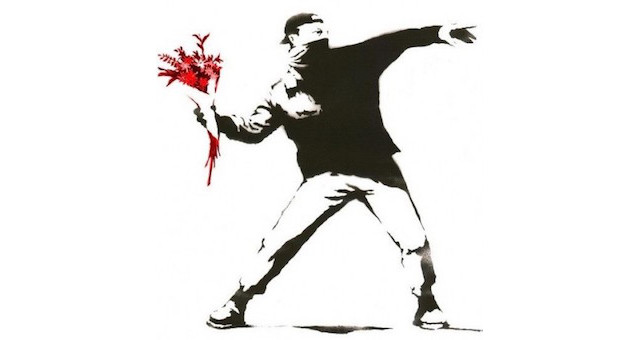 “When you see a new trail, or a footprint you do not know, follow it to the point of knowing.” ~Sioux Proverb

Ruthless non-violence sounds like an oxymoron, but it’s not. It simply means merciless non-violence, with an edge. A much-needed edge, at that. For the idea of non-violence has a reputation as being inactive, weak, and passive. Whereas, ruthless non-violence is proactive, strong, and defensive, acting on the principles of self-defense. In a world filled with mindless violence, ruthless non-violence acts as a mindful defense against entrenched power constructs with the monopoly on force. As it stands, our culture of violence is like a cart blocking the horse of non-violence from leading the way into a progressive evolution for our species. Lest Gandhi’s prediction should come true: “An eye for an eye makes the whole world blind,” we must remain circumspect against violence of all kinds.

Our Culture of Violence

We live in a violent world. We always have. But the only way that an eye for an eye doesn’t make the whole world blind is for individuals to learn self-defense, or for individuals (or a group of individuals) to hire properly trained body guards to defend them. The problem is that the term self-defense has been misconstrued in our society. It’s been inverted by such sports as mixed martial arts (MMA) which is not even about self-defense but about money, glory, and violence, the exact opposite of the core philosophy of almost every martial art. We’ve also been conditioned by statist propaganda into believing that “might makes right”; with a bloated military menacingly scattered around the globe, and a militarized police running roughshod in the streets. Neither of which are even based on self-defense, or even on defense, but on violence.

Amidst all this confusion, the individuals who are actually trying to practice self-defense are beleaguered and outflanked by a world caught up in the violence fiasco, surrounded by blindly obedient statist who are conditioned to believe that violence is the answer. It’s almost as if an Orwellian double-speak has caught everyone unaware regarding the concepts of self-defense. We need to put an end to that. Self-defense is about defense-defense! Not offense. Self-defense is non-violent. Even if someone is forced to defend themselves against violence, it is not violence but self-defense. Bottom line.

Back to the solution. The only way that an eye for an eye does not make the whole world blind is for individuals to learn self-defense, or for individuals (or a group of individuals) to hire properly trained bodyguards to defend them. People hiring body guards is how the police began. The problem is that the police, for whatever reason (probably because power tends to corrupt), moved away from defense-minded police work, based on self-defense, to offense-minded police work, based on violence. So how do we take the solution to the next level? How do we become the change we wish to see in the world? Now enters the art of ruthless non-violence.

The Art of Ruthless Non-Violence

“The sign of a perfected man and his particularity in ordinary life must be that in regard to everything happening outside of him, he is able to, and can as a worthy action, perform the perfection externally the part corresponding to the given situation; but at the same time never blend or agree with it.” ~Gurdjieff

Being ruthlessly non-violent is being mindfully present to the violence surrounding us and then being proactive regarding our self-defense tactics. It’s staring down the violent Goliath of the state, standing courageously and defiantly and declaring, “You shall not pass! And if you try, you will be met with resistance.” It’s facing the violent enemy, whoever they may be, drawing a line in the sand, and declaring, “This is where your violence ends. If you try to bring violence across this line, you will be met with resistance. As Oliver Wendell Holmes said, “Your right to waive your fist ends one inch from my nose.”

What’s important to understand about ruthless non-violence is that it is never overreaching, it is never violent, it is never offense-minded, and it never goes out of its way to force itself onto others or to enforce its values (laws or rules) upon others. It simply declares, emphatically, that no violence will be dealt to the person acting with ruthless non-violence, nor to anyone or anything he may be protecting. It’s ruthless in the sense that it does not pity violence attackers and it will not back down, unless there is a way to make peace non-violently and without oppression, extortion, or tyrannical measures taken by either side. ruthless non-violence is the non-aggression principal magnified, personified, and in your face.

Basically, it comes down to this, if you don’t hurt me, I won’t hurt you. But if you try to hurt me I will defend myself. This goes for a mob boss, a cop, a murderer, the state, or the guy at the poker table pissed off and ready to take it out on me. If the cop leaves me alone and doesn’t use violence to extort money out of me, or to enforce his hirer’s values (laws) onto me, then I will leave the cop alone, but if not, he will be met with self-defense. To do otherwise is to be a victim, a pawn, or a slave to entrenched power.

Sadly, at the end of the day, ruthless non-violence in the face of entrenched power won’t be very effective until enough people have become fully aware of the nature of their servitude and to their blind adherence to a soft slavery dictated by an overreaching, unhealthy, unsustainable, unjust, and violent state that hires offense-minded, violent cops who act like thugs with the power of judge, jury, and executioner in the streets. The solution is for people to learn self-defense or to hire well-trained body guards outside of the police who won’t become offense-minded and overreaching like cops are.

So much must be done. So much has to happen for ruthless non-violence to really be effective in our overly violent world. But that does not mean we shouldn’t practice it. It does not mean we shouldn’t lead by good, non-violent example and teach others how to do the same. The only person we can control is ourselves anyway, otherwise tyranny prevails. As it has been said, “The greatest threat to our world is the belief that someone else will save it.”

“Fallen Soldier”- The tyrannical tentacle of the state continues to hold one of our own. Gary Z McGee remains in jail for the petty offense of not pulling over quickly enough. It has been 4 months since his arrest, and still he has not had his day in court. Gary remains behind bars, guilty until proven innocent. He faces 2 to 15 years in prison if convicted. He is charged with evading arrest, and endangering a minor, because his son happened to be in the car while he was being pulled over. To release him on bail, $1700 is needed. Any donation is greatly appreciated. Let’s come together to help free this free-thinker. If you enjoy his words, and would like to contribute to his freedom…donations can be sent to his paypal account: mcgeezfund@gmail.com

This article (The Art of Ruthless Non-Violence) was originally created and published by Waking Times and is printed here under a Creative Commons license with attribution to Gary ‘Z’ McGee and WakingTimes.com. It may be re-posted freely with proper attribution, author bio, and this statement of copyright.