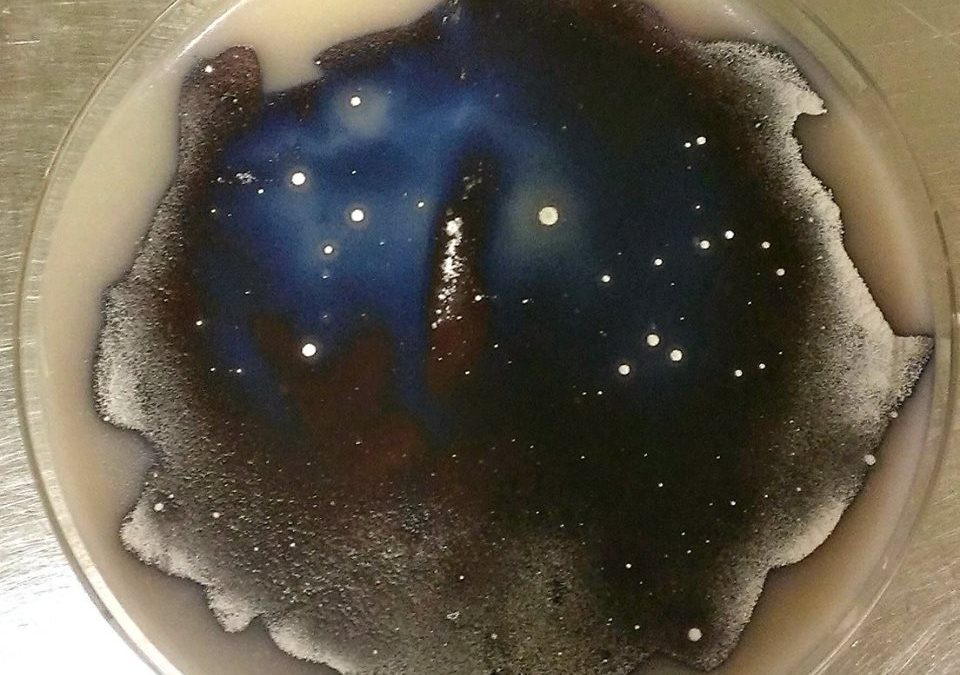 Everything is, more or less, where it was the day before yesterday, except for the usual linear progressions, from the unknown to the unknown, relative to whatever point in the process it was at, or… is at some point in the tightening gyre of its Oozlum Dance; now you see it and now you never see it again. The phenomena of the extreme leftists of our time, will prove to be much like the Oozlum Bird, when the moment comes right.

Would you like to see how real and how intense the war against sanity, normality, morality and humanity has gotten? Do not look overlong upon this abyss! Indeed, we do not wrestle against flesh and blood, but against corporations, against Satanic powers, against the wealthy rulers of the darkness of this world, against a spiritual wickedness in high places.

Whatever it is my friends, it is getting closer by the day. Whatever the center was that we had, it cannot hold much longer. I can see, in the holographic future presentations of my mind, incandescent whirlpools that are being generated out of the physical being of each and every one of us and the whirlpool is spiraling upward, or corkscrewing downward, depending on the inclination of that portion of mind that is resident in each corporate form.

I have maintained, for as long as I can remember… that Heaven begins where your feet touch the Earth and the same can be said for the entrance to the Hellish regions. Like water swirling down a toilet bowl, with each rotation, the water passes into another level of being, until it disappears into the unknown nether lands.

Did you ever imagine the day would come when we would enter the realm of Kiddie Frottage and the powerful and wealthy among us would be promoting it as a legitimate human enterprise? Look at these photos my friends. We are in a Grand Guignol of ever widening depravity; a flaming and explosive hog lagoon of perversity, a burbling and infectious sexual cesspit, far more toxic than the Ebola outbreak in The Congo.

Yeah… nothing happened yesterday, earthquake-wise but… wait a minute, wait a minute… what I have noticed about all the expected events, waiting off stage in ‘the green room’ or round the never bending end corner is that everything is nearly always late. Sometime this could well be due to divine compassion. I can see Abraham pleading with the lord about righteous men, as the number diminishes. Lot got out. His wife didn’t. For those with some acumen in Gematria, the pillar of salt thing, like everything else in the Old Testament, resolves into a different meaning once the juxtaposition of letters and numbers is effected. Some might well say I have too great a fascination with dead sciences, including Phrenology. My response is; never pass judgment on what you don’t know anything about. At least give it a cursory look see. Then you can provide an informed- “I don’t know.”

We are so close to something world shaking taking place! Look at the replicating absurdity that Rolodexes through our days and nights. Reality has been turned upside down and sodomized by troglodytes, while CNN and the rest of the false narrative junkies, film it with attendant commentary. The truth lies beaten, bleeding and alone in a filth ridden alley behind a Chinese restaurant. If you weep, you weep alone. The corpse has been stripped and the parts sold off by cartoon auctioneers from Goldman Sachs.

Look at what is going on that most of us haven’t even heard about! Meanwhile… remarkable and touching events are taking place as well, in counterpoint to all of the outrages of our times. God is real!!! So is Lady Nature!!! The actual existence of everything else is questionable …but on those two accounts, they are as real as real gets.

As Materialism intensifies, the degree of spiritual darkness concentrates. As materialism intensifies, the heat increases from the friction of desire bodies in passage; doomed ships in the night. Ah… the temporary nature of manifest existence! I really should be wearing a white lab coat with a stethoscope around my neck as I perambulate through this open air mental institution. The primary by products of materialism are; insanity, garbage and then you get confusion, despair, a pervasive disbelief in anything that the senses do not report, attended by ennui and weltschmerz and all kinds of bad behavior.

The author of it all has said, “’Whenever virtue subsides and vice prevails, I manifest Myself, for redemption of the virtuous, annihilation of the vicious and for the establishment of Religion in every Age.” Can anyone doubt that we are in such a time now? What a tale of stunning arrogance this is! How far divorced was this person from the responsibilities of her position? We have stated over and over here that Mr. Apocalypse is present and accounted for and he is increasing the force of that presence by the day. He told me that he was going to show up “in the middle of them and pull their pants down in front of the world.” Can anyone doubt this is taking place? Look at the public behavior of certain politicians and business people. The manner in which they are acting out is inexplicable. But wait… wait for it. Wait for the ineffable, or an unreasonable facsimile, to show up inside their heads and begin informing them of their situation. Think this won’t happen? I assure you it will.

It is going to be much like the Battle of the Morranon. Remember how all of the servants of The Dark Lord lost their minds and went running off in all directions? What is the weakest link that we have? Our minds. This is how the spiritual battle is won and why it is over before it begins. The Lord of Hosts is resident, in some fashion, within every one of us. It is the life in us. Otherwise there would be no life. It is the motive power of all action because it is the source of all power! How about that? How about that? “Yeah though I walk through the Valley of the Shadow of Death, I shall fear no evil.” Why would that be? Right.

My suggestion to everyone is to get right with master of all things or… you will be gotten right. Life is in a constant state of adjustment to the divine equilibrium. It depends on how far out of balance you are and on that depends how intense and dramatic will be the force bringing you back into balance (shudder).

For reasons I can’t account for, other than the hypnotic spell of the dream state, whose belief system is manipulated by desire/the attractive force; desire being the agent of God’s will… people are out of wack and some, seriously out of wack. When that gets to pronounced, the divine will is engaged and Lady Nature is set into motion and at every point on the vast web of existence, that which is relative to the circumstance is made operational.

The whole spectacle of life is a movie. It is a movie that is played on a backing screen and when the movie ends, all that remains is the backing screen. In this movie, life lessons are learned on the playing field of Time, Space and Causation;

We are here to learn to be in tune. As Rabindranath Tagore once said, “God respects me when I work but he loves me when I sing.” or as visible says (grin); the spirit of God sings through everyone but sometimes it carries a tune. All of our suffering is caused by being out of touch with the ineffable and is the product of ignorant desire; not wanting the right thing. There is one true objective and that is Self Realization, everything else is some form of delusion, all of which ends when Self Realization occurs.

If you want SR with all your might, or more than anything else, it will be yours, guaranteed! …and then what happens? “seek ye first the kingdom of God, and his righteousness; and all these things shall be added unto you.” Sounds like a plan. I reflect, not infrequently, on how stupid I had been, in former times, not catching the ‘visceral‘ truth of this. Following that, I am floored by the magnanimity of the ineffable at forgiving me for all the errors of my previous ways. It is good to remember, that every master has a secret life of shame. We don’t usually hear about it because it gets erased (unless it is a needed teaching moment) by the all encompassing love and forgiveness of the divine.

Consider in times to come, that link in the beginning of this post, about the abnormal sequencing of all of these after-shocks and see if that doesn’t feel a lot like someone shaking your shoulder and saying, “wake up… wake up” Sooner or later though, the more impressive shaking will begin.