‘The Calculated Subversion of Humanity’ and how to resist it 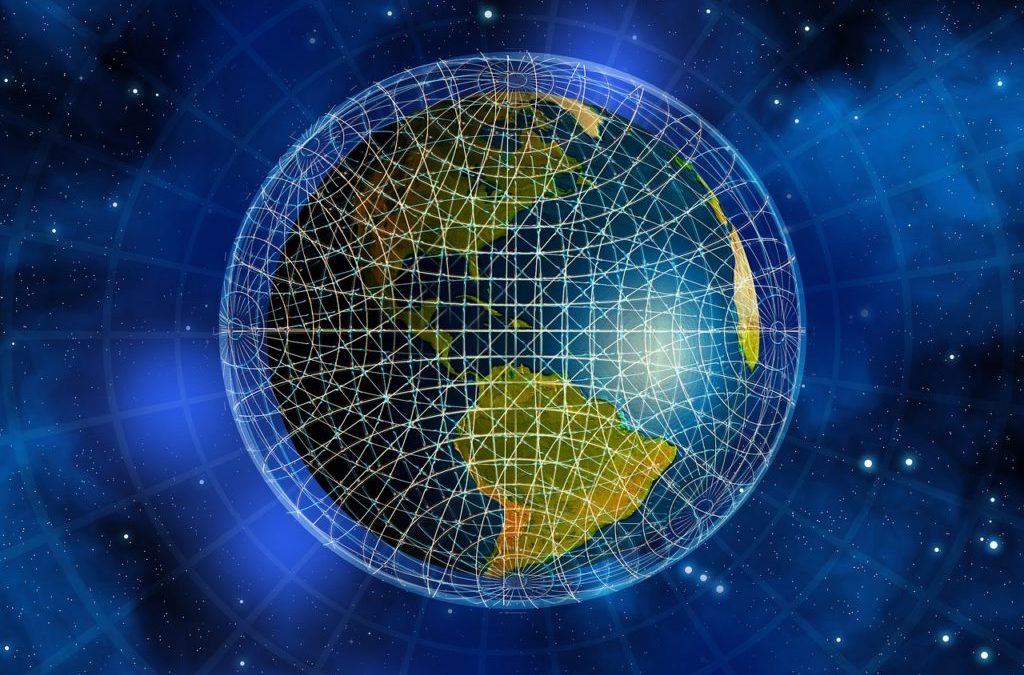 As we transition into 2020, our World is in the grip of a deliberate attempt to destroy the fundamental values upon which all civilised life depends.

Humanitarian values of love, kindness, compassion and mutual support – are being deliberately blocked, distorted and down-graded as part of a global propaganda regime designed to indoctrinate the people of this planet into selfish, materialistic and essentially passive ‘convenience’ lifestyles.

Today’s ‘world media headlines’ are strictly confined to reflect the ethos of the corporations that sponsor and control them. That ethos is profit and power –  the methodology is coercion.

As if this wasn’t enough – a huge push is being made to sell ‘global warming/climate change’ as the definitive cause of various predicted ‘extinction events’ which, we are told, will bring about the collapse of all the natural systems that supply humanity with its present needs. Fear is being used as the primary tool for the uptake of this doctrine.

The villain chosen to lead this war against humanity is a harmless natural gas called carbon dioxide (CO2) which is now being cited as the undisputed killer of all killers, by governments, corporations and multi millionaires – who just yesterday were claiming fossil fuel energy as the only way that global industry can maintain necessary levels of production to meet the needs of the majority of the world’s people.

Soros, Rockerfeller, Rothschild, Zuckerberg, Gates and fellow members of an elite cabal, have noted that even more money can be made out of managing a ‘green economy’ than a dark brown one.  Green New Deal – aka ‘the fourth industrial revolution’ – is their current slogan for capturing and controlling all aspects of the green marketplace. Under the cooked-up pretext of preventing global warming/climate change.

While public attention is turned towards this planet-wide deception – telecom corporations are rolling-out their deeply toxic 5G microwave technologies, as the so-called ‘smart solution’ to just about everything.  A solution that perfectly fills the bill for these corporations, since it makes mankind a servant to the machine rather than its master. In this case, the 100% wireless machines that exert a rapidly tightening control over all aspects of our daily lives as well as 100% surveillance of all our activities, from the bedroom to the boardroom.

Surveillance, that comes from largely invisible weapons, whose radiated microwave emissions wage a highly destructive war on all human, animal, insect and plant life of the planet; leading to the subsequent introduction of ‘Artificial Intelligence’ as a synthetic replacement for sentient human beings. A subject I deal with at length in my new book Overcoming the Robotic Mind.

All of this, you understand, is being spun on the back of a purported ‘climate emergency’ and the subsequent need for a Green New Deal – as a means to make money from this emergency.

But, let us tell the facts: the world is not warming, the climate change that is occurring – and the climate is always changing – is doing so not due to an excess of CO2, which constitutes just 0.039 % of atmospheric elements – but due to unreported human and natural causes. Unreported because mainstream media defends the great deception, and not the truth.

The most significant ‘human’ causes associated with the disruption of the climate at this time are atmospheric aerosol geoengineering (chemtrails), ubiquitous electro-smog, HAARP ionospheric heaters, war and war games.

The most significant ‘natural’ causes come from changing sun spot activity, a weakening magnetosphere, the shifting poles and changes in ocean current oscillations – amongst others.

‘Green New Deal’ (Fourth Industrial Revolution) is neither green, nor new, nor a deal. It is an unprecedented scam, which, if put into effect, will involve a global mining operation many times greater than than the one which produces the world’s present requirements for oil, coal and gas – combined. The objective, as stated by the leading institutions promoting it – is ‘Zero Carbon’.

To switch the world over to the new renewable energy machinery necessary to generate 100% of the population’s manufactured energy requirements – will require the construction of a vast new corporate-owned and taxpayer-sponsored infrastructure. One whose ‘non-green’ embedded energy requirement would far outstrip the amount of genuinely green energy subsequently generated.

A vast manufacturing programme which would involve the mining and processing of exponential volumes of fossil fuels and rare earth minerals in every region of the world – raising the spectrum of the almost certain extinction of our species.

It is surely abundantly clear that this is an entirely insane idea, which would be immediately consigned to the dustbin, if anyone still capable of rational human thought was at the helm of world affairs.

Yet this is the present agenda being proposed by leading Green NGOs, governments, bankers, super-states, billionaires and even well-paid climatologists; all of whom have demonstrated themselves to be immune to the fact that they are pushing forward a programme which combines  genocide, ecocide and homicide all rolled into one. A ‘big brother’ overseen global package, under the perverse and twisted moniker of ‘sustainable development’. Brain-child of the two-faced United Nations.

SOLUTION: We need Resistance. Absolute, uncompromising and sustained resistance – until our job is done – and the perpetrators of this anti-life programme have been unceremoniously removed from their despotic thrones. Such an action has to be done in order to enable the flowering of ‘true humanity’ to finally take centre stage – leading to an unstoppable process of global healing.

For this flowering to become manifest, we need decentralised, people-led local economies and local – not central – governance. The imperative is for ‘we the people’ to now take back full control of our destinies and reclaim our true relationship with nature and with each other; before both we and nature are beyond the point of being rescued.

That means the propagation of truly ‘human scale’ ecological and community oriented land management practices, skilled civil engineering and traditional artisan building programmes and farming methods that ensure the widespread availability of nutritious, fresh ‘real food’ – as well as essential quality-crafted products that are built to last. It means an end to vast banker-led global marketing and centralised energy distribution structures, and an end to the supermarket ‘convenience’ stores that sell over-packaged, overpriced, over travelled, and overrated fake foods.

We are talking about a major shift of emphasis that rids this world of the agrichemical and genetically modified toxic foods responsible for an ever larger number of people getting ever more sick; while real farmers lose their ability to survive, due to consumers abandoning them for the very corporations that are systematically destroying the resource base of the planet.

Let an aware body of citizens become firmly established – and lead by example – thereby demonstrating that they will not live ‘the life of hypocrisy’ ubiquitous amongst the political class of the planet, with all the disastrous results that follow.

The first major step in all this, is to demonstrate that we can be responsible enough to govern ourselves, according to the deeper values we claim to believe in. For only once a ‘responsible’ self-governing foundation is firmly laid, can that which follows reflect the true path of spiritual and human evolution which is our ever beckoning destiny.

Julian Rose is author of  ‘Overcoming the Robotic Mind – Why Humanity Must Come Through, now available from independent book stores and Amazon. See www.julianrose.info for more information.

Julian is an international activist, writer, broadcaster, organic farming pioneer and actor.  In 1987 and 1998, he led a campaign that saved unpasteurised milk from being banned in the UK; and, with Jadwiga Lopata, a ‘Say No to GMO’ campaign in Poland which led to a national ban of GM seeds and plants in that country in 2006. Julian is currently campaigning to ‘Stop 5G’ WiFi.