The COVID vaccine and depopulation; the beginning of the trail 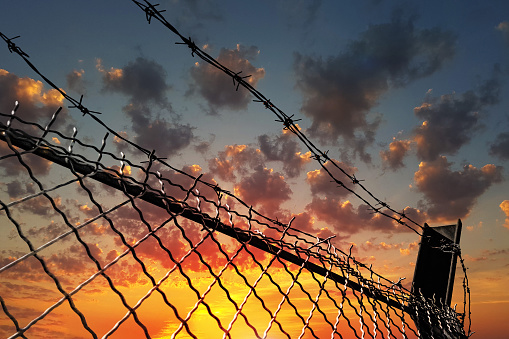 Since the rollout of the COVID vaccines, reports of bleeding, irregular menstrual cycles, and miscarriages have surfaced.

“…as of Feb. 12, the Vaccine Adverse Event Reporting System (VAERS) had already received 111 reports of adverse events experienced by women who were pregnant at the time of their Pfizer or Moderna injection…”

“The first such report was submitted Dec. 22, just 10 days after authorization of the Pfizer vaccine. Nearly a third (31%) of the women had miscarriages or preterm births, which occurred within as little as one day of injection — the majority after a single dose of vaccine.”

“The descriptions of miscarriages and premature births accompanying the VAERS reports are tragic and hair-raising.”

“For example, a 37-year-old who received her first dose of the Moderna vaccine at 28 weeks of pregnancy, just after an ultrasound showed a healthy placenta, was discovered to have ‘significant placenta issues just one week later.’ A repeat ultrasound showed that the placenta had ‘calcified and aged prematurely,’ leading to recommended hospitalization for the duration of her pregnancy.”

“A 35-year-old, also vaccinated at around 29 weeks of pregnancy, ‘noticed decreased motion of the baby’ two days after receiving the Pfizer injection. The following day, ‘the baby was found to not have a heartbeat’.”

“…the World Health Organization on Jan. 27 issued guidance advising against pregnant women getting Moderna’s COVID vaccine — only to reverse that guidance two days later, as The New York Times reported.”

“Documented risks of vaccination during pregnancy include miscarriage as well as neurodevelopmental problems arising from maternal immune activation (an inflammatory response in the mother that can harm fetal brain development).”

Concerning that last paragraph: Before the experimental RNA COVID vaccines were authorized, RNA technology had experienced failures and serious problems in clinical trials—because the immune system went into overdrive. It is this immune hyper-response that may be responsible for the recent reported miscarriages and pre-term births; the body basically attacks itself.

This RNA effect is documented in studies published before 2019. The vaccine makers and public health agencies are well aware of it.

But this is just the beginning of the story, because what is happening to vaccinated women now may be part of a much larger history, involving extensive research on medically induced birth control—also known as population reduction.

In the vaccine research community, it’s an open secret that the Rockefeller Fund, the UN, and other groups have been backing the development of vaccines that function as agents of population reduction. This work has been going on for decades.

What follows are examples of the evidence. They cite the Third World as the target, but no one should take that as a hideous sign that depopulation efforts are confined to one group of countries. These efforts are universal.

The late well-known journalist, Alexander Cockburn, on the op ed page of the LA Times, on September 8, 1994, in his piece “Real U.S. Policy in Third World: Sterilization: Disregard the ’empowerment’ shoe polish–the goal is to keep the natives from breeding,” [2] reviewed the infamous Kissinger-commissioned 1974 National Security Study Memorandum 200, “which addressed population issues”:

“… the true concern of Kissinger analysts [in Memorandum 200] was maintenance of US access to Third World resources. They worried that the ‘political consequences’ of population growth [in the Third World] could produce internal instability … With famine and food riots and the breakdown of social order in such countries, [the Kissinger memo warns that] ‘the smooth flow of needed materials will be jeopardized.’”

In other words, too many people equals disruption for the transnational corporations, who steal nations from those very people. Therefore, reduce the population.

Therefore, develop a vaccine that does that job.

Journalist Cockburn, in his LA Times piece, goes on to say that the writers of the Kissinger memo “favored sterilization over food aid.” He notes that, “By 1977, Reimart Ravenholt, the director of AID’s [US Agency for International Development] population program, was saying that his agency’s goal was to sterilize one-quarter of the world’s women.”

Here is an astonishing journal paper. November, 1993. FASEB Journal, volume 7, pp.1381-1385. Authors—Stephan Dirnhofer et al. Dirnhofer was a member of the Institute for Biomedical Aging Research of the Austrian Academy of Sciences.

A quote from the paper: “Our study provides insights into possible modes of action of the birth control vaccine promoted by the Task Force on Birth Control Vaccines of the WHO (World Health Organization).”

A birth control vaccine? Yes. A vaccine whose purpose is to achieve miscarriages. This particular vaccine was apparently just one of several anti-fertility vaccines the Task Force was promoting.

And yes, there is a Task Force on Birth Control Vaccines at the WHO. This journal paper focuses on a hormone called human chorionic gonadotropin B (hCG). There is a heading in the FASEB paper (p.1382) called “Ability of antibodies to neutralize the biological activity of hCG.” The authors are trying to discover whether a state of non-fertility can be achieved by blocking the normal activity of hCG.

This hormone helps sustain pregnancy. If the immune system can be trained to attack it, pregnancy will collapse and a miscarriage will occur.

“Three major approaches to contraceptive vaccine development are being pursued at the present time. The most advanced approach, which has already reached the stage of phase 2 clinical trials, involves the induction of immunity against human chorionic gonadotrophin (hCG). Vaccines are being engineered … incorporating tetanus or diptheria toxoid linked to a variety of hCG-based peptides … Clinical trials have revealed that such preparations are capable of stimulating the production of anti-hCG antibodies…”

The authors are talking about creating an immune response against this female hormone. Training a woman’s body to react against one of its own secreted hormones. The authors state, “The fundamental principle behind this approach to contraceptive vaccine development is to prevent the maternal recognition of pregnancy by inducing a state of immunity against hGC, the hormone that signals the presence of the embryo to the maternal endocrine system.”

Stop the female body from recognizing a state of pregnancy. Get the body to treat the natural hormone hCG as an intruder, a disease agent, and mobilize the forces of the immune system against it. Create a synthetic effect, an engineered effect, by which the mother’s “maternal endocrine system” does not swing into gear when pregnancy occurs. The result? The embryo in the mother is swept away by her next period—since hGC, which signals the existence of the pregnancy and halts menstruation cycles, is now treated as a disease entity.

The authors put it this way: “In principle, the induction of immunity against hGC should lead to a sequence of normal, or slightly extended, menstrual cycles during which any pregnancies would be terminated…”

Miscarriage would then be the “normal” state of affairs.

“During the next decade the world’s population is set to rise by around 500 million. Moreover, because the rates of population growth in the developing countries of Africa, South America, and Asia will be so much greater than the rest of the world, the distribution of this dramatic population growth will be uneven…”

Two other vaccine methods are described. They “aim to prevent conception by interfering with the intricate cascade of interactive events that characterize the union of male and female gametes at fertilization.”

In a letter to The Lancet, p.1222, Volume 339, May 16, 1992, “Cameroon: Vaccination and politics,” [5] Peter Ndumbe and Emmanuel Yenshu report on their efforts to analyze widespread popular resistance to a tetanus vaccine given in the northwest province of Cameroon.

Two of the reasons women rejected the vaccine: it was given only to “females of childbearing age,” and people heard that a “sterilizing agent” was present in the vaccine.

Indeed, these are the charges leveled against past tetanus vaccine campaigns in Kenya and the Philippines. In Kenya (2014), an intense standoff occurred—with the Catholic Doctors Association and Kenyan Catholic Bishops on one side, and the Kenyan government Health Authority on the other.

Both sides claimed they tested vials of the tetanus vaccine. The Catholic groups’ lab report indicated the vaccine contained hCG; the Health Authority’s report indicated no hCG was present.

“According to a statement released Tuesday by the Kenya Catholic Doctors Association, the organization has found an antigen that causes miscarriages in a vaccine being administered to 2.3 million girls and women by the World Health Organization and UNICEF. Priests throughout Kenya reportedly are advising their congregations to refuse the vaccine.”

“’We sent six samples from around Kenya to laboratories in South Africa. They tested positive for the HCG antigen,’ Dr. Muhame Ngare of the Mercy Medical Centre in Nairobi told LifeSiteNews. “They were all laced with HCG’.”

“Dr. Ngare, spokesman for the Kenya Catholic Doctors Association, stated in a bulletin released November 4, ‘This proved right our worst fears; that this WHO campaign is not about eradicating neonatal tetanus but a well-coordinated forceful population control mass sterilization exercise using a proven fertility regulating vaccine. This evidence was presented to the Ministry of Health before the third round of immunization but was ignored’.”

In the present situation, we have COVID vaccines. They’re being injected all over the world. Women are making reports of bleeding, disrupted menstrual cycles, miscarriages, pre-term births.

There is a long history, extending to the present day, of elite groups researching and deploying vaccines designed to terminate pregnancies, for the purpose of depopulation.

The elite groups and players behind the current “pandemic”—the WHO, UN, Bill Gates, Rockefeller Institute, etc.—are the same groups who have been developing depopulation vaccines.

This is called a clue.

It lights up like a giant sign, at the beginning of the trail of investigation into the use of COVID vaccines for depopulation.

More coming in the next article…